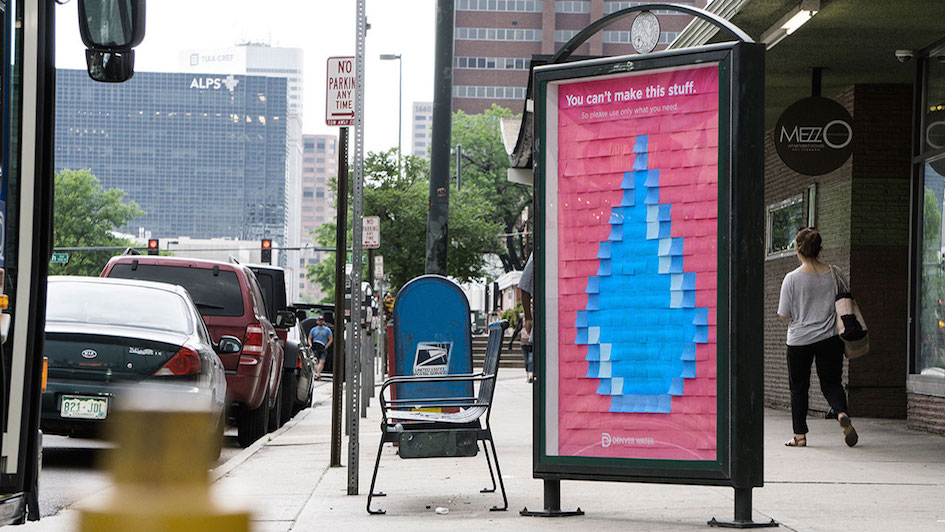 After Denver Water set a goal in 2006 to reduce water use by more than 22% over the period of ten years, the “Use Only What You Need” campaign was started in order to relay the message of responsible water use. Thanks to the ingenious ad moves made by Sukle Advertising, a 21% reduction rate was reached in only three months and continues through today.

Even though Denver’s water consumption has never been lower, the campaign has become a sort of tradition which is why its message is advertised this year as well in their usual creative way. The headline of this year’s campaign is “You Can’t Make This Stuff” and the agency used materials like Legos, yarn, string, post-it notes, and soda cans to create ten unique works of art that can be seen on bus shelters across Denver. 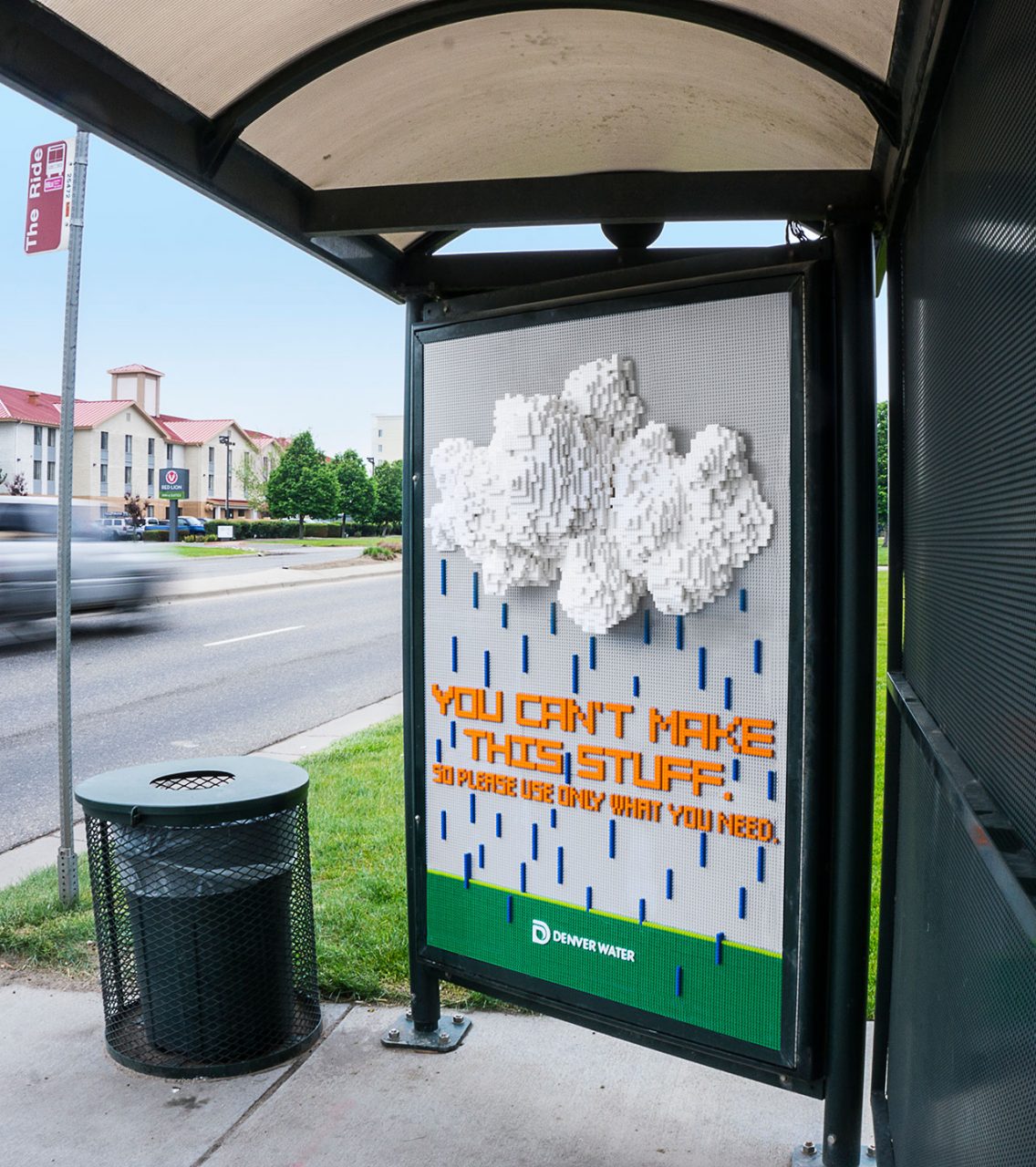 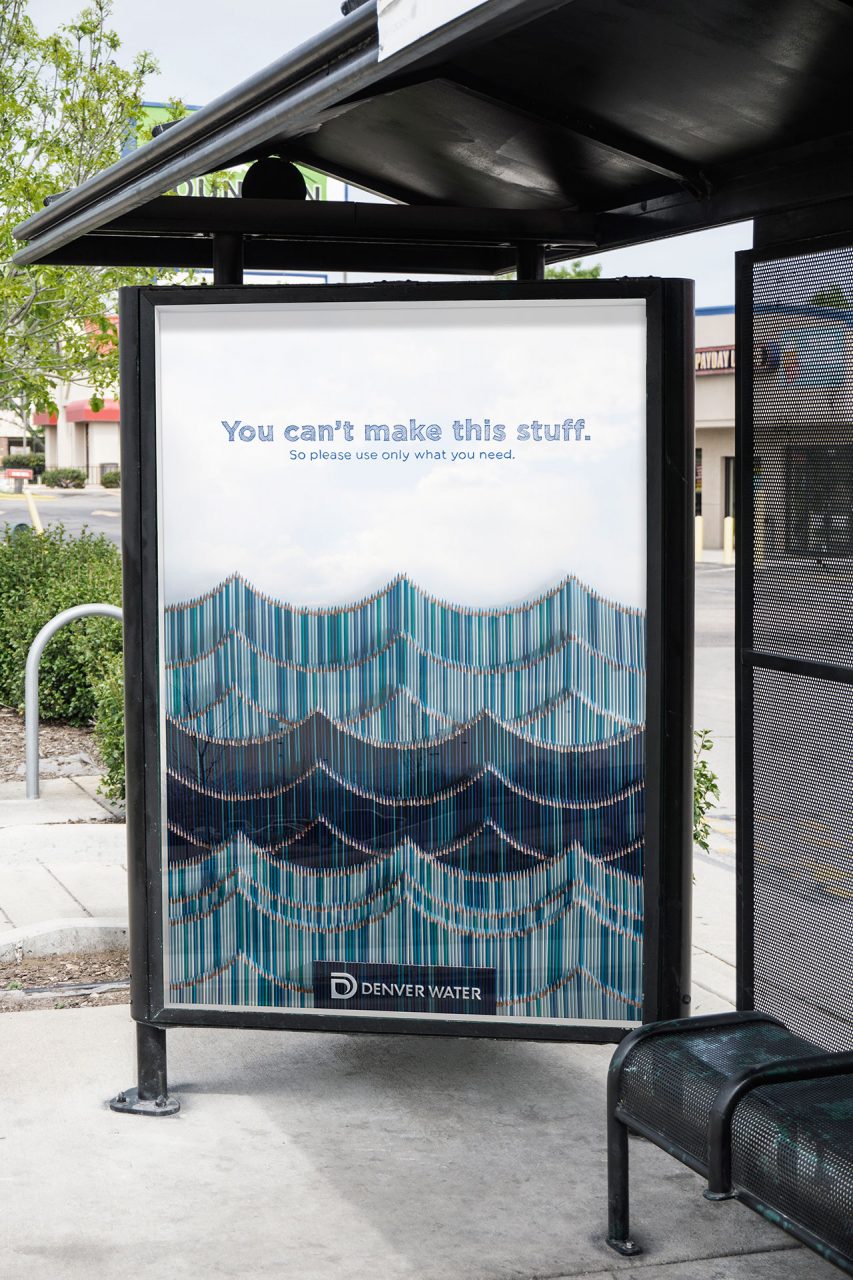 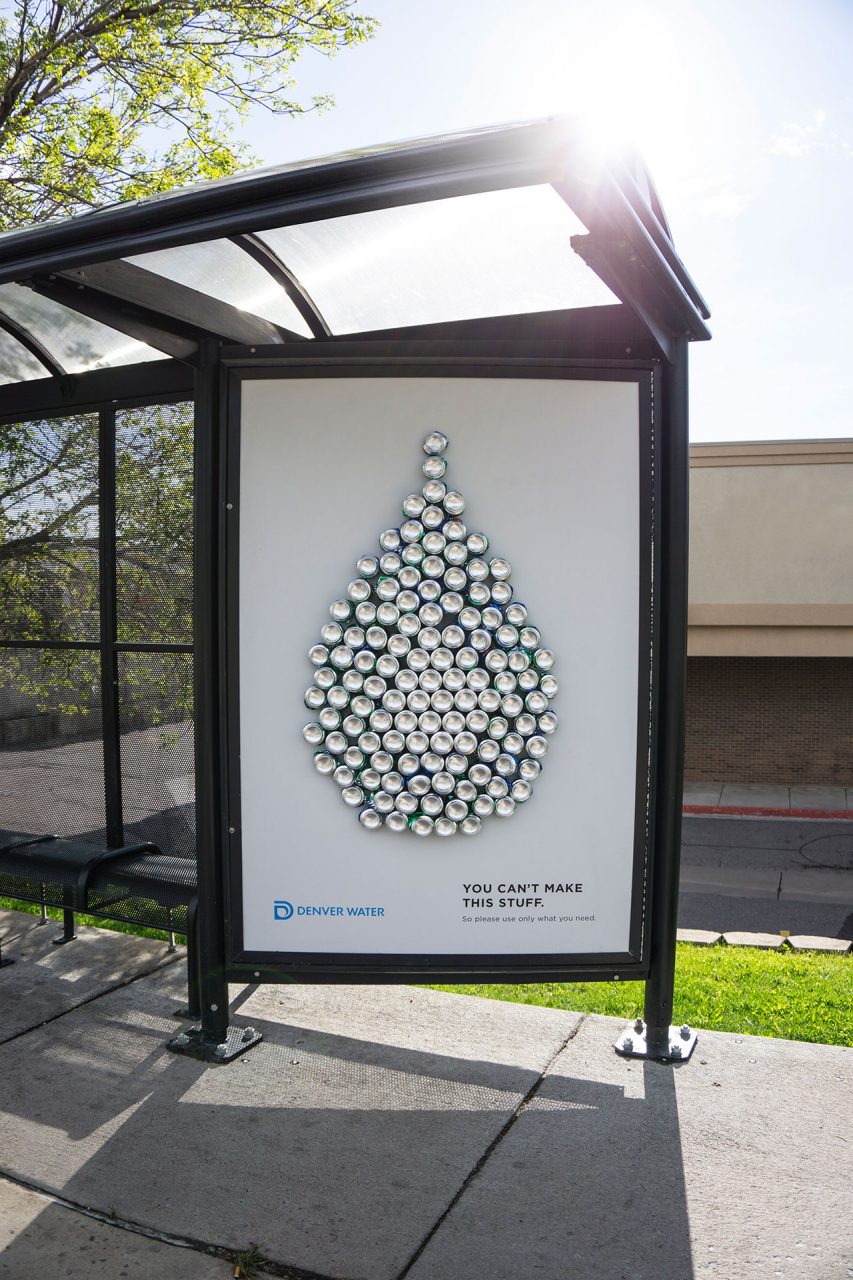 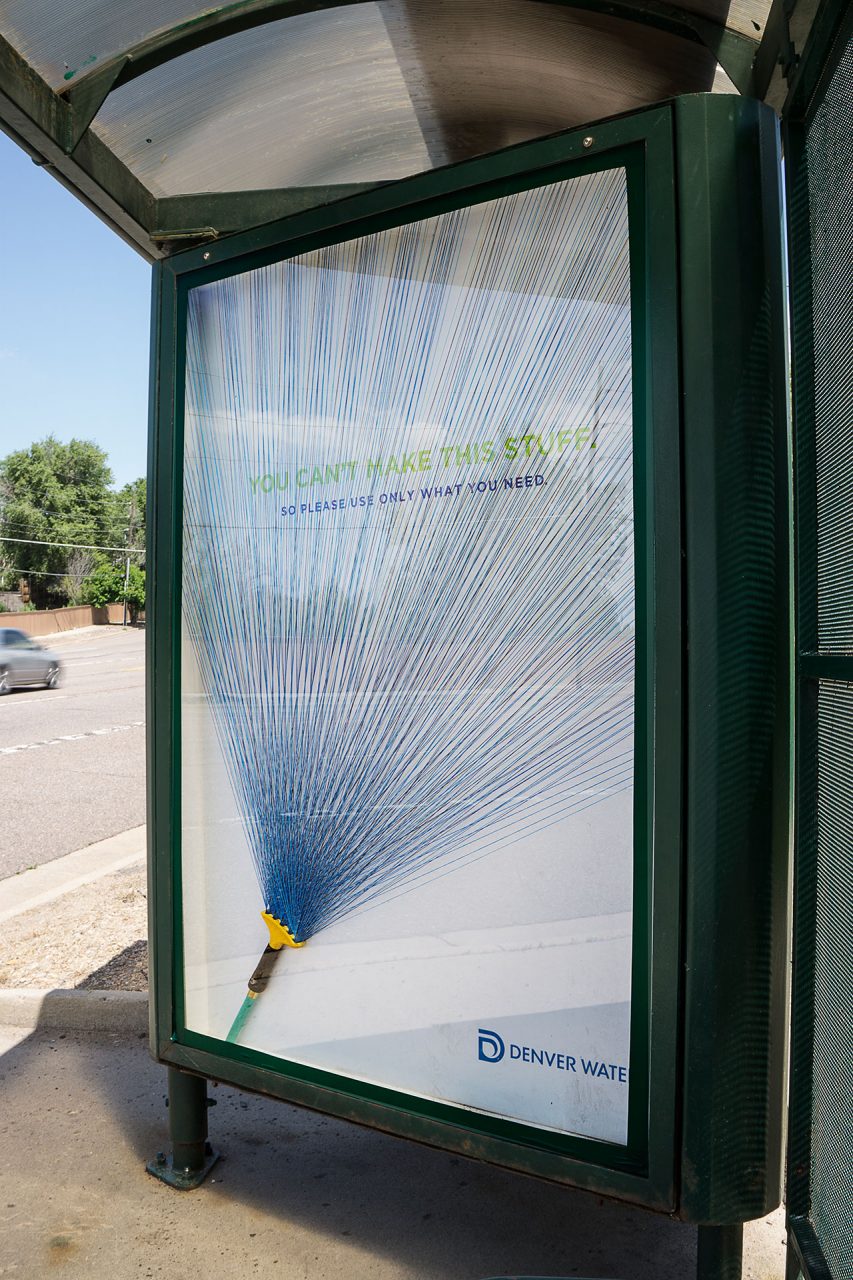 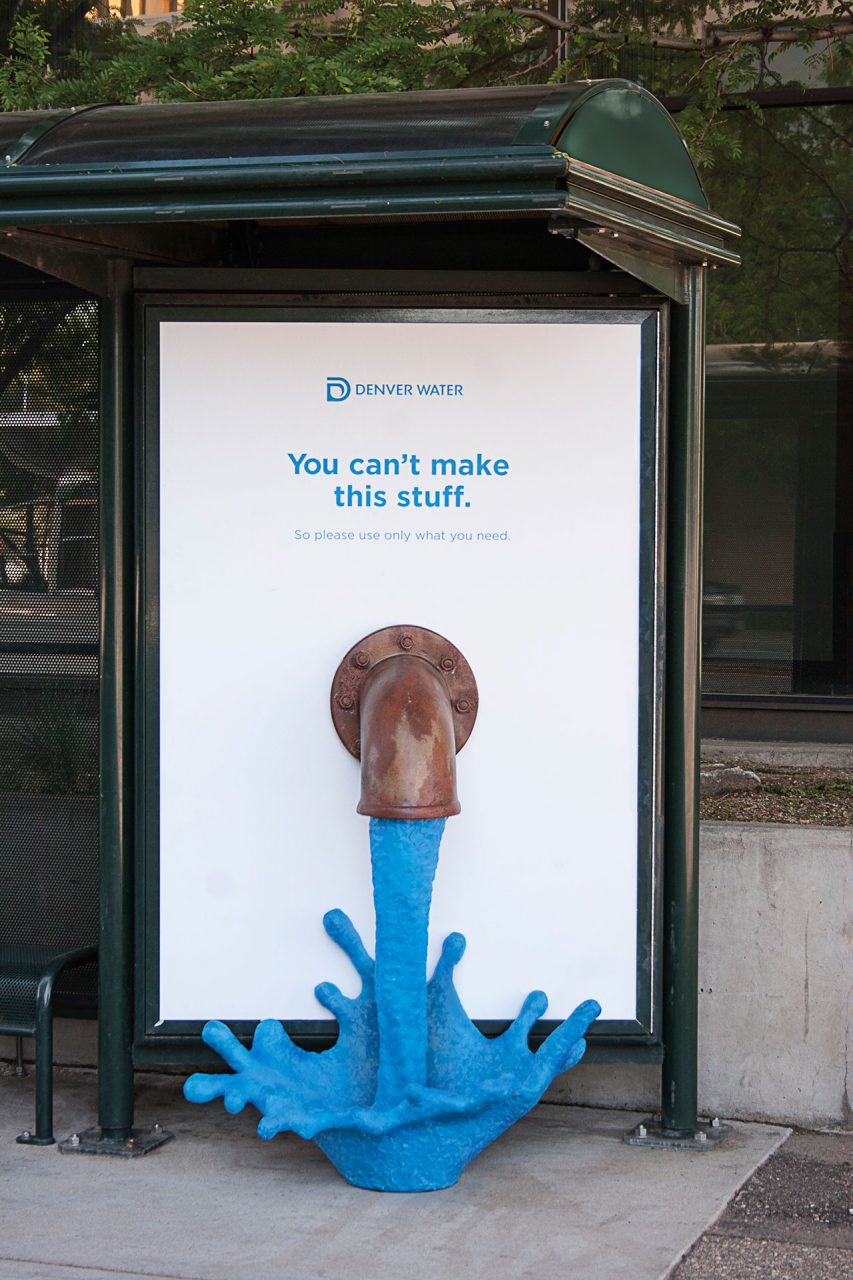 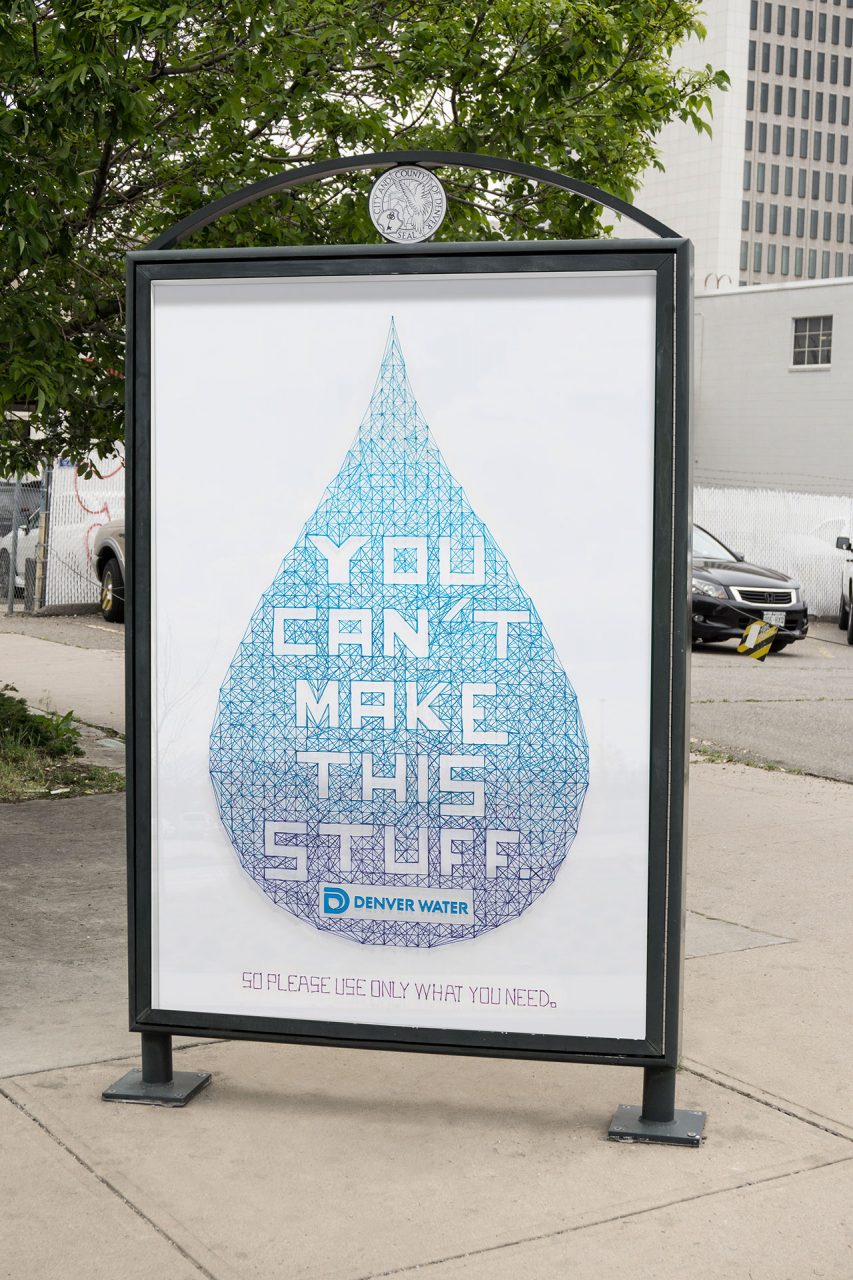 (7/2/15) Edit: The article originally stated Denver’s water use hit an all time low. This has been corrected to a forty time low. Additionally, Denver’s goal was changed to a precise number of a 22% decrease and the initiative still continues today.