A long-time new media creative leader weighs in on the pros, cons of crowdsourcing.

Once upon a time, the Super Bowl was the exclusive court of advertising’s creative royalty, with big budget, big ego spots ruling game day. Then came the Internet and its inevitable democratization of everything, including creativity and production. All of a sudden, viewers became creative directors, heeding the call to “Crash the Super Bowl,” as the long-running Doritos effort puts it.  Now there are agencies and online portals to help wrangle and serve up the crowd, including Victors and Spoils and Zooppa, as well as publications to keep you up-to-date on the trend, such as The Daily Crowdsource. There are even trade shows, like Crowdopolis, where you can join the crowd in person.

Can Crowdsourcing Be a Reliably Effective Brand Marketing Tool?

But what’s the overall effect on creativity, from the perspective of being able to really drive brand success?   We put a few pertinent questions to a long-time new media practitioner, David Bryant, Chief Creative Officer of one of the most successful digital-centric agencies, Organic.

Branding Magazine: What’s your opinion of crowdsourcing as a means of creative development?

David Bryant: Crowdsourcing is a powerful tool. Linux is a crowdsourced operating system and if you can crowdsource an operating system you can crowdsource anything.  However, while I believe in the ‘wisdom of crowds’, I’m not sure I believe in the inherent ‘Creativity of Crowds’ or that a crowd of people will always produce the most creative outcome. I don’t know if a crowd in a movie theater together would invent the most creative and interesting film to watch. Creativity requires anomalous and disruptive thinking and skills in creative expression. People seem to think that since technology democratized creativity, that everyone is now ‘a creative’ and there are no skills or craftsmanship involved in the role.  While technology has empowered more people to creatively express themselves, it does necessarily mean that we are all now more creatively talented. 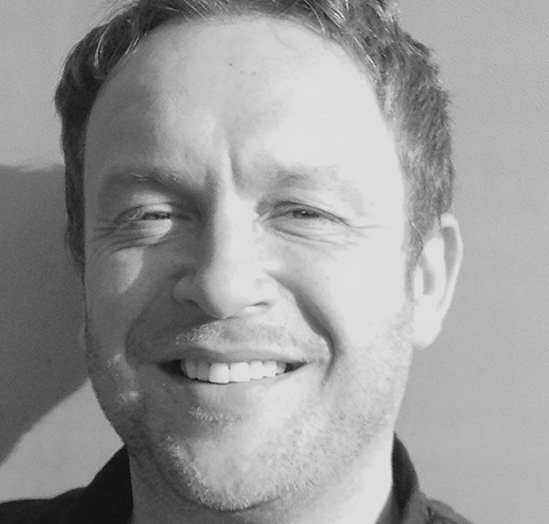 “While technology has empowered more people to creatively express themselves, it does not necessarily mean that we are all now more creatively talented.”

BM: Are there any crowd-sourced campaigns you particularly like? Loathe?

DB: There are some fantastic examples of crowd sourced creativity out there.  Some of my favorites are The Johnny Cash Project by Google’s data arts team run by Aaron Koblin. Kutiman’s incredible music compilation was created by individual Youtube music clips.  And just this week on Inaugeration Day, WYNYC did a crowdsourced People’s Poem for Inaugeration Day via Twitter was a really engaging creative experiment.

BM: Have you used consumer crowdsourcing for any projects?

DB: Because I come from a technology background, I’ve always embraced the opportunities to get creative input from a wider creative community and from users.  When uploads were first possible way back the late ‘90s, I created a site with a ‘brand shrine’ and invited all the fans to create their own images, sayings, etcetera to leave on the shrines. Way back in 2000, when I was launching the first consumer digital video camera for Sony,  instead of doing advertising I gave the cameras to interesting photographers, directors and writers and had them make films. And now with pepsi.com, live, up-to the-minute crowdsourced content from real people is the organizing idea for the entire platform for one of the worlds biggest and most successful brands.

BM: What do you think of the advent of crowdsourcing agencies that toss an idea out to many creatives? Is there any value in that?

DB: I think it it’s a smart concept and the value will really be in the hands of those who are sourcing and more importantly curating the content. The ECDs at V&S have the pedigree to pick out the pearls from the masses of ideas. However, as someone who’s worked with user generated content in the past, it is always riskly to rely solely on crowds being able to deliver the ideas or quality needed. For every 1000 ideas there may only be one usable creative idea, so you’d need to be confident that you have a large and capable creative crowd behind you.

BM: The CMO of Doritos was quoted by Fast Company as saying that the agency’s “role has shifted from creating the content to facilitating the content,” and that agencies need to “Get outside of the control silos they have put up. They no longer have a monopoly on great advertising ideas.” Do you agree? Is that what you see happening?

DB: I don’t think agencies are no longer content creators, there is still a need for skill and craftsmanship. However I do agree that success successful content engages the audience and invites co-creation and collaboration. The greatest flattery today is to become a meme.  I also think the notation of ‘facilitating the content’  is not purely about reaching out to consumers, but reaching out to the now much wider and accessible creative community.  I admire the Ray Ban viral campaign that leveraged a lot of unknown and up and coming directors to create their own ideas and video films for the campaign.  This in turn inspired consumers to create their own video spoofs of the Ray Ban videos.   I think it’s a great example of facilitating content in the wider creative community which in turn inspires yet more creativity.