Trust continues to be a serious issue, and deficiency, for brands of all categories. The 2013 edition of the Edelman Trust Barometer notes that, while trust in business has risen slightly, it is still at a lowly 58%. Globally, trust in business leaders, the traditional top-down influencers, is much lower among the general population – just 18%. 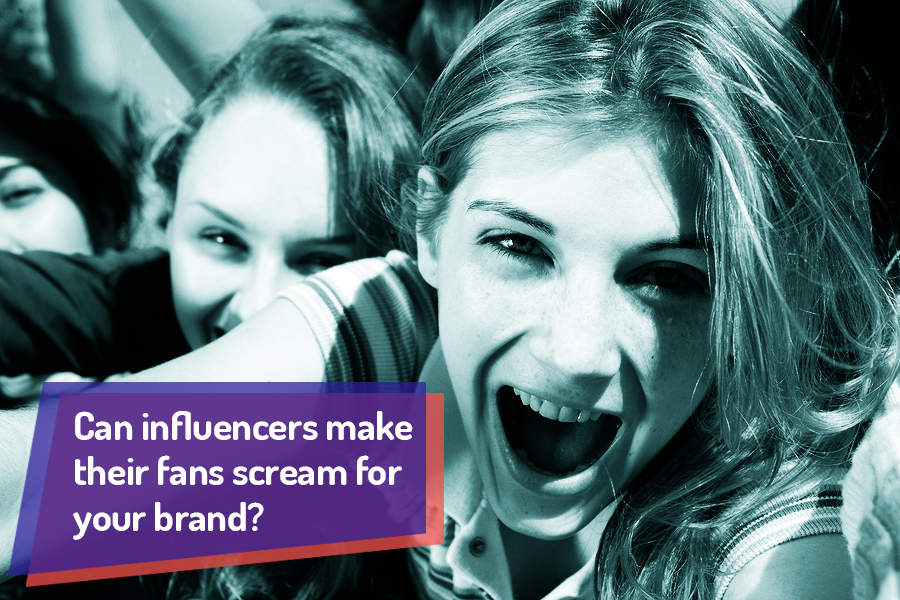 Edelman attributes this partly to profound and repeated ethical and moral lapses in business, but also to the rise of other influencers – employees, activists and everyday people – empowered by the multitude of social media and technological opportunities. They describe it as a new “Diamond of influence.” The business of selling brands is starting to refer to it as Influencer Marketing.

Paid media – advertising – has long leveraged celebrities as paid cultural influencers. Unfortunately, trust in advertising, as tracked by Nielsen’s about-to-be-updated global survey, is on a dramatic decline, last pegged at just 47%. Earned and owned media enjoy much higher levels of consumer confidence, and so the race is on to capitalize on those avenues of influence.

Branding Magazine: How do you define influencer marketing today?

BM: How do you define an influencer, and/or categorize influencers?

DB: An influencer instills an action within someone, even when that action goes against that person’s normal decision-making process. There are three stages of influence – general (the social scoring influencers), macro (those that are relevant to us as the audience) and micro (those in our inner circle that truly influence our decision making process).

An influencer instills an action within someone

DB: No – as I mentioned at the start, they’re useful in creating lists of influencers for your brand. However, you can’t place a generic score on someone based on public data only; that misses a large chunk of information about that person that will truly define their influence, and how relevant that is to your target audience. Without relevance and context, influence marketing is just another mass pitch with the hope that some of your message will be seen.

BM: Do you see paid influencer relationships as appropriate or problematic?

DB: It’s no different from paid media on traditional platforms. You’re still asking people for their time and expertise to connect you to their audience, as well as expand your reach into an area your brand may have little presence in. Being rewarded for that isn’t an issue; the issue arises when the reward isn’t disclosed, since that now becomes false advertising. Thankfully, the FTC in the U.S. and the ASA (Advertising Standards Authority) in the U.K. have instigated legislation to combat this. How effective it will be remains to be seen, however.

Paying influencers is no different from paid media on traditional platforms.

“The way in which we work with bloggers and influencers has gone terribly awry. The blurring of lines between earn and paid, lack of transparency when it comes to legal disclosure, and continual desire to monetize everything related to blogs and blog coverage has led to one thing: the bastardization of influence.”

Do you believe influence is being bastardized?

DB: Personally, I think the bastardization of influence happened the moment public scoring was brought into the mix. It’s human nature to want to be the best at something, or have a higher score than someone else. Some people abuse that more than others, so when high scores on social scoring platforms rewarded “members” with freebies, other people wanted a piece of that action. Sam Fiorella (my co-author on the book) and I have witnessed the change in online conversations, as bloggers optimize content to attract brands and social network users change their language to try and be picked up by social scoring algorithms. It’s sad to see, and completely dilutes what real influence is about.

BM: Will the rise of compensated influencers erode brand trust? Will it diminish the impact of social influence to that of traditional celebrity-endorsement, which is tied to the less trusted arenas of advertising and other paid media?

DB: If done properly, no. If brands approach influence properly, and realize that the best influence programs are the ones that take a long-term approach versus a short-term fire sale approach, then we’ll see influence start to reclaim its origins from Carnegie’s guiding principles. This ties back to my earlier point about the three categories of influencer – general, macro and micro. Currently brands are working with the general category, and while this approach may get you some buzz, so far we’ve seen very little in the way of success stories from the main players in the social scoring arena. Because of that, newer platforms like Tracckr, Appinions and Tellagence are being much more contextual and taking a far deeper look at what influence is. Currently, this is much closer to the macro and micro community influencer categories, and is where Sam and I have developed a framework and new methodology to truly identify your brand influencers. While it recognizes the early impact paid influence can have, it delves much deeper into where brands truly need to head, to go beyond generic scoring and impacted influence, and start developing true advocacy. This is where the real trust factor comes into play and, as mentioned earlier, takes influence back to its origins.

DB: I see any kind of (fake) purchased influence as negatively impacting the medium. They’re dead numbers, and have zero context when it comes to being influential or building influence. People are smart, and getting smarter all the time when it comes to seeing through crud – just look at the negativity that happened around the recent Top 1% emails from Kred and LinkedIn. This is why influence as it stands – basing influence on popularity and amplification – needs to move to the next wave. This means more than just context and relevance too – it includes situational factors, emotional factors, peer and professional factors, and much more. Once you move to that level of sophistication, all the fake purchases in the world won’t do you any good – hopefully, our book will enable brands to reach that level of awareness faster.

BM: What is the biggest challenge you see for brands wanting to leverage the power of influence?

DB: Knowing where to start and how to really identify influence. Currently they have two options – base it on a score, or work with more contextual relevance. The former is arguably the more popular because of their early mover advantage. But as brands begin to get more educated on what real influence looks like, second wave platforms like the Traackrs and Appinions of the world are finding favour due to their more actionable and business-led data.

The challenge for brands now is to get results, and to do that influence needs to be approached far more strategically. You can see some of this shift begin to happen, which is a positive. Our job as marketers and consultants is to ensure this shift is supported with strategy and solid advice, and help brands see where influence marketing can take their business, both from a brand awareness and trust angle, as well as a lead generation solution when it comes to identifying where the customer is in the purchase life cycle.

A “Third Wave” Of Influence in Marketing

The interview concluded with Brown’s encouragement to think of influence marketing as being in a new “third wave”:

Please leave a comment to let us know how you see – and are using – influencer marketing today.

Just Say No: How Negativity Can Get Positive Results

How to Overcome Common Barriers to Organizational Change