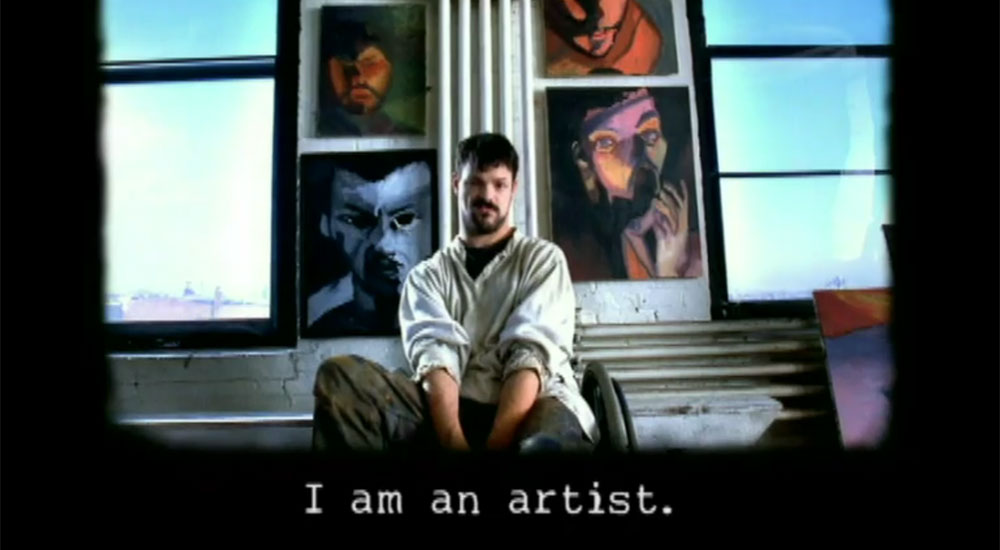 As TV watchers and marketing experts well know, in only a few seconds, an ad can engage –or alienate – the hypercritical American viewer. Even worse, it can leave viewers confused. So beware how your ad is constructed, your brand must be clearly bound to your ad’s emotional connection.

A Super Bowl commercial some years ago declared: “There is no force more powerful or more beautiful than self-expression.” This was the sponsor’s first national ad campaign, premiering at the most watched TV event in the world, a purely high-stakes investment.

But how this particular commercial played out underscores the danger of injecting emotion into ad copy without any clear connection to brand. It went like this:

Artist Dan Keplinger addresses the camera, his speech and movement severely impeded by cerebral palsy. “I speak to the world in light and color,” reads a subtitle. With choir music in the background, Keplinger crouches over a canvas and deftly maneuvers a paint brush attached to his helmet. He refuses to allow his condition to prevent him from creating impressive works of art.

Suddenly the screen fades to white and this text comes up: “What do you have to say?”

The effect was emotionally wrenching. Viewers just had to stop and think for a moment. Juxtaposed against the post-adolescent atmosphere that has come to characterize Super Sunday, this 60-second inspiration stood out dramatically. In the next few days, it garnered praise from disabilities organizations nationwide and won the prize from USA Today for best Super Bowl commercial. It obviously would have been a great spot for a stem cell research fund or perhaps an arts group but, in fact, it was an ad for… Cingular Wireless!

What Cingular had not aired this commercial as a vehicle for directly promoting its cell phone service. Rather, Cingular wanted to create a relationship with viewers. Their aim had been to equate their brand identity with a powerful emotional need, i.e., the natural craving of human beings for thoughtful self-expression in a world increasingly dominated by instantaneous, loud, insipid communication via cell phones. This single TV spot, delivered within the world’s brashest sports event, represented the launch event of Cingular’s special campaign.

Like all symbols, advertisements can be considered “negotiations of meaning.” A sponsor uses such features as tone, rational pleas, visual style, and so forth, shaped to fit a brief format and designed to strike an instant connection with consumers who are most likely to purchase its product.

But negotiation is a two-way street. The presentation of a symbol goes only as far as the meaning an individual recipient takes from it. When a symbol hits its mark, emotion and attitude combine to facilitate the meaning of the product in the spotlight and a match for that person’s identity; the brand can become a symbol for that person’s self-concept. The challenge for the advertiser is to replicate the connection to expand its audience.

Think of advertising as a visit to a contemporary art museum. One art lover may come to tears over an encounter with an abstract painting while another sees the work as opaque shapes and squiggly lines. Likewise, if 12 individuals view an advertisement, likely 12 interpretations will result. So the task of a company producing the advertising is to become a stable symbol that people can  readily relate to. The ad’s communication must be consistent; it must own the emotional territory.

How did Cingular do in its attempt to achieve this? The Cingular campaign employed an emotional “punch” to associate the brand with the values of creativity and self-expression. Although subsequent commercials in the campaign varied in style, all presented viewers with the same question: “What do you have to say?” Ultimately, however, two major problems derailed the campaign:

First, Cingular’s original attention getter, the Keplinger ad, was abandoned shortly after football’s big night and quickly faded from public memory. Cingular gave away its opportunity to deepen the initial connection established by the “punch” of the Keplinger ad.

Secondly, Cingular’s new corporate philosophy, as emotional and exciting as it was, offered no direct link to its brand. The emotion of the ad didn’t help the audience. Rather it tended to confuse people. Take this logic-based (as opposed to emotion-based) reaction from one viewer: “Dan Keplinger is an amazing artist and has a moving life story? Very touching… beautiful even. But what was this ad trying to tell me what? That I should express myself by using a Cingular Wireless cell phone?”

The Keplinger commercial definitely created buzz and may have made a strong case for the need to give voice to our need for self-expression. But ultimately none of this worked for the Cingular brand because it didn’t educate the consumer as to why they needed a cell phone, and in particular why Cingular’s products was the best choice.

What began as a declaration of a distinctly humanistic brand quickly became just another voice lost in the fray. If the goal was to equate Cingular with the need for self-expression, two things had to happen:

First, Cingular needed to keep showing its ads to reaffirm a stable symbol –it takes more than one great commercial to drive an emotional message home.

Secondly, it needed to identify a strong connection between its brand and service, and the symbolic meaning of its message. To actually sell phones, Cingular had to include a statement like: “We have the best coverage and the best plans and the coolest phones!” Though Cingular connected emotionally to consumers in the Keplinger ad’s immediate moment, the human craving for self-expression wasn’t clearly linked to the product being sold.

This scenario reflects an all-too-common problem in marketing and advertising. I think of it like a triangle that is missing one side. At the top sits the human need, in this case, self-expression. At the points of the base sit the brand and the product or service.. Connecting the triangle’s lines is the brand goal. Forgetting to do that may leave a firm with a disappointing end result: a tremendous emotional connection with consumers at the expense of its brand.

Brand Culture Inside & Out

Alexa — How Do I Create an Ownable Brand Voice?

Most Brand Loyalty Is Nothing But Inertia