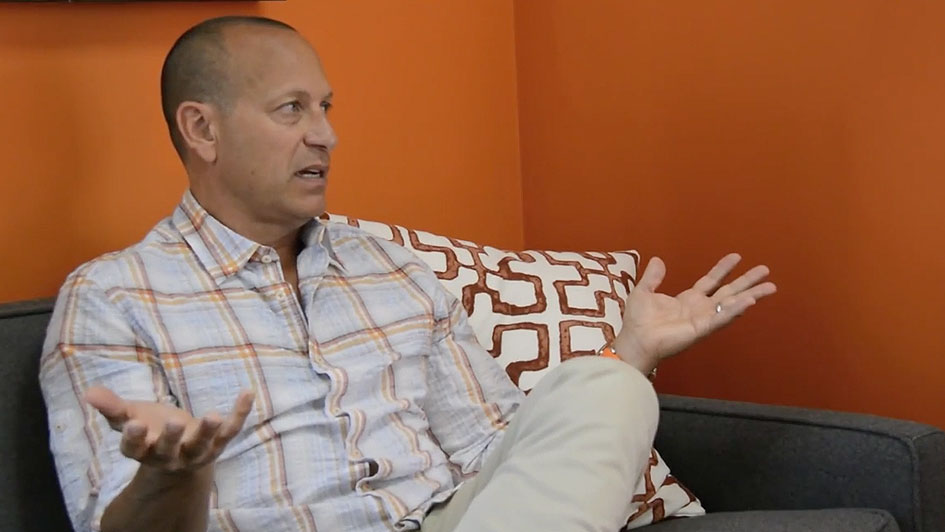 Can businesses and brands profit with purpose? It’s not a new question, but it is picking up a new sense of currency among branding firms, not only for their clients but also for themselves. A few have even joined the movement to become B-Corporations, certified by the non-profit organization B-Labs to “meet rigorous standards of social and environmental performance, accountability, and transparency.” (In some states you can also register as a Benefit Corporation, providing a more “purpose-friendly” legal charter for companies looking to benefit more than just the bottom line.)

While perhaps more readily associated with purpose-centric B2C corporations, like Warby Parker and Patagonia (B-Corp both), I first encountered this designation applied to branding firms when I interviewed Oliver Russell for Branding Roundtable No. 2: Purpose-Driven Branding, Since then, I have interviewed several agencies:  i.d.e.a. in San Diego, California; Matter Unlimited in New York, New York; and the Corktown Seed Co., headquartered in Toronto, Canada.

What Kind of Branding Firm Becomes a B-Corp?

Judging from these three agencies, at this point in time B-Corp status for marketing firms is more a matter of confirmation than conversion. For instance, when I asked what drew each to B-Corp certification, Rob Holzer, CEO of Matter Unlimited, said, “We don’t work on anything that isn’t purpose-driven …or, to keep it simple, we work only on good things that matter! From the beginning we knew it was important to ‘walk the walk’ and not just talk about this mission. Establishing ourselves as a B-Corp sends a message to our audience of clients, the media, and peers within our industry that we are focused on a new paradigm for what it means to be a successful business.”

Malcolm Roberts of Corktown Seed Co. also noted how in sync the B-Corp philosophy was to their existing business model, saying, “We were first made aware of B-Corp through the Sustainable Brands conference, which I attended in London 2012. It was completely in line with where we wanted to focus our agency and, at the time, we thought we would be the first agency in Canada to become certified.”

Similarly, Jon Bailey of i.d.e.a., the integrated branding agency in California, relates, “We didn’t even learn about B-Corps until maybe a year ago when we attended a social good conference here in San Diego and … it was as if a light bulb had gone on, because many of the facets of what a B-Corp is, we were already doing. And it obviously gives us a focal point, a lighthouse, if you will, that helps encapsulate everything we believe in…”

Author’s note: i.d.e.a. was the only firm I was able to interview on video; you can see highlights of that interview here:

While all of the above points to an affirming platform for inherently doing-well-by-doing-good agencies, it still begs the question of whether or not B-Corp status is a reputation-builder only, or a business-builder, too. So far, it appears that the hoped-for B-Corp revolution is unfolding at a more evolutionary – but still very promising – pace.

“Our U.S office is seeing real traction,” says Roberts of Corktown, “but Canada is probably 3 or 4 years behind in terms of leveraging purpose as being a business driver.” Holzer of Matter Unlimited reports that, “We’ve heard from many of our prospective clients that they chose to engage us or include us in an agency review based on how positively they viewed our mission.”  And Bailey of i.d.e.a. echoes that experience, saying, “[Being a B-Corp has] allowed us to start conversations with brands that perhaps we wouldn’t have been considered s a partner before, brands that understand what B-Corp is and appreciate what we stand for. It’s almost like being a member of a fraternity; it allows entrée into certain conversations that weren’t there before. So we’re excited about where that might take us.”

Could Your Firm Benefit from Being a B-Corp?

What do you think? Could a B-Corp “seal of approval” make a significant difference to your branding firm? And can the movement spread to “mainstream” agencies that aren’t already concentrated on purpose-driven clients? Please let us know in the comments section below.