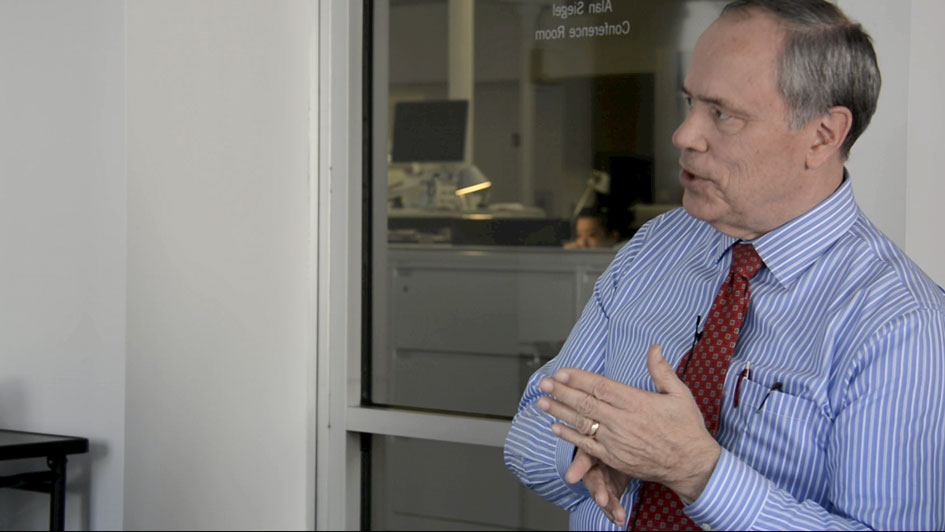 This article is the first in a series on brand innovation, exploring exactly what that overused term means, what makes it meaningful (or not), who’s guiding it, and where it’s headed as a driver of brand development and performance. Researching this series, I’ve come across a large body of research, from the obvious – McKinsey & Company calls it “a core driver of growth, performance and valuation” – to the unexpected.

The latter group includes a study that should be of particular interest to brand marketers and their agencies: It shows that while consumers claim interest in complex innovations (“Bring on the shiny new objects!”), they actually buy simpler products. To see if this phenomenon is observed outside of academia, I turned to the branding firm best known for its emphasis on simplicity, Siegel+Gale.

I encourage you to watch or read the resulting interview with its Global Director of Quantitative Insights, Rolf Wulfsberg, Ph.D., who is also author of Fact-Based Branding in the Real World: A Survival Guide for CMOs and Brand Managers. Some of his more provocative conclusions include:

Chuck Kent: I’m here today in the offices of Siegel+Gale, with their Global Director of Quantitative Insights, Rolf Wulfsberg.

CK: It’s great to be with you today… and the reason I asked for this interview is because innovation has been beaten to death as a buzzword… and when words get beaten to death they start to lose shape, meaning and utility. As I look into it, I have run across a number of research studies about how consumers relate to innovation. There was one particular study, which I think I shared with you, out of the University of Amsterdam, and what it was note was that consumers are attracted to the notion of relatively complex innovations… but when it comes time to buy, their behaviors say, “We really want innovation… but simpler, less complex.”

So my first question is, are you tracking that in your day-to-day life here [at Siegel+Gale]?

RW: We do. It’s actually a very interesting topic. Let me give you a little background that I think will be useful. First of all, what I do for a living is build statistical models of how people make decisions. In other words, what we can do is actually tell people how they make decisions better than they can tell us.

Now, that sounds like an arrogant statement, but the reason we can say that is because decision-making is done at the subconscious level, not the conscious level.

You ask people how they make choices and they’ll tell you what they think you want to hear – they tend to be pleasers. They’ll tell you what they think makes them smart or discerning (hence the attraction to the complex). what’s politically correct to say, or how they think they make choices. But because of that subconscious nature of decision-making, they can’t tell you… what they can do is tell you the extent to which they think a brand is innovative, and they can tell you between two brands how much they prefer to buy or use one or the other, and from those two pieces of information we can derive how important something is to a decision, and how it isn’t.

SEE ALSO: 16 Branding Experts on Trends in ’15: Branding Roundtable No. 7

I just put together a database of over 350 different studies across every imaginable buying environment, against all the brands we’ve ever tested to find out what impact they have on decision-making. And innovation – we have tracked that in 460 different environments – innovation may be wearing out.

In other words, as I track it over time, and the impact it has on decision, [innovation] peaked around 2009-2010 and has been dropping rapidly ever since, to the point that the impact of being seen as innovative is less important than the impact of the average attribute you throw out there. So it actually plays a relatively minor role in decisions, even though people tell you it plays a major one.

CK: Is that because innovation has become too confusing as an intellectual construct that it has no meaning… or do people really just want things to stand still?

“Innovation peaked around 2009-2010 and has been dropping rapidly ever since.”

RW: That’s an excellent point. While some of us Luddites might want things to stand still, it’s more the former. It is a combination of things. Number one, the finding of that study really is true, that people ultimately want simplicity. We conduct a Global Brand Simplicity Index study every year and find that people are actually willing to pay 5-8% more for a product where it, and its experience, is simpler, than for one that is complex. So again, that’s very supportive of [the study out of Europe].

But more than that, what I’ve found through these years of study is whether it’s buying something, who you want to work for, who you would give a philanthropic gift to… ultimately, every decision we make in life is made through the lens of enlightened self-interest. In others words, What’s it in for me? So if someone is innovating for innovation’s sake, that really carries very little weight with the consumer. If you’re going to innovate, you have to do it in a way that makes it very clear to the buyer what the benefit is to them, and at that point, their ears begin to perk up. Simplicity is one example of a benefit.

CK: But it sounds like there are a couple of barriers of getting to the truth of the matter of what people want. There’s an internal consumer barrier – they want to say what’s politically correct, or to think they’re being rationale, and I would think that would also be a problem corporately. You’ve got people who need to be big tough business folks this quarter and make the numbers. So, do you see it as a problem internally, the misunderstanding by corporate officers and decision-makers, of how their own decisions are made?

RW: It’s a huge problem. It’s costing companies billions of dollars, that misunderstanding. Things like innovation… it’s an urban legend. It is not the influence [people think it is] but people believe it. So we talk about tracking the influence outside. That’s not tracking what people say, that’s tracking how people actually make decisions. If people understood that, they’d stop talking so much about the “what,” they’d stop talking so much about themselves. [Instead] they’d talk about the “so what?” Which means, the fact that we’ve been in business 150 years, well… so what? Every company that’s been in business that long wants to brag about it, but does that affect the buying decision? Are you wasting valuable seconds off your 15 second elevator speech that could be spent on something better?

CK: OK, so innovation isn’t washed up, it just needs to be meaningful.

“You don’t need to innovate… in terms of just that word.”

RW: That you don’t need to innovate… in terms of just that word. What you need to do is to find ways to communicate the value of your product to the person who’ going to buy it, and why that is stronger than the alternative.

CK: Really what effective branding and marketing has always been.

RW: Yes, yes it is… but how we’ve lost that simple concept, right?

CK: It makes a better buzzword if everybody can be excited about it.

CK: On that note… Rolf, thank you very much. This has been Chuck Kent for Brandingmag.

NEXT UP IN THIS SERIES ON INNOVATION: “Who’s Next in What’s Next,” in which I interview up-and-coming brand innovation professionals from around the world. Then, in May, we’ll devote an entire Branding Roundtable to Brand Innovation. So please follow along – and please add your comments below.