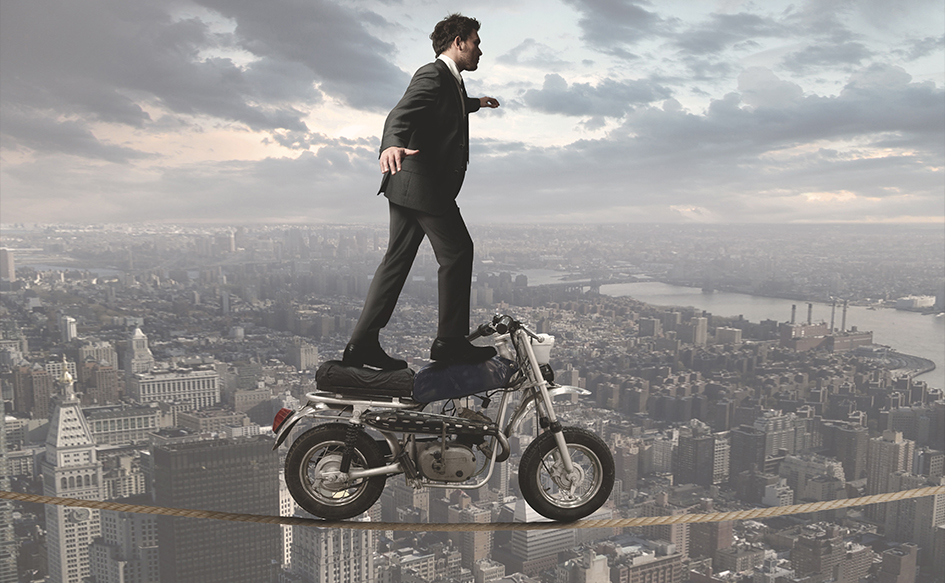 There is nothing worse than a senseless marketing stunt, except for maybe bad art direction and design. Ever since the first person had a product to sell or trade, marketing gimmicks have likely existed. In hindsight, it is easy to see where brands missed the target, but how do you navigate marketing gimmicks and PR stunts before they go wrong? You do it by remembering that the one thing that every stunt and gimmick has in common is the ability to sink an undefined brand.

In 1903, Thomas Edison leveraged the execution of an elephant to further his campaign against Tesla and Westinghouse’s new alternating current electricity. Hoping to prove once and for all that his direct current was safer and superior, Edison electrocuted Topsy the elephant with 6,600+ volts of AC in front of fifteen hundred onlookers, describing the process as being “Westinghoused.” Clever terminology aside, the stunt proved senselessly cruel and ineffective as AC power quickly became the American standard.

“If you want to own a place in culture and sustain growth, you have to avoid any bad stunt that fails to evolve your identity.”

100 years later, our cultural treatment of animals has improved, but our affinity for terrible publicity stunts remains the same. What also remains the same is just how ineffective and damaging gimmicks and marketing stunts can be to brands. Whether it is an electrocuted elephant, a dancing chicken, or a corny social media campaign, the result is always going to be the same: a quick splash of attention followed immediately by deteriorating market share and a decrease in revenue. At the end of the day, publicity and attention do not equate to revenue. Owning a sustainable cultural identity and brand meaning does.

Chasing publicity, trying to trend, and seeking attention for attention’s sake will destroy your brand. But this is hardly news, it is merely the result. The real question is, why does this keep happening campaign after campaign and stunt after stunt?

It all starts with the advertising and marketing industry. Marketing for marketers and chasing the next shiny object is not only a pastime in the industry, it is practically a manifesto. But this lemming dive off the cultural cliff is not effective or particularly interesting. If you want to own a place in culture and sustain growth, you have to avoid any bad stunt that fails to evolve your identity – no matter how well another brand did with a similar campaign. If you are chasing trends and micro-cultural movements, just remember, the same trend won’t go viral twice.

One major driver behind this approach is the extremely high rate of CMO turnover. Faced with unrealistic expectations for immediate growth and revenue increases, many CMOs are forced into a trend-or-die scenario where nobody wins. This does nothing to foster a realistic approach to business growth or develop a sustainable brand. Traditionally, a CMO’s tenure would insure a certain scope of ebb and flow. Instead, new Chief Marketing Officers are brought in when the company is already on high alert and forced to show an upswing in the first year, or worse, the first quarter or face termination. This do-or-die pressure encourages short-term thinking rather than a sustainable strategy.

Nathalie Tadena wrote in the Wall Street Journal, “The median tenure, a metric that is less skewed by outliers, among CMOs fell in 2015, slipping to 26.5 months from 35.5 months in 2014.”

In Forbes, Kimberly A. Whitler wrote about the plight of the disposable CMO, “In the context of a CMO, high turnover could also lead to instability in the brand strategy, customer relationship management activities, customer facing marketing programs, and ultimately, customer satisfaction.”

The continued rise of online activations has only furthered the misunderstanding between catching buzz and growing revenue. Most share-worthy online campaigns only exemplify the temporal, undefined nature of the brands behind them. Activations, campaigns, and gimmicks that are trendy and meaningless to your brand only succeed in telling consumers that your brand is trendy and meaningless.

While responsibility between clients and agencies over who is to blame for a failed marketing gimmick is always heated, the result is indisputable. While a gimmick or stunt can garnish quick attention and even a jolt of sales, it, like every other trend, will end faster than it started – possibly taking the brand’s identity with it. For a brand that wants to own a lasting place in culture, differentiating between marketing stunts and real branding is essential. All of your marketing must reflect your cultural position – because it will come to define it. By definition, a trend-chasing stunt cannot achieve this. You will not own a lasting identity in culture or a defined brand meaning that results in revenue growth by performing a flash-in-the-pan stunt that capitalizes on trendy technology or disposable pop culture.

“If your activation doesn’t uphold the longevity and perspective of your brand then it is a mistake, period.”

Red Bull is a great example of a brand that has defined themselves through stunts that serve not only their identity, but grow their essence. From Felix Baumgartner’s world record jump from the edge of space to Robbie Maddison’s New Year’s jump up and back of the Arc de Triomphe in Las Vegas, Red Bull is behind some the most memorable stunts in modern marketing. Perfectly aligning their brand with the rise of action sports, they seamlessly tapped into the public spectacle of pushing human limitations. And in pushing those limitations the brand essence of Red Bull is constantly being reaffirmed, as an energy drink that “Gives You Wings.” Red Bull continues to be defined by the stunts they do, always making sure to further their brand meaning and essence. The result is a brand identity and essence that is synonymous with extreme excitement and action.

Over the course of my career, I’ve seen more gimmicks fall on their face than I can count. While every brand is tempted by the promise of buzz, we have to be sure that we only capitalize on trends and activations that are relevant to and support our brand mission and aesthetic. To counteract the temptation of putting quick buzz over sustainable growth, several years ago I started forcing myself to use a three-year case study. In the time since, it has proven a great safeguard. By not allowing myself to count gains, or tout success before the three-year mark, it has forced me to pursue year over year growth in a sustainable way – since there is no reward or credit given for a buzz worthy first quarter followed by a disastrous second year. Holding yourself to that type of benchmark prevents the allure of gimmick marketing.

SEE ALSO:How One Word Is Turning Brand Briefs Away from Success

Accountability to a clearly defined brand is the key. If your activation doesn’t uphold the longevity and perspective of your brand then it is a mistake, period. Chasing the next shiny object is more likely to lead your brand off a cliff than land you at the front of culture. Recently, Dove’s ill-conceived bottle design and Pepsi’s culturally blind celebrity stunt both reminded us how detrimental an opportunistic gimmick or stunt can be. In both cases, the companies are established enough to survive, but for a smaller company that sort of stunt can cost them everything.

If you want to grow your million-dollar business into a billion-dollar brand, don’t chase trends and buzz. Connect your brand to your audience with clarity and consistency that reflects your true brand mission and aesthetic. It may be Andy Warhol’s future, but successful branding is still defined as year over year growth, not fifteen minutes of fame.