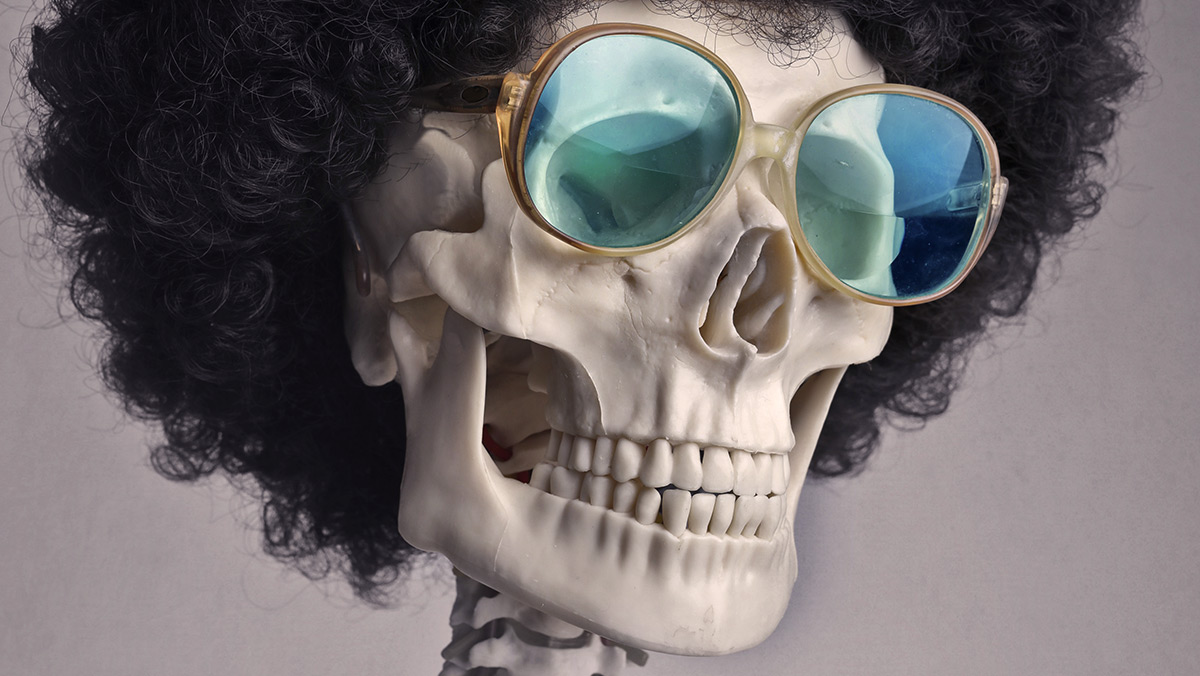 Back in the 1980s, Holsten Pils ran a TV advertising campaign that featured comedian Griff Rhys Jones spliced into old black and white footage from classic films. Deftly edited scenes from classic movies paired with new footage of him, shot in black and white, allowed the comedian to skit with long-gone stars like Humphry Bogart and John Wayne. The ads, created by GGT, were a long-running success, bagging a number of awards while the campaign was feted for its creativity and humor. The creative was also notable for how it appeared to bring actors back from the grave as part of a refreshed narrative – pairing their original performances with quips from the comedian to create something new.

The recycling of celebrity iconography is nothing new and has been a staple part of our popular culture landscape for a long time. In recent years, though, the practice has gained pace as the commercial potential expands and it has even been christened with its own moniker – “deadebrities.” Encapsulating the rush to maximize the commercial potential of dead icons, we’re very familiar with seeing stars from yesterday appear as part of advertising campaigns. Marilyn Monroe, James Dean, Elvis, and the like have been used countless times to sell everything from jeans to cars and pizza.

Fast forward 40 years from the Holsten ad campaign and the dizzying progress of technology means we are on the cusp of a new era. An era of creative innovation that will enable advertisers and brands to take this sort of ‘beyond the grave’ interaction to a whole new level. The deadebrity money trail is leading somewhere new. We’re now entering an age where reanimating past icons by using VFX, animation, and AI will allow brands to bring stars back to life, creating a full CG replica of the character and convincingly reanimating them to do new things.

Of course, a number of commercials have already tested the waters with this since as far back as the mid-90s. We’ve seen icons like Steve McQueen, Gene Kelly, and Bruce Lee all appear from beyond the grave in spots for Ford Puma, Volkswagen, and Johnnie Walker respectively – creating ads to help sell their products with varying degrees of success and impact. The impressive way in which new life is breathed into the dead stars in these commercials were both massively time-consuming and eye-watering expensive – two factors that have ensured that the advertising world has, thus far, only really dabbled in reanimating such big stars of yesterday.

However, what’s different now is that new technology from facial animation studios like DI4D – helping deliver the recent Oscar-winning facial performance of Rachael in Blade Runner 2049 – enables CG faces to be animated more realistically, faster, and cheaper than ever before. The further adoption of AI into creative workflows means that it is also possible to achieve more realistic results, more convincingly than ever before – really bringing the actor back to life instead of the rather shonky attempts a few years ago, when the technology was still nascent.

A cursory look across any entertainment medium over the past decade and we can see how the reappearance of dead celebrities has accelerated with evolving technology – be it music, film, or TV. In live music, we’ve had Tupac’s ‘hologram’ at Coachella (which, in reality, was just the old music hall ‘Pepper’s ghost’ illusion rather than a real hologram. In the Star Wars movie saga, we’ve had not one but two examples of stars coming ‘back to life’ – Peter Cushing and Carrie Fisher both continued their roles in the sci-fi blockbuster from beyond the grave. Admittedly, the latter two examples demonstrate using this technology to deliver an existing narrative rather than to create a new one.

Most recently, we’ve had a digital human replica of the famous scientist Albert Einstein created by Goodbye Kansas and AI-tech pioneer Uneeq to celebrate the 100th anniversary of him winning the Nobel Prize in Physics. The project hopes to drive engagement in education with the goal of making his life and research more accessible to a new generation – learning about him and science in general, dynamically, through a face-to-face conversational experience with his CG double.

But is it a good idea for brands to reboot and reanimate famous dead stars in the first place as part of brand activities or advertising campaigns?

What are the pros and the cons?

First off, there is, of course, the talkability factor. There’s nothing that brands love more than creating buzz and being talked about. Bringing back an icon from the past is a surefire way of generating interest and buzz for their brands. That said, talkability often swings both ways and the reaction can be as bad as it is good. When Pizza Hut created a commercial with a ‘reborn’ Elvis dancing in one of their restaurants, the idea of ‘the King’ singing his heart out down at a Pizza Hut did not go well with his millions of fans. It was antagonizing as much as it was captivating.

One important aspect for brands to consider is authenticity. Consumers increasingly demand authenticity from their choices and brands need to be mindful to connect with the increasingly savvy consumer base with an authentic voice. This is directly at odds with the idea of breathing new life into a dead icon, which can only ever be a poor facsimile of the real thing.

SEE ALSO:Brand Engagement Flourishes Only When Understanding the Audience’s Culture

An attraction for adverts to reboot actors from the past is often to recreate the mystique of a bygone era – a little slice of nostalgia to drive sales. In 2016, Galaxy chocolate used VFX to depict Audrey Hepburn in its ad “Chauffeur”. Created by VFX house Framestore, the viewer was treated to a CG recreation of Hepburn at her peak. Soundtracked by ‘Moon River’ – sung by Hepburn herself – viewers were lured in with a warm nostalgia created by a CG version of Hepburn.

Speaking about the project at the time, Mike McGee, Creative Director at Framestore said, “Replicating a photorealistic, 100% CG human that stands up to close inspection is the mecca of visual effects (VFX).” The project, which took 7 months of intense VFX artist hours to complete, also illustrates the difficulty and time needed to do these things properly, is still not the sort of project you can knock off in a couple of weeks, even in 2021.

The moral objection to reanimating the dead is pretty obvious. I mean, these rebooted celebrities are just not real. You can’t bring them back so just leave them and their legacy be. I would have said the same until I checked out an example for myself.

In 2020, I went to see Whitney Houston’s hologram perform at the Hammersmith Apollo. The concert was a pretty spectacular sight. The creation onstage was both mesmerizing and impressive. The detail and crisp display created depth, shadow, and a truly lifelike, if a little ghostly, experience. The voice was impeccable and most tellingly the crowd went wild for this slightly surreal opportunity to see the hits being performed again and Whitney coming back to life. Extending this notion to commercials, perhaps there is an appetite for fans to see their favorite stars live again on their TV or cinema screens.

However you feel about it, Pandora’s box is well and truly open and we’re unlikely to go back. There is a melting pot of emotion at play – nostalgia, commercial, authenticity, and moral – all of which are jostling with each other for consideration. However you feel about it, we are on the cusp of a whole new wave of commercials resurrecting the dead. Be it commercials, events, films, music, and beyond into the VR metaverse – the use of reborn icons using CG or deepfake technology in commercials will surely continue to expand in the years to come.

The significant challenge for brands will always be about walking the line between good and bad taste. Fans can just as easily be appalled as quickly as they can be enchanted, and getting things right will no doubt be fine art. The alchemy of bringing people back from the dead is an intriguing debate, especially as technology becomes more enabling, faster, and cheaper to create more impressive results. I guess the overreaching thought for brands to keep in mind would be to ensure the idea merits the execution and, in the case of reanimating celebrities, “Just because you can, doesn’t mean you should.”