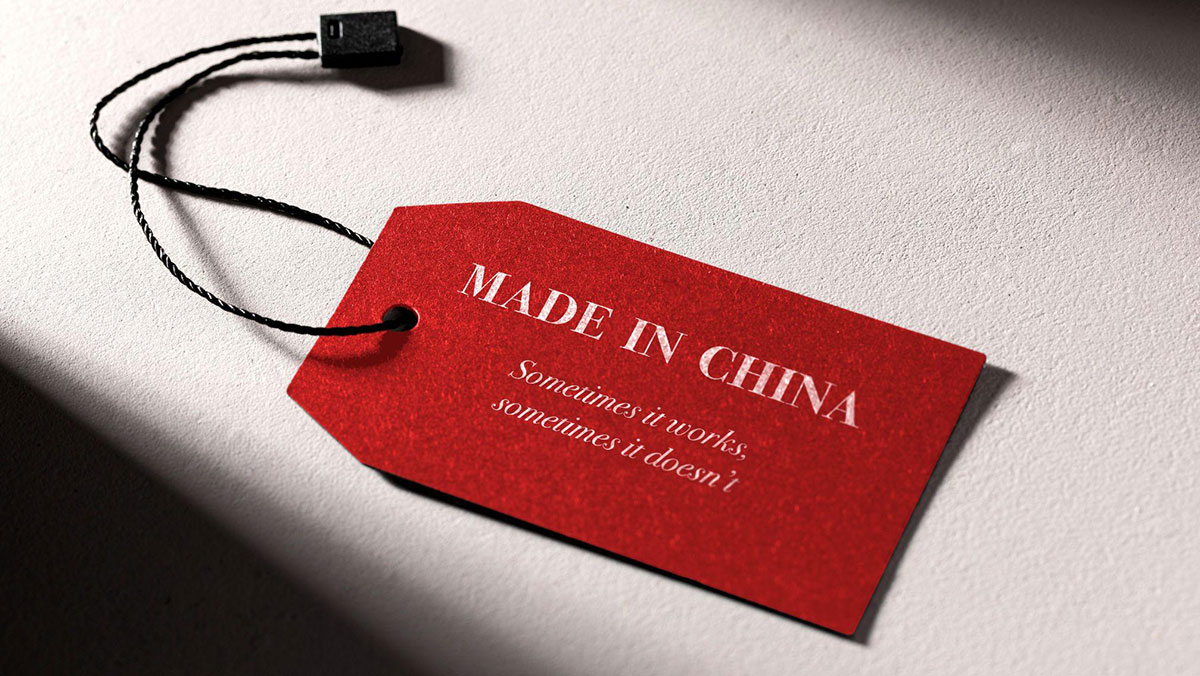 Over the course of history, countries, regions, cities, and places have developed reputations for being good at certain things. These are often linked to the natural resources the people of those regions were blessed with since homo sapiens first stepped on the ground. E.g., the conditions in the Bordeaux region for grape cultivation – climate, the lie of the land, proximity to other wealthy countries, good transport, and native explorers expanding boundaries and trade.

We’ve been brought up to believe that certain places hold more gravitas when it comes to a place of provenance for products and services.

Think ‘Made in Italy’ and ‘Made in Bangladesh’. The connotations of quality, price, attention to detail, craftsmanship, and service are all immediately apparent. Whether it’s cars, textiles, food and drink, or service business. In Italy’s case, much of this is a true reflection of the quality and caliber of the talent behind the innovations that it has sold to the world over centuries gone.

But the reality is that much of it is word-of-mouth hearsay and stereotypes that have been ingrained into our psyche.

And there is now a lot of window-dressing because of the status and connotations associated with some of the more highly regarded places of provenance. Before coming into the branding industry, I worked in import and export in Europe, importing goods from Italy to Spain and Portugal. One of the things that surprised me was the number of trucks we’d load in a previously unknown-to-me town in Tuscany called Prato. Most of these loads were going to clothing and fashion businesses such as Inditex, the owner of Zara, and other well-known retailers. We visited some of our clients in Prato and what struck me when driving around was the number of Chinese immigrants in the area. There seemed to be far more Chinese people around than Italians. Once the heartland of the native Italian textile industry, Prato has become a powerhouse of Chinese labor pumping out ‘Made in Italy’ produce.

(Not) set in stone

The reputation of the aforementioned places of provenance does not tend to shift unless there is either 1) a fundamental political change in that place – for example, Britain’s exit from the European Union, or Russia’s invasion of Ukraine, or 2) a star pioneer that leads and disrupts a market and category, becoming the go-to reference for quality or innovation in that category or sector – e.g., Huawei.

Not many of us I’d imagine are comfortable ordering Russian vodka or Moscow Mules at their favorite cocktail bar anymore. But before February of this year, it might have been regarded as the optimal place of provenance for a premium vodka over Swedish, Dutch, or French alternatives, or so the stereotype would have dictated.

Before Sony’s creation of the Walkman, consumers in Europe and North America would have been reluctant to trust the quality of Japanese electronics and consumer durables. The same is happening now with Chinese brands – electric cars, mobile phones, and, although perhaps with some hesitation Tiktok, which is a Chinese product, although there is no endorsement of its provenance outside of the business world.

SEE ALSO:What Brands Can Learn from the Chinese Approach to Innovation

Romania is not a country known for its automobile manufacturing prowess. However, Dacia has entered the export market with its smart value perception and is not afraid of talking about its roots. Skoda has transformed its perception from Czechoslovakian laughing stock to a serious player that no longer represents inferior quality, and has opened up the door for brands from anywhere to contend in the sector.

Certain places are seeing opportunities emerging out of political unrest and/or logistical challenges. The spotlight has been shone in recent times on shortages in Taiwanese microchips that are essential for all sorts of tech products – from smartphones to cars to function. Taiwan does not currently have a prestigious connotation in terms of tech gear provenance (it has been perhaps on par with Korea at best, perhaps slightly ahead of China and Vietnam but behind Japan), although perhaps it should. The same could be said for Ukrainian grain and cooking oil. Through world news, we will learn to value these products as essentials, and the place of provenance might be better celebrated.

Going against the grain

One brand that has gone against expectations in its positioning in light of its surrounding political environments is Burberry. In 2017, a year or so after the Brexit vote result was socialized, we at Dragon Rouge ran a think-piece seminar on branding for Brexit. The view we took was that brands would be best to associate themselves with cities that were pro-remain such as London, or a country that was pro-remain (Scotland), but not with the UK, The Union Jack, or particularly with ‘England’. Burberry has, however, since Brexit, continually pushed its ‘Burberry, England’ sign-off across all products and communications. Burberry is very single-minded about this and a new meaning for Brand England – a more modern, diverse England. Its main market is China but it is sold all over the world and provenance is a huge part of its positioning.

Fashion brands have, for many years, played on the established world’s most desirable cities of their place of origin in order to endorse their product and service quality. L’Oreal has forever used Paris as an endorsement and the cosmetics brand name has essentially become L’Oreal Paris, at least in the consumer space. Donna Karan created Donna Karan New York (DKNY) when she realized the street style power of the city behind the designer. Rimmel has constantly told us to ‘get the London look’. 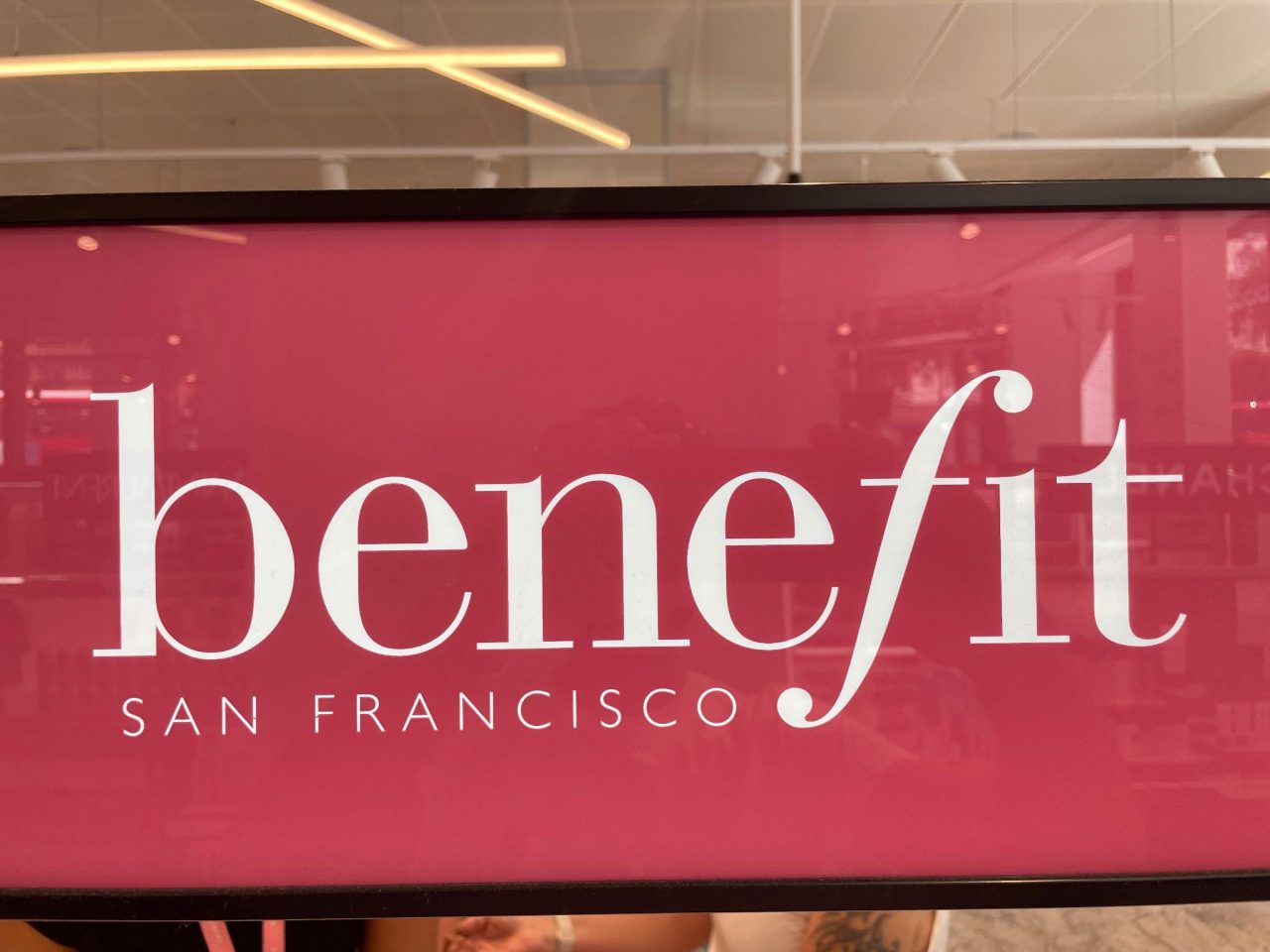 More recently, we’ve seen new explorations in terms of provenance endorsement. Other cities are starting to boast a little more about their own pride. Benefit applies its San Francisco endorsement, along with a tone of voice reflective of the creative, entrepreneurial, and friendly city.

Of course, it’s not just the cities themselves that are used to add gravitas to the brand. It’s the premium areas within those cities – think Saks Fifth Avenue or Fortnum & Mason of Piccadilly.

Shiseido is the latest to use its origins in Ginza, the central premium shopping district in Tokyo, as its endorsement. Tokyo, as a city, has been an endorsement for many brands in the lifestyle space but it’s the first prominent city district to be used on an international scale. 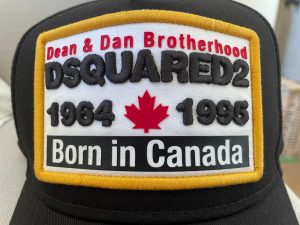 Over the past couple of years, we’ve started to see brands use more than one area of provenance. Dsquared2 uses its founders’ country of origin, Canada, as well as the brand’s current base in Milan. It sells itself as ‘Born in Canada, Made in Italy, Living in London’.

& Other Stories, launched in 2013 by the Swedish H&M group, is built upon three ateliers – in Stockholm, Los Angeles, and Paris. Its collections are designed in those cities for style diversity. Each one of its design ateliers adds a unique expression that reflects the ever-evolving signature styles of the city where it’s based, according to its website. 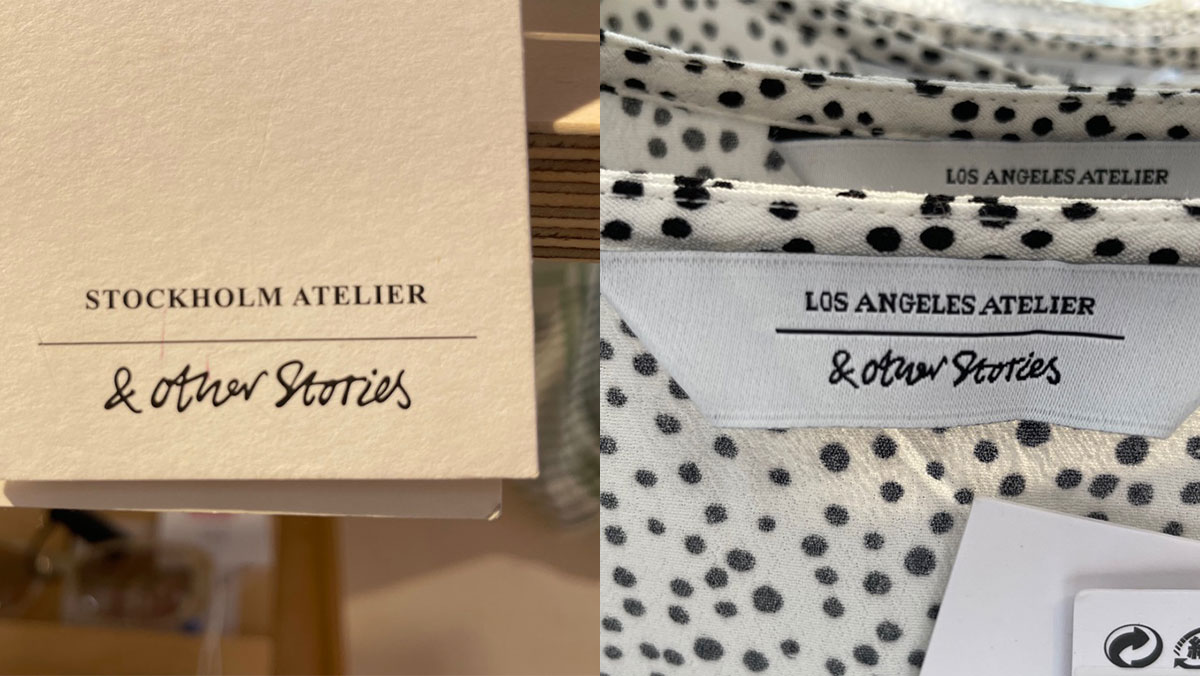 These brands benefit then from the largely positive cultural associations of the places, and also mitigate risk in the case that one or more of the places of provenance should unexpectedly receive bad press or a change in reputation.

Other fashion brands have used provenance fusion – bringing together two or more places of origin – for example, Kenzo (Paris base and Japanese founder) or more recently Maison Kitsune (also Paris base, one founder is Japanese, and Japan theme). Axel Arigato is a Swedish sneaker brand that is Japanese-themed but actually makes its shoes in Portugal, a country itself known for good quality leather shoes.

Outside of fashion, we’re all of course familiar with Apple’s ‘Designed in Cupertino, Assembled in China’ claim. This is interesting as it dodges the Made In (not California) issue, but also shows openness and transparency about where the product is really coming from.

Smeg, the Italian refrigerator brand, uses its ‘Designed in Italy, Made in China’ claim.

It’s in the name

Of course, the provenance doesn’t need to take the form of a ‘Made In’ sign-off line, and can be communicated in many different ways, through visual and verbal language, and other sensorial tools. For many years Japanese car manufacturers shied away from any overtly Japanese-sounding nomenclature in their brand portfolios. Toyota’s Celica, Supra, or Corolla certainly didn’t sound like they were promoting the Land of the Rising Sun, and Nissan even developed deliberately Spanish-sounding names (think Navara and Primera) in order to sit more comfortably with Western audiences. Mitsubishi’s Shogun was as close as it ever came before recent years.

Volkswagen has capitalized on the reassurance of German quality with its native German language ‘Das Auto’ tagline.

Now, Toyota has introduced its Aygo model. A brilliant name that sounds both Japanese and means something very relevant in English.

Getir, the rapid-growing grocery courier business, is another brilliant example of naming and my favorite example of any naming in recent years. It sounds Turkish, where the brand is from, it sounds like ‘get here’ in English, and it even means ‘bring’ when translated from Turkish to English! Getit?

What’s next? Made in Shenzen.

Over the past few decades and particularly the last ten years, China has been increasing its soft power, and now Chinese export brands are starting to compete seriously, not just in consumer electronics but also in areas such as electric vehicles and in, believe it or not, social media. What’s interesting is how some of these innovations are branded. Where Geely and Tiktok steered clear of immediately obvious, Chinese-sounding names, Huawei and XPeng are openly challenging Western brands from a clear place of provenance. XPeng is named after its founder He Xiaopeng and strikes a good balance of tech-sounding and Chinese sounding.

As global reputations of tech and business power hubs accelerate, expect these places of provenance to take more of a lead role in brand communications. We might start to see a lot more of ‘Made in Shenzhen’.

Similarly, there are opportunities for countries like Turkey to better showcase their quality manufacturing capabilities for goods such as leather and denim.

As we continue to see the development of the Metaverse and the continued space race, we can expect to start to see provenance come from places outside of Earth as we know it. Made in Sandbox, anyone?