Negative framing sends many writers and marketers into a spin. But it’s not always bad. In fact, negativity is a powerful (and too often overlooked) tool. When the right brand uses it in the right way, its messages become more impactful – and more memorable. It’s high time to challenge the idea that negativity is always a problem.

There are positives to being negative. Sometimes it just works.

Let’s say I write, “New toothpaste with no nasties.” The likely response will be, “If we say ‘no nasties’, people can’t help but think of the nasties. Can we make it more upbeat?” It’s a fair and sensible line of thought. But here are just a few examples to show that it’s not always true. Not for every brand. Not all the time.

Bad things are easy to remember

Humans pay more attention to unpleasant information. The bias is a useful evolutionary trait – fire burns, falling hurts, and lions will eat you.

Take a more abstract fear like failure. An uncomfortable feeling, right? So it’s brave of Pinterest to whack it front and centre in its latest campaign. And then turn the idea on its head to help people overcome self-doubt.

It would’ve been so easy to come up with a line resembling You’ve Got This! But Don’t Don’t Yourself is genuinely relatable because we’ve all felt that stutter of nerves while trying new things. Pinterest shows us that it understands our hang-ups, then pushes us onwards with a grin.

It can be a laugh

Negativity is often at its best when it’s tongue-in-cheek. Self-deprecation is a great way in. You’re not seen as a downer, and you tap into another great memory trick – the use of humour.

Take the dating app Hinge. A brand that’s happily wishing itself out of existence for happily-ever-afters. I’m not sure how much more authentic or dedicated you can get. Which makes it easier for people to believe in the brand. 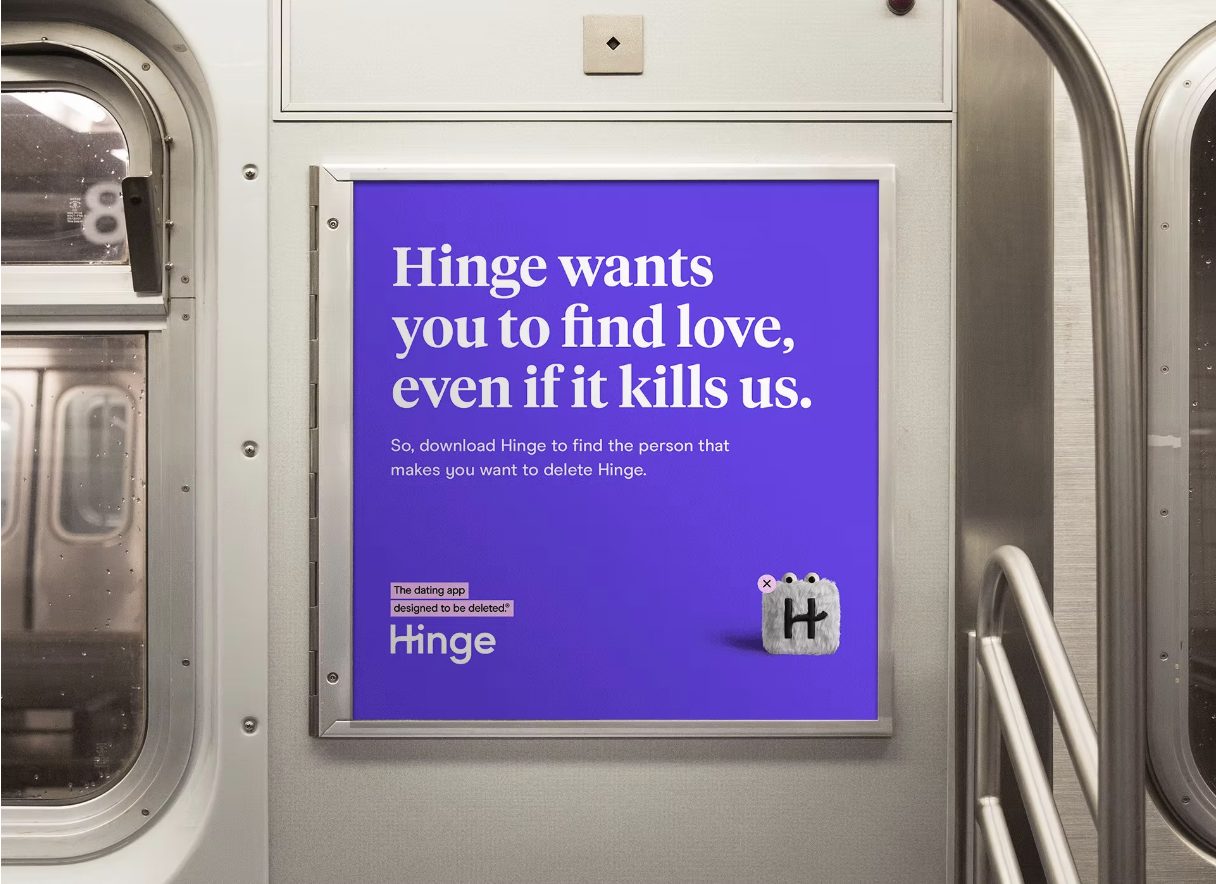 It can make a statement

Negativity can help articulate stances that push against the status quo. Which is more than useful for connecting with an audience critical of the way things are.

SEE ALSO:De-Positioning: The Secret Brand Strategy Apple and Starbucks Won’t Tell You About

When working on Goodfind, we deliberately defined the ethical shopping platform in contrast to consumerism with the line, “Mess up the economy for good.” For its principled audience, that hit home. Because Goodfind’s negative statements match up with their negative opinions about the world as it is. So they realise that Goodfind is an ally in the fight to make it better. 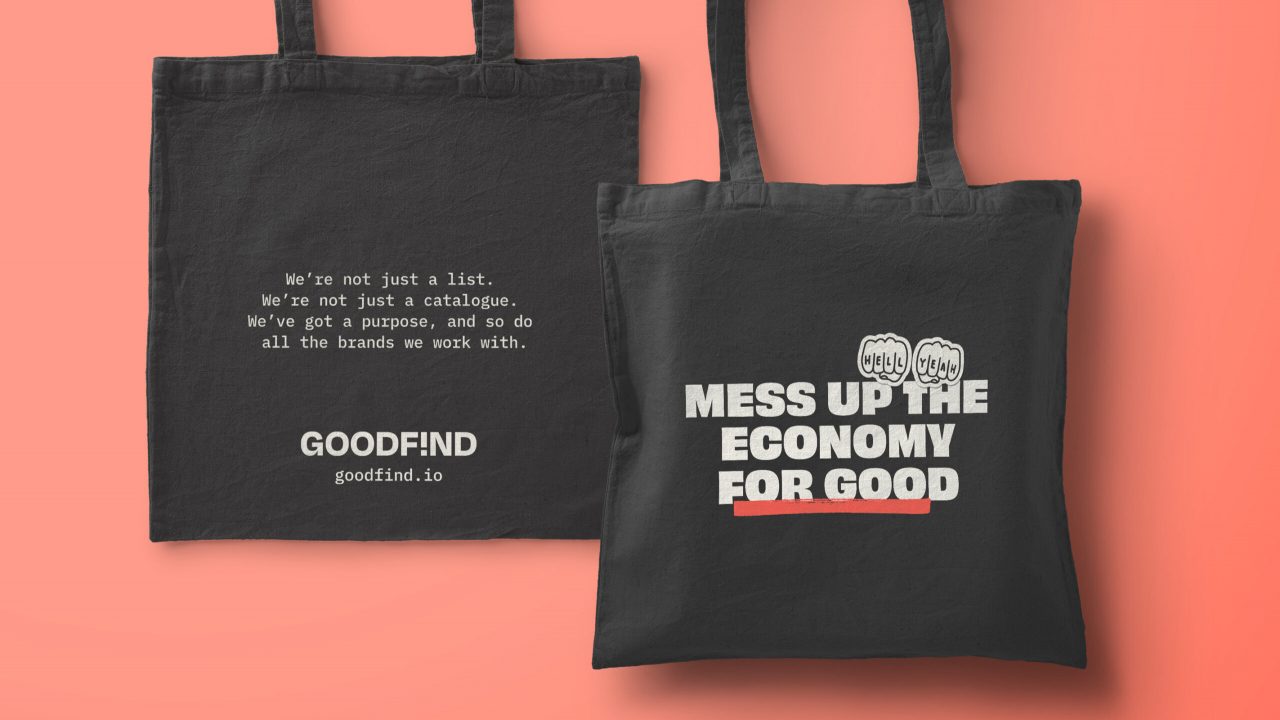 The negatives of being positive

Being negative doesn’t always work. But neither does being happy-clappy all of the time. Even being perceived as “too polite” can undermine trustworthiness for certain audiences. So – as ever – the words need to work in context.

In real life, no one is positive all the time. When we see brands gleaming with sheen-and-shine niceness… do we believe it?

“It’s a father and son thing” blares Halifax’s It’s a People Thing campaign. But, funnily enough, I don’t recall my bank manager ever showing up to hang out with us. 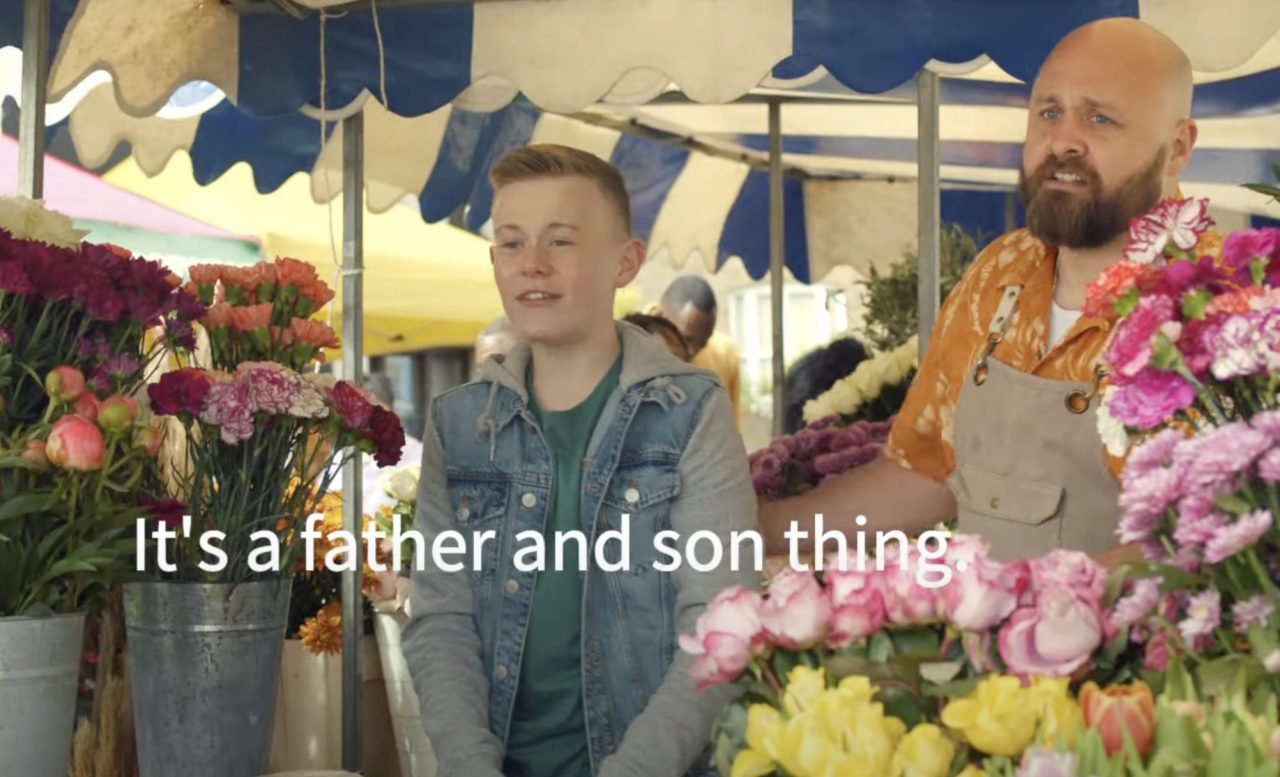 The message is fine, “we’re here for real people and their lives”, but the way it’s delivered isn’t that believable, for me. There’s too much of an assumption that Halifax is a big part of its customer’s lives – and that customers should care.

It’s a thin veneer dangling in front of corporate HQ. (In fact, Halifax proved that when they experienced backlash for their sanitised and airbrushed portrayal of a high street in the ads.)

Being positive can hurt you

Luxury brands that get too friendly undermine their own sense of exclusivity. Being too upbeat, accessible, and open on social media actually makes them worth less in customers’ eyes. That doesn’t mean these brands need to be mean – or snarky. But a touch of aloofness coming from, say, Versace? That’d feel about right.

To be successfully negative, it’s got to be you

As always, you need the whole weight of your brand behind your words. Because – just like with positivity – negativity must feel authentic. Or what you say will be less believable and less effective.

It’s not for every brand and that’s OK. But for those with spiky attitudes, those disrupting the norm, or simply those at the more playful end of the spectrum – have you ever tried saying no?