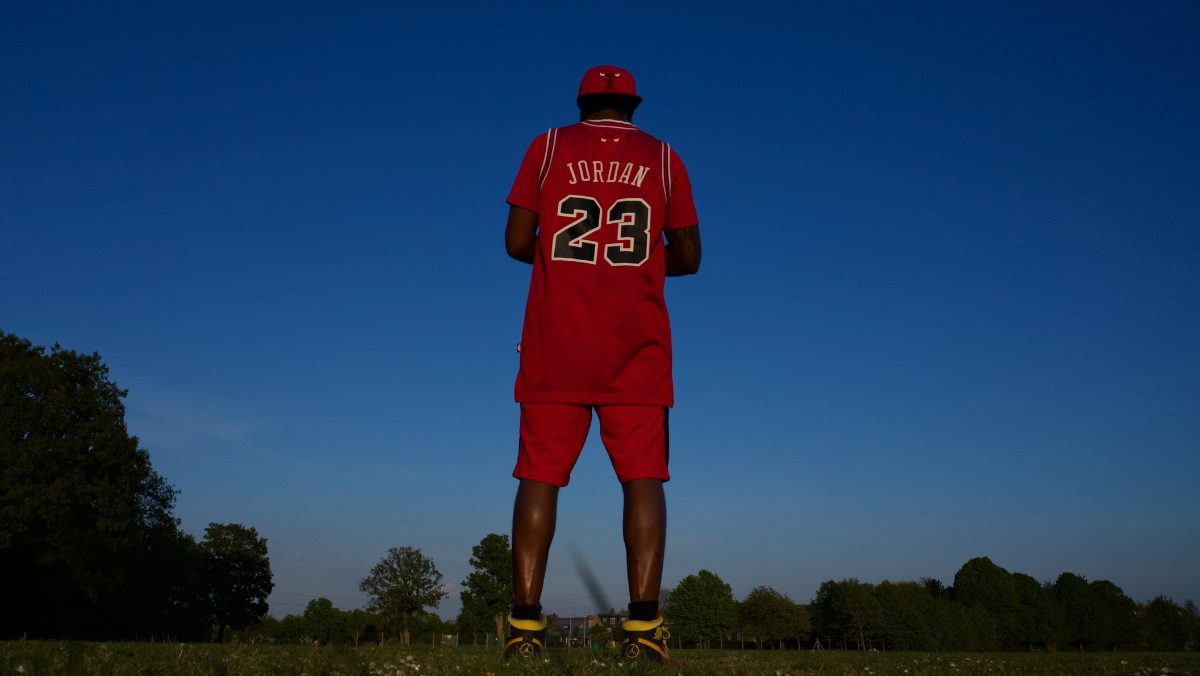 We’ve become brand fans. And much like with our favorite athletes and sports teams, that devotion runs deep. If you’ve ever experienced a PC user attempting to convince an Apple fan why PC‘s are superior, it’s the same heated discussion Red Sox fans have with Yakees fans, and disgust Packers fans feel towards the Vikings.

The best brands make us feel something deeply, which is why the world’s smartest brands now experience the same devotion professional sports teams do.

Recently a friend tried convincing me his Dell laptop was better than my MacBook Pro. My response? “FU*K YOU.” Because I’m an Apple guy and have been for 20 years. It’s the same cult-like devotion I felt growing up in Chicago watching Michael Jordan in the late 90’s.

Yet, most brands are missing out on what successful sports franchises have relied on for years to grow brand engagement and loyalty — branded films.

Have you ever become a bigger fan after watching a film or series? Like watching the docu-series The Last Dance about Michael Jordan’s last season, and becoming more of a Jordan fan afterwards? Because if you did, you’re not alone.

Twitter reported more than 11 million Tweets about The Last Dance when the series first aired. At the completion of the final episode, 20 of the 30 trending topics related to that documentary. Keep in mind, this is an audience that largely wasn’t even alive when Jordan played basketball over two decades ago.

How was Jordan’s brand impacted? His shoe sales shot up 38% — a brand that brought in over $5 Billion in annual revenue last year.

Although, branded films are not exclusive to sports. How many of your kids wanted an Elsa or Olaf doll after seeing Frozen? Or Ninja Turtle action figures, costumes, lunch boxes, and clothing after watching a Ninja Turtles film? What about LEGOS, Marvel, and Red Bull?

What’s confusing to me is why more companies aren’t producing branded films. Especially in a world where all you need is a smartphone and a $40 mic to do so.

Most branded films are inexpensive productions that tend to be documentaries, centered around a brand’s core message – typically 1-10 minutes in length. While larger brands may produce films or episodes an hour or more long, it’s not necessary.

I want to be very clear here that branded films are NOT commercials. Your audience should feel like they are watching a movie, not an ad. If you’re talking about features, price, or color options in your film — you’re doing it wrong. The goal is to connect with your audience in a meaningful way by demonstrating you have shared values with your target audience. A brands “why” is at the center of branded films, allowing brands to connect with their audience through shared feelings, beliefs, or experiences.

Product placements accomplish something much different than branded films. They’re more like traditional ads, in that they get an audience thinking about your product for a split second. Whereas you’ll know your branded film is working if your audience says, “Hell yeah, I believe that too.” Patagonia understands this better than most, “who make(s) films on behalf of our home planet.”

Branded films are a pull rather than the traditional advertising push or nudge — and they’re addictive.

“When binge-watching your favorite show, your brain is continually producing dopamine, and your body experiences a drug-like high,” Carr explained to NBC News, “You experience a pseudo-addiction to the show because you develop cravings for dopamine.” – Dr. Renee Carr, Psy.D

How many of your banner ads resulted in a “pseudo-addition” last month? What about social media posts? Emails?

When I watched The Last Dance, I cleared my schedule so I could binge the entire 10 hour season. This, in a world where we fight to keep someone’s attention for 15 seconds on TikTok.

It’s obvious branded films work, so why aren’t more companies making them? I think two of the main reasons are:

You can work with an agency or production company to make your first branded film. There are many capable partners who will guide you through the entire process. But if you’re the DIY type, you can find courses online. The days of needing expensive gear to shoot professional quality films are long gone. Feature films shot on iPhones regularly win awards – even Stephen Spielberg recently shot a music video entirely on an iPhone.

Branded films are maybe best known among the $862 Billion outdoor industry (2021) — an industry with deep seeded brand loyalties whose athletes are celebrated as demi-gods.

The North Face produced “Free Solo” two years ago, which documents Alex Honnald climbing El Capitan without ropes. After that film, many people who previously didn’t care about Alex or The North Face now do – in a huge way. The North Face also produces short branded films like It’s more than a jacket, which received over 10 million views in one month.

No one likes ads, why not make short films instead?

The point here is most of us don’t like ads, our own, or the ones we’re served. Yet, everyone on the planet is drawn to and compelled by films – so why not spend more of your marketing budget there instead?

I cried every episode of The Last Dance. Sometimes twice. Deepening my brand loyalty in a way 300 segmented emails and the world’s most compelling banner ad never could. It also resulted in me purchasing my 7th pair of Jordans (and definitely not my last). When I have kids, they too will wear Jordans. And if I’m still alive, their kids too.

It’s the type of brand loyalty professional sports teams are familiar with, but most brands don’t realize is possible. But it is — with branded films.