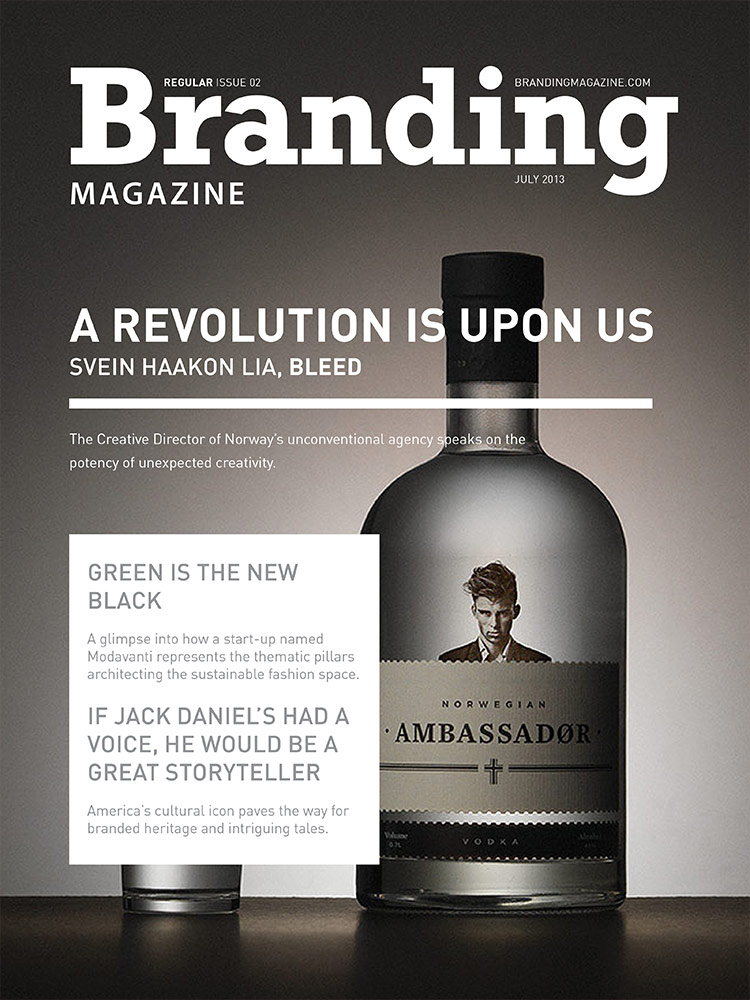 A Revolution Is Upon Us

From Norway to Australia and from packaging design to award-winning creative, this issue crosses physical borders as much as it does metaphorical ones. It features interviews with the likes of The Collective partner, Margaret Nolan; Modavanti’s Director of Operations, Adam Clancy; Bleed’s Creative Director and Founding Partner, Svein Haakon Lia; and Ogilvy & Mather Prague’s Executive Creative Director, Will Rust. As these experts speak from the creative side, our very own contributors and writers also delve into the tech space with an Android-focused feature, the alcohol sector with an ode to Jack Daniel’s and film branding with a study of The Great Gatsby. Basically, this issue gives you a little bit of everything!

• What Happens When Humor and Sensitivity Co-Create… by Flavia Barbat

• A Revolution Is Upon Us by Flavia Barbat

• Green Is the New Black by Flavia Barbat

• Wine Branding: It’s All in the Bottle by Katrina Radic

• Android: A Story of Success by Dorian Cioban

• If Jack Daniel’s Had a Voice, He Would Be a Great Storyteller by Katrina Radic