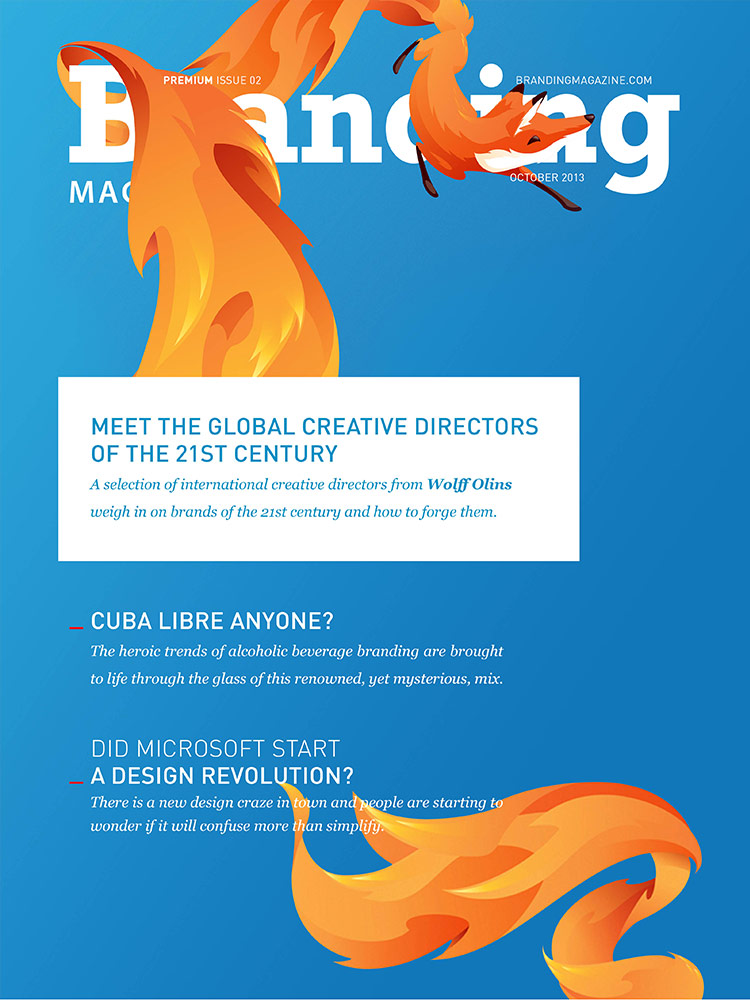 Crafting the Brands of the 21st Century

Our second Premium Issue strives to paint a picture of truly modern brands, the brands of the 21st century. We step into the world of Facebook and how it continues to redevelop itself to remain relevant; we speak with the CEO and VP of Marketing at Alex & Ani, one of the fastest growing companies in the US and one with high moral standards; we analyze the heroism of the Cuba Libre and its continuous appeal; and we even take a stab at sexual advertising, debating whether it does more harm than good (or vice versa, depending how you’d like to look at it). Last, but quite the opposite of least, we showcase the thoughts of five of the most prominent creative directors from Wolff Olins, who chat with us about global branding and current brand developments.

• Science and Branding or the ‘Science’ of Branding? by Dr Jonathan A.J. Wilson

• Sexual Advertising: A Requirement or a Myth? by Jovana Tomic

• Did Microsoft Start a Design Revolution? by Katrina Radic

• An Inside Look at Pearlfisher’s Futures Program by Flavia Barbat

• Landor: On Clients, Collaboration, Social Media and the Future by Dorian Cioban