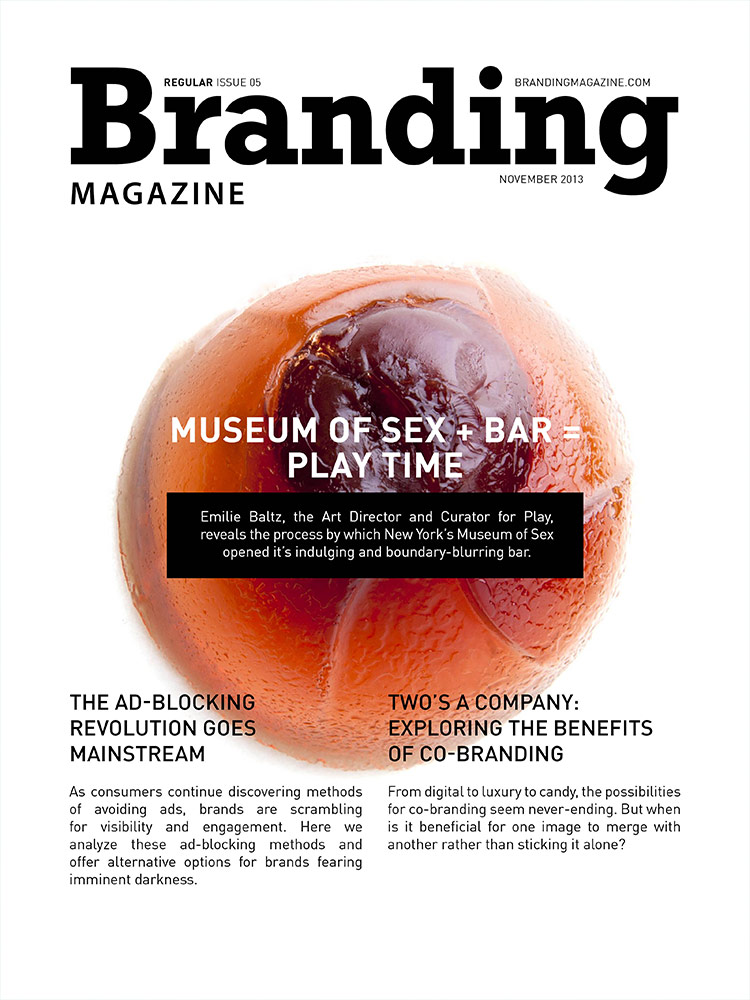 The Museum of Sex

We begin our fifth Regular Issue with a look at the new ad-blocking trend traversing the Internet, a contributor piece from Aaron Aders. This is followed by a recap of the Incite Marketing and Communications Summit, with valuable pieces of knowledge from some of the industry leaders that were present. Then the true fun begins. We discuss the attempted rebrand of feminist ideology, the intricacies of co-branding, the Museum of Sex and it’s playful new bar, and square-bottled wine. Like we said, fun.

• Feminism: The Attempted Rebrand of an Ideology by Katrina Radic

• Two’s a Company: Exploring the Benefits of Co- Branding by Dorian Cioban