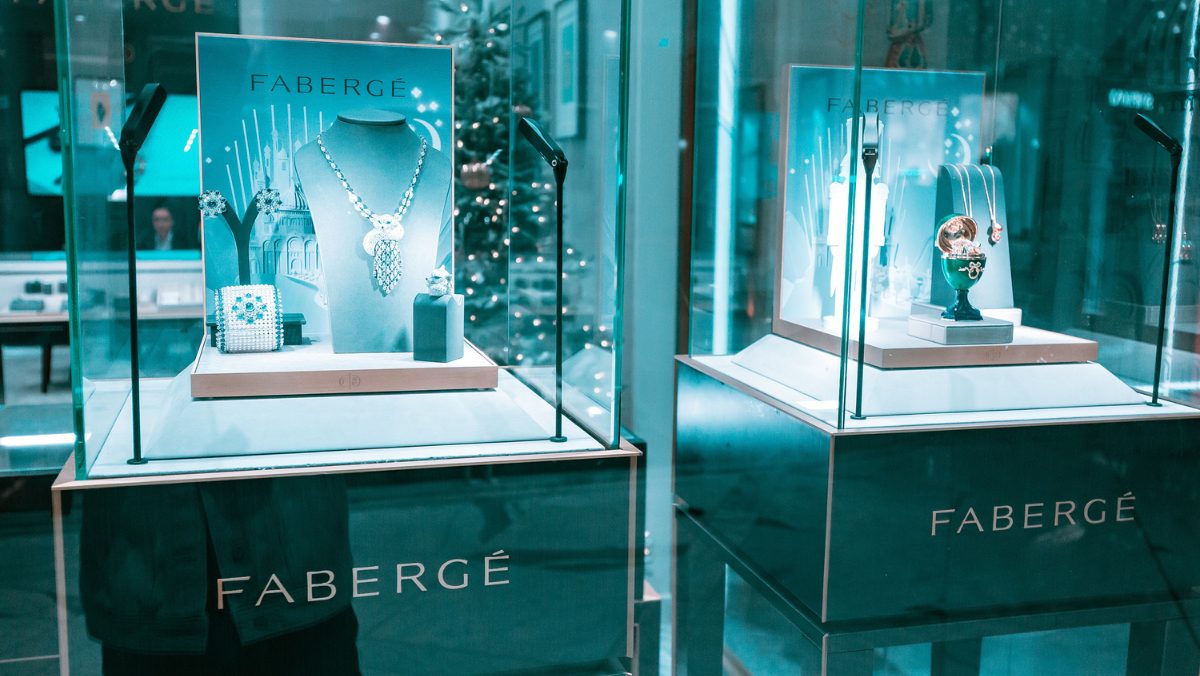 We are all familiar with the name, Fabergé. Their “eggs” are widely regarded as some of the rarest and most collectible objets d’art on the planet. And their position in popular culture was cemented in James Bond, when an egg was featured in 1982’s Octopussy.

So what makes Fabergé Eggs so special? Why are they so culturally significant?

To understand more, we need to understand the family’s history. In doing so we’ll uncover a story of early brand positioning, brand strategy, and brand architecture that many household brands still employ today.

The History of Fabergé

The House of Fabergé was founded in 1842 by Gustav Faberge – note, there is no accent on the final “e”. Gustav was a descendant of Huguenots who fled France due to religious persecution in the late 1600s. The family was originally called Favri, and over several generations changed their name from Favri, to Fabrier, to Faberg. Gustav, born in 1814, added the “e”, changing his family name to Faberge.

In the 1830s, Gustav moved to St Petersburg, Russia to train as a goldsmith. After ten years of hard work and dedication, he officially became a Master Goldsmith, and in 1942, at the age of 28, Gustav opened a humble jewellery store in the basement of a building on the iconic Bolshaya Morskaya Street. He named his store “Fabergé”.

Precisely why Gustav added the accented “é” to the name remains unknown. What is known, however, is the Russian nobility’s Francophilia. The official language of the court was French, and it was widely spoken by the aristocracy. The upper class were also known to favour French luxury items.

Perhaps it was a coincidence. But it seems more likely that Gustav understood the importance of brand positioning, and that adding the diacritic to the “e” was a clever tactic to appeal to his desired audience.

When coupled with the location of the store — his choice of Bolshaya Morskaya Street was not a coincidence given that bankers, merchants and the wealthy had long settled there. The street was nicknamed “Diamond” — it’s clear that Gustav Faberge was physically and mentally ensuring his store was highly visible to his audience.

The Innovation of Carl Faberge

Gustav’s vision for the House of Fabergé however, was limited. It was his eldest son, Peter Carl, who chose a direction for the brand that would change jewellery design forever.

By the 1860s his father had moved the family to Germany to enjoy his retirement, leaving the House of Fabergé in the care of his trusted partner. Carl was very different from his father. He was formally educated at the Dresden Arts & Crafts School before embarking on a tour of Europe when he was 18.

This Grand Tour took Carl from Paris to Florence, Frankfurt and London. Along the way Carl was learning from respected goldsmiths across the western continent, and visiting renowned museums and galleries. By the time Carl completed his tour and returned to St Petersburg, he was 26.

By this point in life, Carl had a vastly expansive set of experiences compared to his father. This led him to look at jewellery in a completely different way. Pulling from his eclectic teachings and observations, Carl began to experiment.

At that time, jewellery was typically heavy and ostentatious. Carl was interested in raising the goldsmith’s art to a much higher level, and so he diligently moved away from the in-vogue style, favouring elegance in both design and execution.

During the ten years after he joined the House of Fabergé, Carl was patiently honing his craft, ready for the day in 1982, after taking over the family firm, he showcased his unique pieces in the All-Russia Exhibition.

They were a sensation. Carl had chosen to exhibit pieces that would stand out compared to the jewellery of the era. One piece in particular caught the eye of the Tsar, Alexander III. That piece was a replica of a gold Scythian bangle from 4BC.

The choice of this piece wasn’t an accident. This particular band was housed in the Hermitage Museum in St Petersburg – the largest art museum in the world. In replicating this band Carl was demonstrating his respect and understanding of ancient pieces of art, whilst showcasing his House’s craftsmanship in being able to replicate them.

In effect he was saying their work was the very highest level of quality and craftsmanship, and no one else was doing it. If you’ve ever paid attention to an Apple video, this thinking may sound familiar.

SEE ALSO:Truth – the Anchor of Luxury

The Tsar was blown away. Carl was awarded a gold medal and the Tsar ordered that objects created by the House of Fabergé should now be displayed in the Hermitage – alongside the very band that had inspired Carl and his team.

The House of Fabergé was now well on their way, and so began the era of the Artist Jewellers.

In 1885, came the moment that would define Fabergé forever. The Tsar commissioned them to create his wife an Easter gift in an attempt to take her mind off of terrorist attacks that had been made on the imperial court.

“Inspired by an 18th century original, the Hen Egg has an opaque white enamelled outer ‘shell’, opening with a twist to reveal a first surprise – a matt yellow gold yolk. This in turn contains an enamelled chased gold hen that once held a replica of the Imperial Crown with a precious ruby pendant egg within. The rub itself cost more than half of the egg’s total price (both lost, being only known from an old photograph).” — Faberge.com

In our age of technological marvels, this may not seem that impressive. But the Hen Egg displayed craftsmanship of the highest standard, materials of the highest quality, techniques that had either been forgotten or were newly invented, and a childlike desire to surprise and delight.

The Tsar’s wife was so delighted that the House of Fabergé was commissioned to make an Easter Egg gift every year thereafter. It’s reported that the Tsar gave Carl and his company complete freedom to create whatever they wanted. The details of the egg were kept a secret from even the Tsar himself, growing more elaborate by the year.

But the House of Fabergé were victims of their own success. They were now too busy. So the two brothers made a decision that is still employed by fashion houses today. They established independent workshops that were contracted to exclusively work for Fabergé. The designs came from the House, but the eggs (and other pieces) were crafted by teams of experts including metalworkers, jewellers, designers, and other specialists.

SEE ALSO:Building Billion Dollar Brands: Luxury Isn’t What You Think It Is

This meant that there was more room to create, to experiment, to push the boundaries. Through their access to the Hermitage they were able to study and seek inspiration from a wide range of sources, learning and experimenting with new techniques. They revived the lost art of enamelling, and it is said that they obsessed over the placement of individual gemstones in each piece to ensure they would create the perfect impression for the viewer.

They would produce dozens of wax models for all their jewellery so that they could iterate on designs, experimenting until they exhausted every possibility. Sound familiar?

In total, 50 eggs were made for the royal family. 43 are accounted for today.

What can we learn from Fabergé’s incredible story?

This reminds me of one of my favourite Steve Jobs quotes:

Faberge and his team held themselves to the highest standards. They never compromised. They dared to be different, and they did it on their own terms. That’s why they were so revered, and that’s why their eggs remain so significant to this day.