What is Guerrilla Marketing

Firstly let’s remind ourselves what guerrilla marketing is: it was defined by Jay Conrad Levinson in his book Guerrilla Marketing back in 1984 as “the act of executing an unusual or unexpected marketing activity in a common, everyday place in order to generate a buzz for your products or services”

I translate this for today as: identifying closely the target consumer, doing something that really takes them by surprise and has a lasting impression in a fun and positive way.

I’ve inserted this amazing infographic from Ad Age which shows media consumption across Europe by generation. The key and basic message this delivers for me is: The European consumer engages, interacts and is bombarded with brand content through a large variety of media throughout the day.

We are also constantly reminded of the importance of social media and the usage stats speak for themselves:

Therefore, Guerrilla marketing clearly does have a place in 2012 – creating cut-through in a crowded media environment where consumers multi-task and attention span is low. If it is done right it also creates vital positive engagement.

It is ideal for small businesses that need to reach a lot of people but also for large brands who are trying to achieve cut-through by introducing a more grass root element to their campaign.

To be effective guerrilla marketing needs to be based on a number of principles:

When individuals get hooked on the idea that a guerrilla advertising campaign is portraying, they spread that idea to their friends.  This can result in the idea going viral.  That is the power of connecting to the individual rather than a group

As quickly as guerrilla marketing messages can spread, negative feedback spreads even faster. Also what is the point in creating noise then doing nothing with it? This is so often a mistake made by marketers.

Guerrilla marketing tactics are different and typically more unpredictable than traditional marketing activities. They are, of course, designed to be more memorable and produce a bigger impact.

However being bold can mean taking a risk, another reason for quick follow up. It is essential that, particularly in a big company, everyone buys into the campaign and any potential risks that may be involved.

Guerrilla marketing is not just about putting up some enhanced posters or creating a viral piece. Below I list a number of different types of guerrilla marketing and give some examples. This list is not exhaustive – that is up to your creative marketing team!

A common trend in ambient advertising is taking an object and making it in larger or smaller scale.  It’s a great way to raise curiosity and get the person to come and take a closer look. 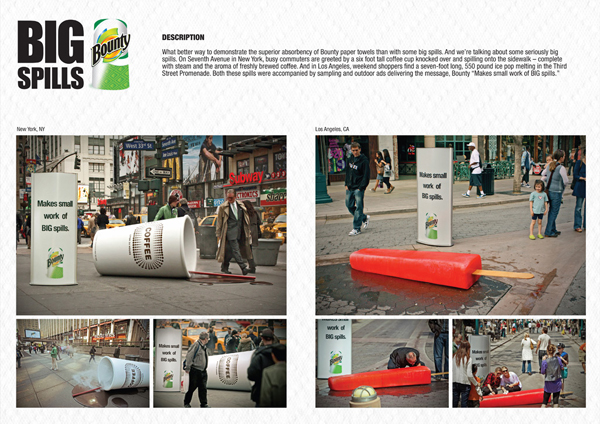 2. ‘Stunts’ – have people do something unexpected that makes people notice.

Lynx in the UK (Axe in other markets)  loaded a double decker bus with several couples. Suddenly all the couples jump all over each other and start kissing passionately . The bus was also wrapped with an ad that said, “Lynx Attract for Him + Her.” 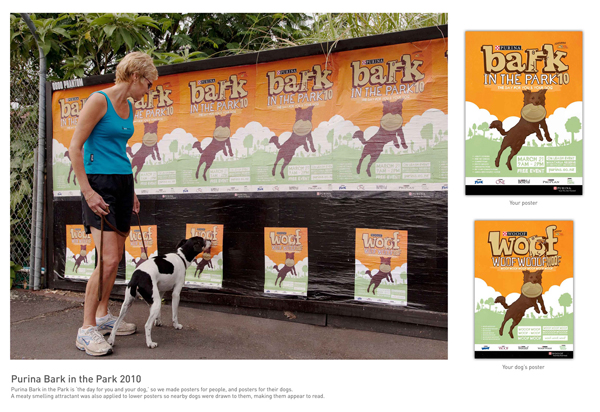 Purina Bark in the Park is ‘the day for you and your dog’. Ogilvy Auckland made posters for people, and posters for their dogs. A meaty smelling attractant was applied to lower posters so nearby dogs were drawn to them, making them appear to read.

The Israel Anti-Drug Authority recently created a Facebook profile of ‘Adam’ who on the left is using drugs and on the right life without drugs. Made to look like the profile of someone you know. 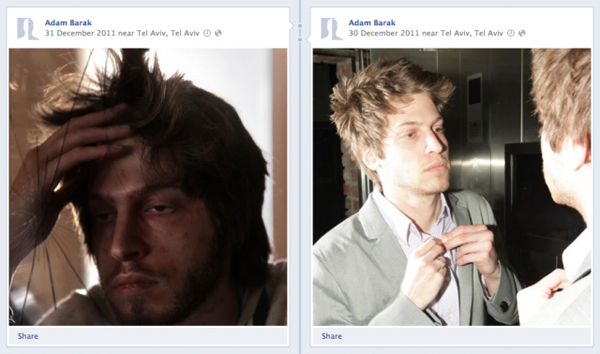 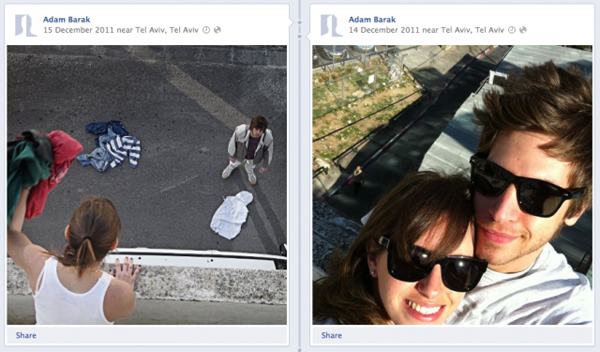 Guerrilla Marketing relevant to 2012? In a word yes.

As we become increasingly more commercially oriented and even more distracted with the fragmented digital world,  it seems that ads and brand messaging are popping up nearly everywhere. Creating cut through is and will continue to be critical to any product or brand.