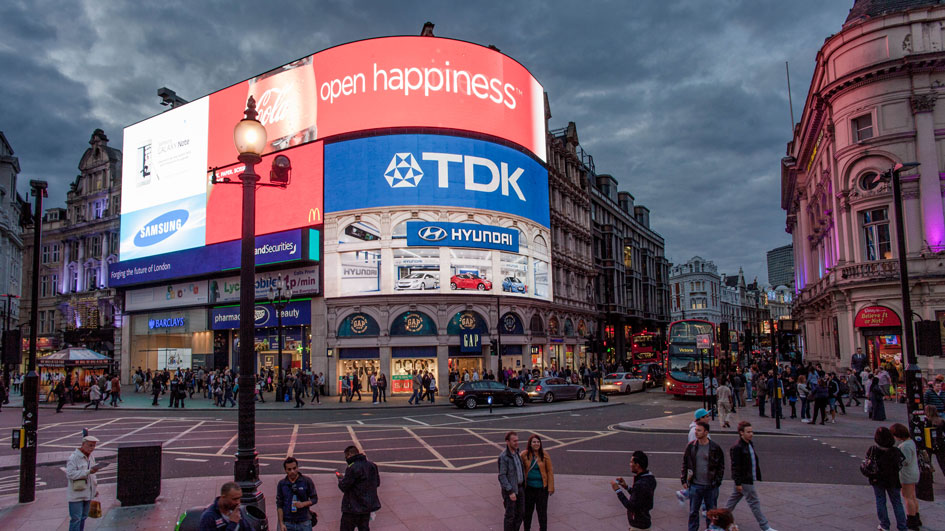 The plight of the UK High Street is well-documented. With countless retailers closing and sales figures dwindling year on year, the High Street question is one that many are keen to answer before a great British institution disappears before our eyes. HMV and Jessops were given last-minute reprieves when faced with the gallows, but as we move forward it’s inevitable that more big names will fall upon the hardest of times, with fewer being granted a second chance.

There have been a number of solutions mooted as means for saving the High Street. A government minister has also suggested consolidating retail spaces within towns by converting empty units into affordable housing. What’s clear is that initiatives are sorely needed to truly bring life back to dead commercial business districts, so here’s an idea:  Why not ask major brands to sponsor the High Street? Many may feel that it’s perhaps about time corporations demonstrated a bit of social responsibility and gave back to the communities from which they profit so ostensibly.

With the point of purchase increasingly becoming ‘any place, any time,’ the emphasis shifts to experience – the need for brands to curate spaces dependent not entirely on sales, but immersive, engaging environments. Environments that consumers can spend time in without any obligation, experience the brand and perhaps become a long-term advocate tied-in on an emotional level.

With this in mind, why shouldn’t the biggest brands think bigger? Under the term umbrella branding, the P&Gs, GSKs and Unilevers of the world have all made moves in recent times to bring their masterbrands to the fore and develop a relationship with consumers for the first time in their histories. So why not think beyond single retail units and engage their wider portfolio to create a real immersive experience that also gives back to the community at the same time? Cellular carriers have done this to great effect, as have some CE brands. Of course, I can’t fail to mention Apple, the most profitable retailer by square footage, which Microsoft is presently trying to emulate in the US.

Take Unilever, a global masterbrand that has made a concerted effort to place social responsibility at the heart of its operations. Notably, its ‘Sustainable Living Plan’ sits front and centre within the organisation’s modern-day mission and is deemed a ‘strategic response to the challenges our world faces.’ Furthermore, it has partnered with D&AD to create a brand new award, the White Pencil, for the best example of design and creativity that has social good at its core and sets purpose above profit.

Unilever has a vast portfolio of brands, including Marmite, Walls, Lynx, Ben & Jerry’s, Dove and Persil to name just a few. According to the figures, it holds over 400 brands worldwide with over two billion consumers using them daily. So why couldn’t they utilize these brands and take over empty retail units? It would both promote the shared ideals and values of the Unilever proposition, but also deliver a unique experience that our towns desperately need.

Furthermore, in addition to retail units allocated to various brands within the portfolio, retail space could also be offered to small businesses and students, in order to showcase and sell their products and talents. The current environment makes it challenging for entrepreneurs to start up and an investment from a brand would provide both a valuable platform for budding business owners and also a little bit of hope, too. Plus, such an investment would be a very small price to pay for the opportunity to create a High-Street-wide brand experience.

Lastly, much debate has centred upon local communities becoming increasingly homogenized and such a move would go a long way to sparking some life back into our towns. The High Street is so much more than the point of purchase and it’s vital not just to our economy, but also to our society. What better way to engage a community than by injecting some belief, inspiration and positive energy into a struggling economy?

Although the burden of responsibility appears to be a hot potato at times, the seeds of social consciences are still sprouting and emerging. It requires bold thinking, indeed, but, in light of tax scandals and ethical controversies, it offers an opportunity for such brands to truly put their money where their mouths are, give back and perhaps change the shape of the High Street for new generations.