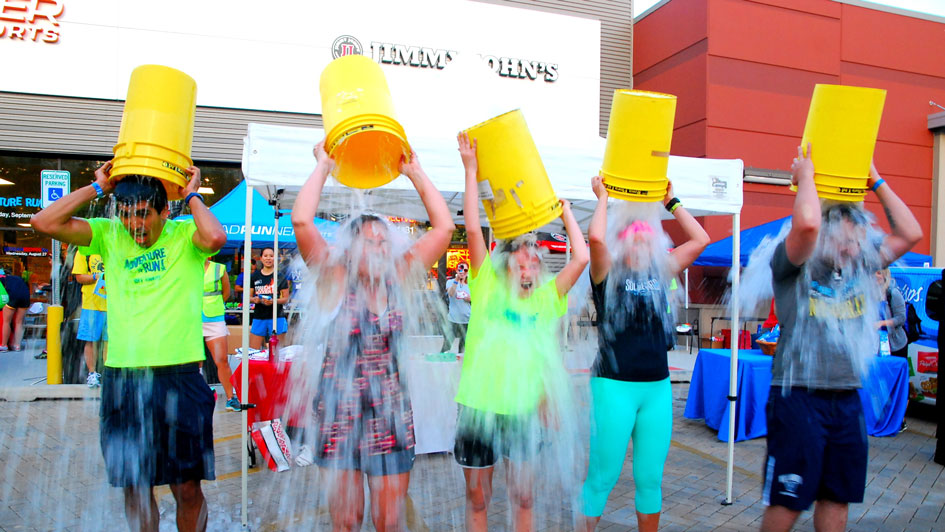 The ice bucket challenge has been a runaway success for charities. Social media has exploded with video content of nominated individuals showering themselves in icy water and nominating others to do it in the name of a good cause. And it has gone a long way to helping those causes. The Amyotrophic Lateral Sclerosis (ALS) Association, the instigators of the campaign, received over 36 times more in donations in August than they did over the same period the previous year ($98.2m versus $2.7m). The British equivalent, the Motor Neurone Disease Association, received nearly 14 times more (£2.7m) than usual (£200,000) in the last week of August. From a brand awareness perspective, and let’s face it charities operate as brands these days with everyone having “a” charity, it was astonishing. For very little investment the challenge generated over 28 million interactions on Facebook alone. Yet it has raised questions about the future of online charity campaigns, given the risks the ALS Association and others potentially opened themselves up to. Blog posts questioned the amount the ALS Association spends on salaries, Macmillan tried to hijack the challenge for their own cause, and there have been complaints in the Twittersphere that the campaign became about the vanity of nominees, not charity.

The campaign has raised the bar to incredible heights, highlighting what can be achieved on a small budget if one captures the imagination of the public. While it was all in aid of charity, it was all about social media. Thanks to Mark Zuckerberg, the campaign reached a dizzying number of people in a very, very short time. By having to nominate three people in every video, and many nominated more than that, it felt like watching the ‘six degrees of separation’ theory in action.

SEE ALSO: Lessons from Malaysian Airlines: Damage Control and Should They Rebrand?

It reached a point where Facebook was so full of ice bucket videos that users felt normal service was suspended. Almost every post appeared to be a video of someone pouring cold water on their face. Despite the success of the campaign, it must have been unnerving to many to have to show off their generosity to charity in a very public video, rather than continue to quietly donate to the good causes they support. Those nominated had 24 hours to upload their video and nominate three others, which left those who – for whatever reason – didn’t want to make a video at risk of being stigmatised as uncaring spoilsports. Charities and brands have to be careful of leaving themselves open to association with behaviour that can potentially feel like bullying.

It’s also important that charities don’t get carried away. The ALS Association tried to trademark the term ‘ice bucket challenge’ which would have meant other charities would have had to pay them if they tried to run a similar campaign or event. This is a misstep for two reasons. It leaves a sour taste in our mouths when a charity tries to monopolize something people have been doing to raise money for months before the ALS Association co-opted it. And also, they’re mad to think they need the trademark. The ice bucket challenge will forever be associated with ALS for good and bad reasons. The real challenge for the Association, as a brand, is to ensure that the vast number of people who are now familiar with the acronym ‘ALS’ know about the condition. Converting social media show-offs into long-term donors and supporters of the cause is the real ice bucket challenge.

Just Say No: How Negativity Can Get Positive Results

How to Overcome Common Barriers to Organizational Change