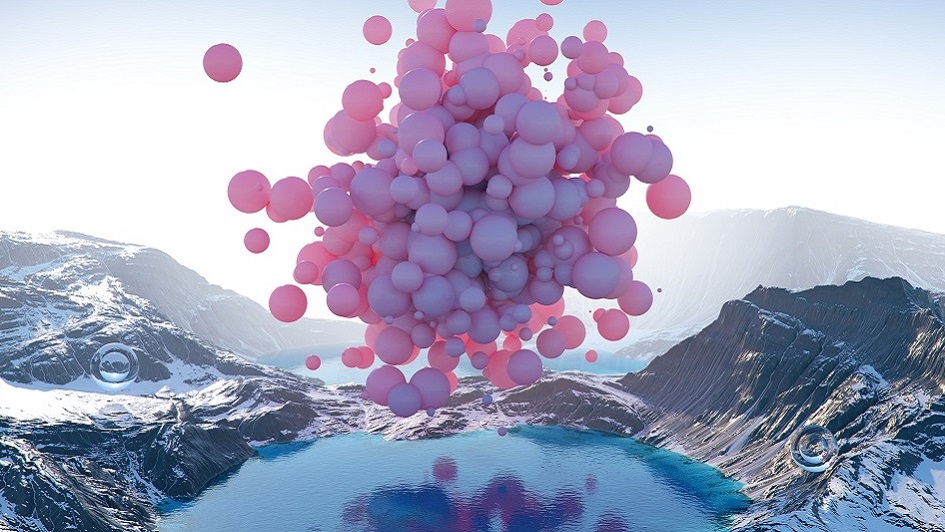 Impressed by his daily designs, we interviewed Filip Hodas, a 23-year-old DJ and graphic designer from Prague, on the way that he uses social media, the recent shift in his work, and how younger people can make waves in the digital world while still remaining independent. Not only were we able to inspect his mind-boggling landscapes and sceneries, but we also took a peek into his point of view regarding marketing and brands.

Branding Magazine: You have started impressing the digital world with renderings of futuristic hyper-real landscapes and gathered quite a lot of followers with your daily posts on Facebook. Was this a natural thing – posting daily content – for you or did you use this to attract followers intentionally?

Filip Hodas: I started doing this to get better at 3D and this is still my main goal. Don’t get me wrong, it’s amazing that my images are popular and I absolutely love all the support they get on my social network channels, but I always try to focus on the work itself, rather than its impact on social networks. Often it’s quite hard to not get discouraged when some different look/style doesn’t get much response, but if I like it and feel like it can lead to something cool or it is a good exercise, then I’ll just do a series. Even if the response is really bad.

SEE ALSO: Marketing in a World Where the Most Popular Word Is an Image

Bm: Recently, one of your graphics has been featured by Instagram as a cover for its Search and Explore tab. Has this brought any increased interest in your work and yourself?

FH: It definitely did. One of my short animations which was featured in this surreal selection got to almost 250,000 views in a few days. But other than that, the impact wasn’t as huge as I expected. Nevertheless, I still take it as one of my biggest achievements in term of social networks. 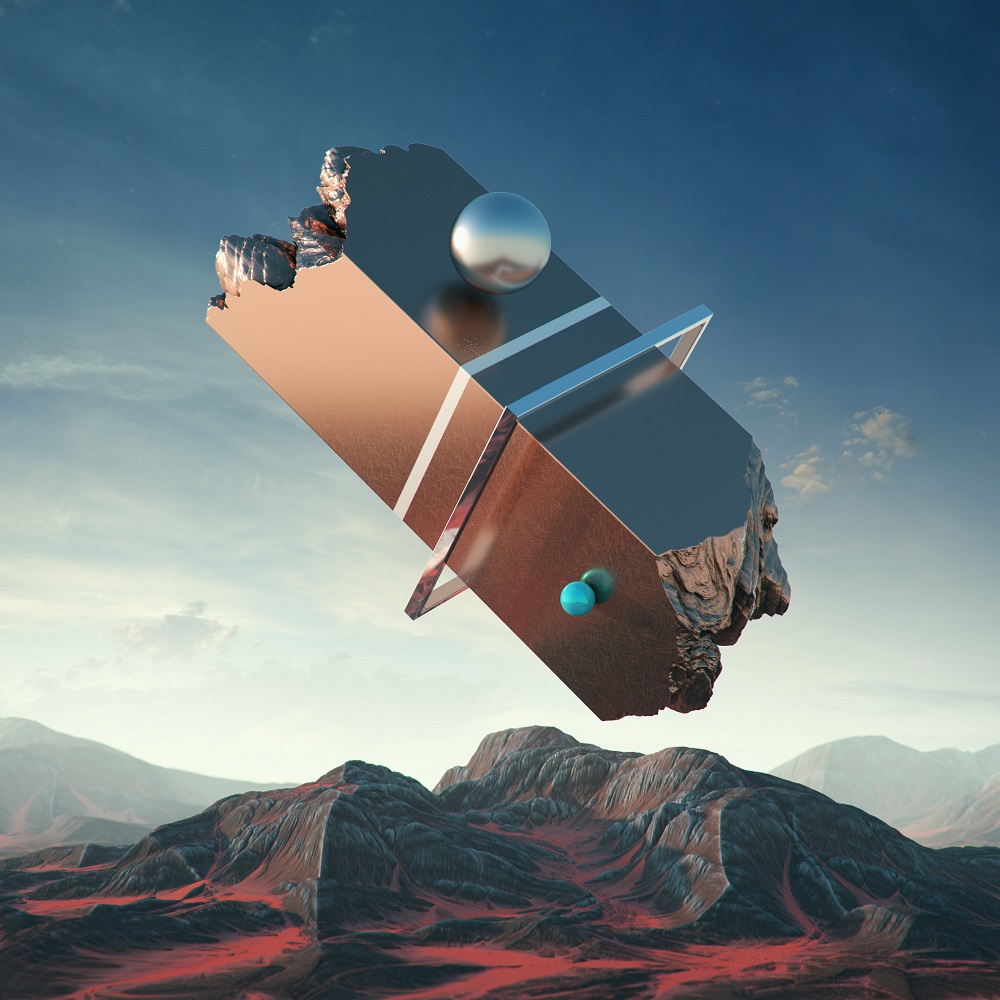 Bm: How much control do you hold over where you are featured? And how do you decide what kind of press coverage you’d like to have? Do you actively reach out to them or do they usually come to you?

FH: Honestly, I don’t think it’s possible to have much control over these things nowadays. Blogs, magazines, and various pages are sharing, featuring, re-posting stuff every second and only the bigger magazines ask you/inform you about it.

I’ve never reached out to anyone and I don’t think I ever will – I’ve always felt that sending my stuff somewhere and asking to be featured, included in interviews, etc. is a kind of “pushy” self-promotion that everyone on the Internet does now and I honestly hate it. I believe that if you work hard enough, sooner or later, people will notice you.

Bm: Recently, there has been a shift in your work from abstract landscapes to more specific, and floral/faunal compositions. Was this a calculated decision to avoid people getting used to you producing the same type of content?

FH: I just really needed to do something different for a while, I felt like my abstract and landscape works were getting a bit too repetitive and not very inventive. And I wanted to sculpt some animals for a long time, so I decided to give it a shot. 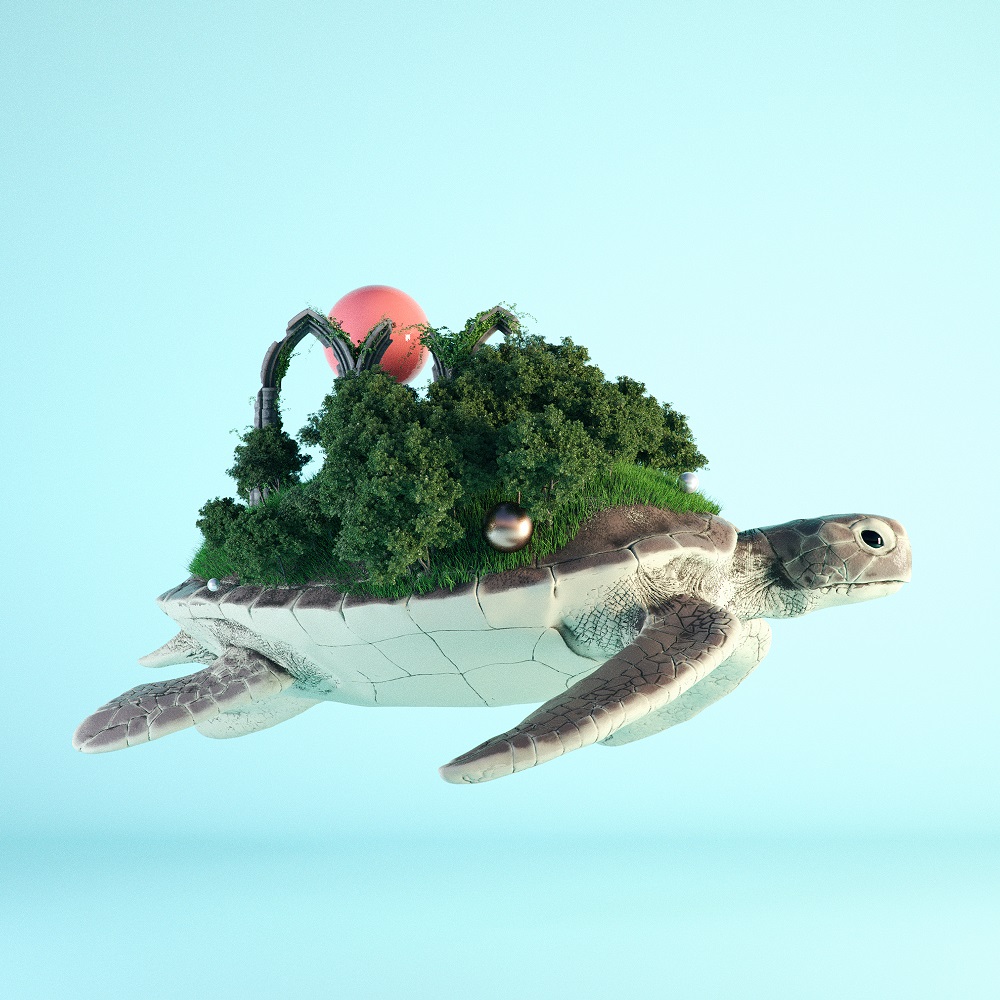 Bm: How has the way in which you present your work online progressed or changed?

FH: I have still kept it pretty much the same. As I mentioned earlier, I mostly believe in the quality of my work rather than “over-promoting” myself. I use standard social channels and pages for graphic design where I just upload images and then wait and see what happens. I don’t want to sound too pejorative against marketing and promotion, as most of my (professional) work stems from these two areas. I am trying to build my brand on quality and not on being active on social media. There are way too many people who are doing this, but their work is just not good enough.

SEE ALSO: Essentials for a Branding Career: Branding Roundtable No. 20

FH: Social networks offer amazing possibilities, especially for freelancers. All of my clients from the past 5-6 months found me via social networks. Of course, people can get immensely successful without ever touching any social networks, but that is going to be harder and harder to “pull off”. 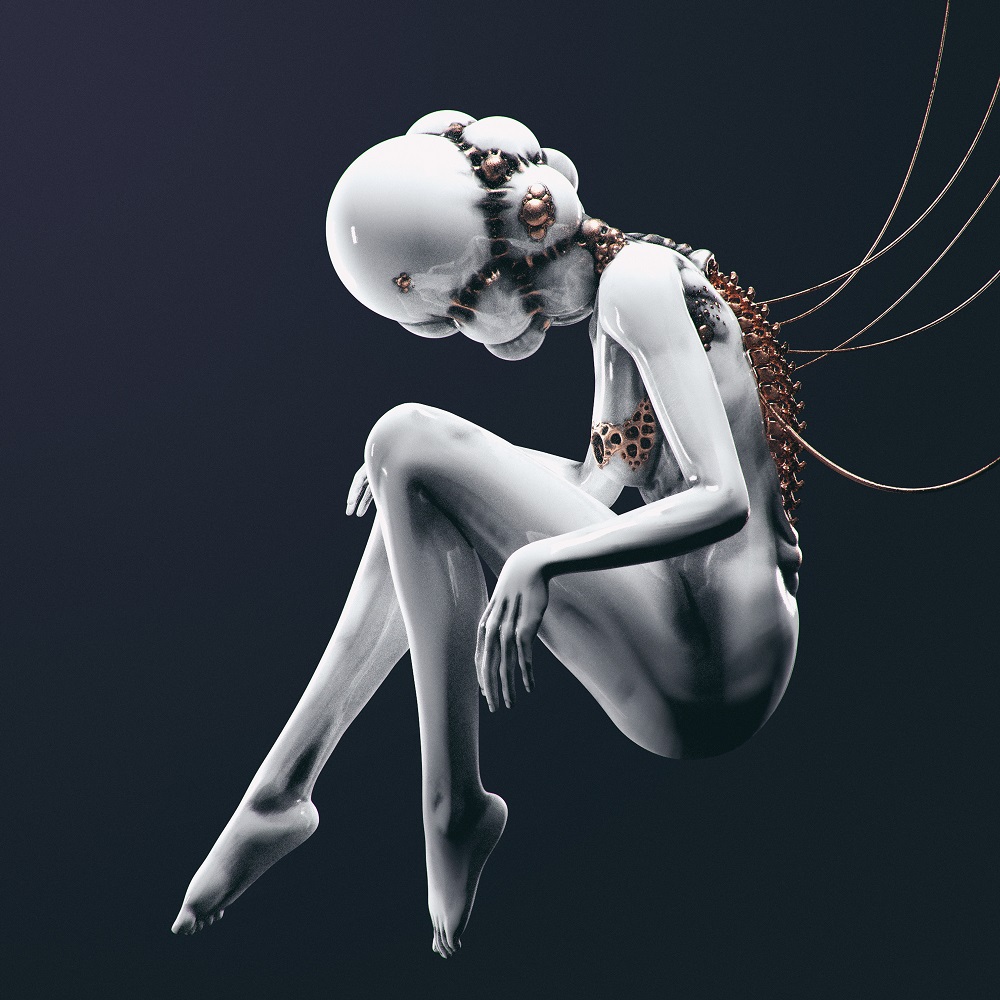 Bm: In your industry, how do you deem success? Is it more about sales, engagement, press coverage, or something else?

FH: I never thought about this. I guess working on big projects for huge and prestigious companies is the goal for people working in advertising like me.

Bm: What does it take for people without any previous experience to stop being “independent” and to start making money?

FH: It takes a lot of work and dedication, there’s no special strategy or shortcut. Most of the people in this industry (including me) start with personal experiments, then move onto low-paying, friend-and-family deals, and gradually work themselves up to bigger and bigger clients.

Bm: How did you transition from presentation to sales? We see that Society6 is one of your tactics – is it working? Are there other tactics that you have been able to harness successfully?

FH: Society6 can be a great source of extra money for artists; unfortunately, there are so many people selling their stuff that you either have to be really active there or have massive fan base to make money from it. I’ve sold there around 40-50 prints, which is not much at all, but it’s always nice to have that little extra money. Several other services similar to Society6 offered to sell my works, but I honestly don’t feel like this is that good way of making money for me, so I never signed any of my work anywhere else. 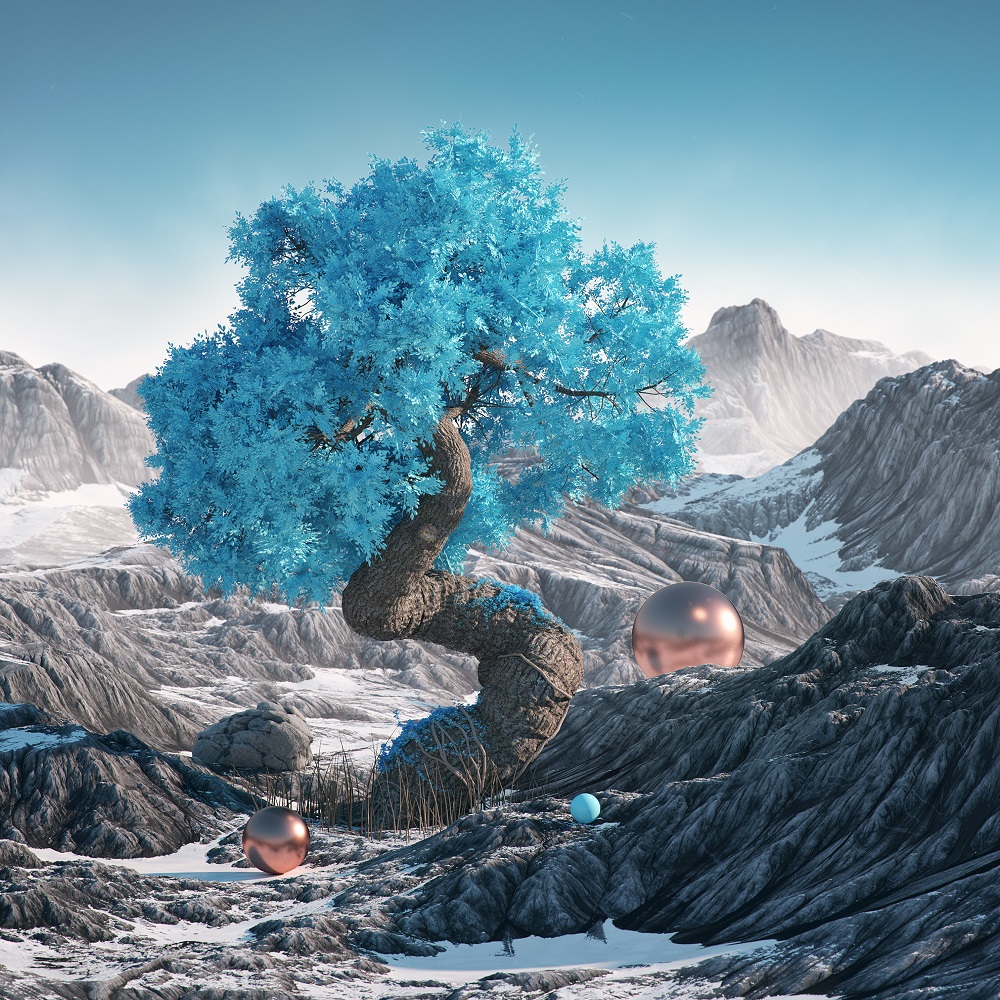 Bm: Can you share with us your strategies for getting jobs that would pay for new software, hardware, etc.?

FH: Unfortunately, I never had any strategies in this area as I used to be a freelance graphic designer doing posters, covers, logos, etc. Later, I even worked full-time in a company in Prague for a year – I mostly worked on various graphics projects and DTP (desktop publishing) using Photoshop, Illustrator, InDesign, etc. So, I was never really short of income to upgrade my computer or buy new tools.

Bm: Do you enjoy working on commercial products? And would this be any different from the graphics that you present on your personal page?

FH: That depends on many factors, so it’s hard to say, really. I’ve had a blast working on projects I didn’t even want to take in the first place (mostly because of the lack of time). Most recently, I had a great time working on a project with Studio Joanie Lemercier for the company Barco. I’ve also worked on projects I eagerly took and was looking forward to working on that turned into nightmares.

Professionally, I always try to take projects that aren’t completely different to what I normally do, but even then I often have to do stuff I would never do in personal work.

Bm: How do you differentiate yourself from others when it comes to presenting your own work (e.g., on social media)?

FH: I believe that my work is quite specific itself and there is not much of a difference when it comes to my presentation and the presentation of other graphic designers. 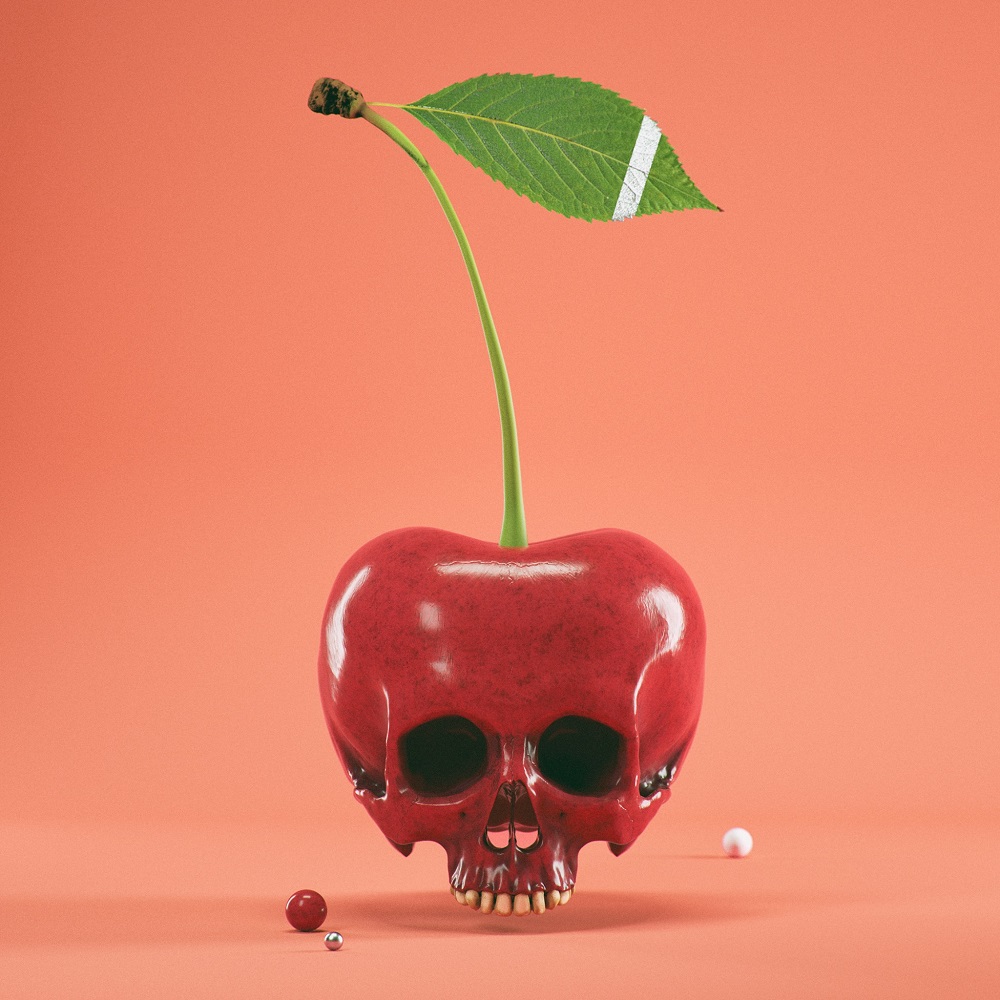 Bm: We see that you spend quite a bit of time answering the questions of others via your social media channels. What is the value in this or the reasoning behind it?

FH: I used to be very active on all of my channels, but with more followers and more work I don’t really have the time anymore. But I believe it’s good to have at least some interaction with your followers and fans. Personally, I quite enjoy answering questions regarding workflow or techniques, when I get some spare time.

Bm: What changes have you noticed recently in the graphic design space?

FH: When it comes to 3D graphics, I haven’t noticed any major changes in the last few months. I mostly check out work from people I follow on social networks and the majority of them have quite specific styles, so there aren’t any drastic changes in what I see around me. Software-wise, I am really looking forward to the release of the new version of Octane Render, which will bring several huge improvements to my workflow and will definitely push GPU (Graphics Processing Unit) rendering to a whole new level.

Bm: Which noticeable artists do you like that you can recommend to our readers? Are there any brands that inspire you to make your content better? 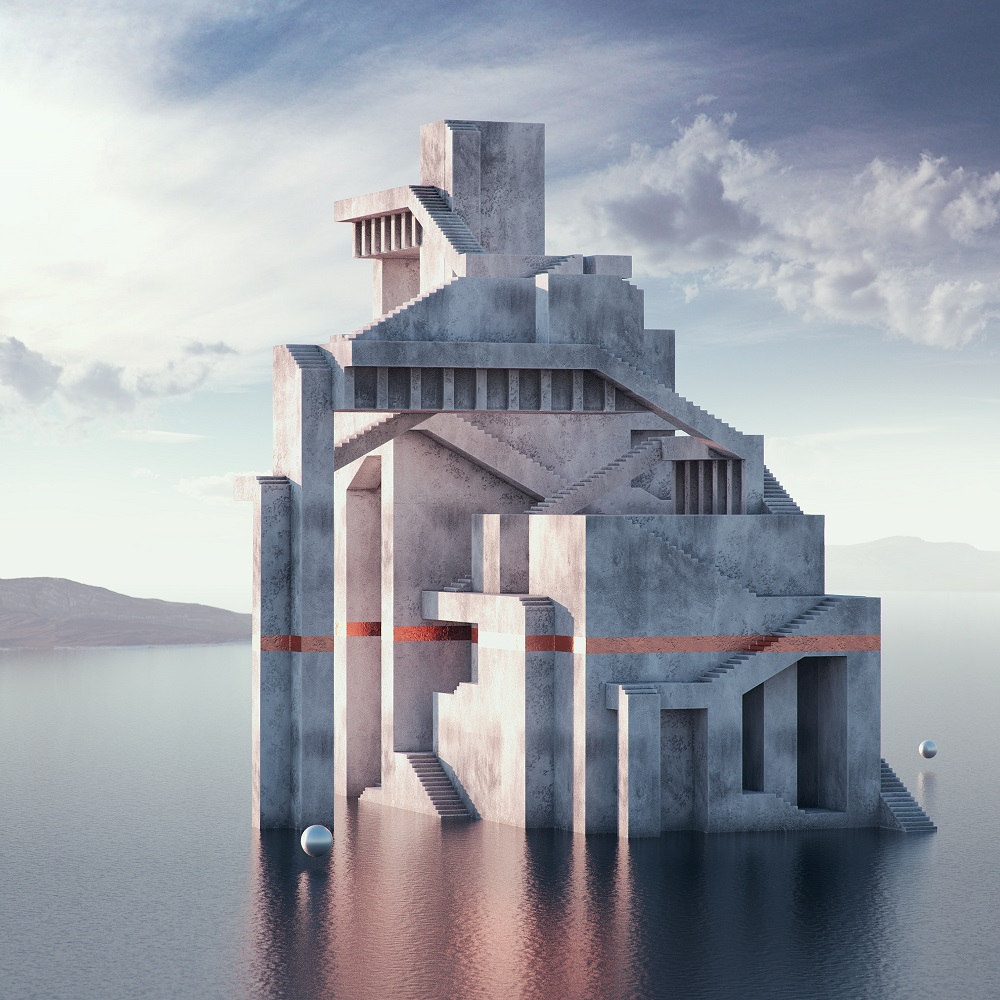 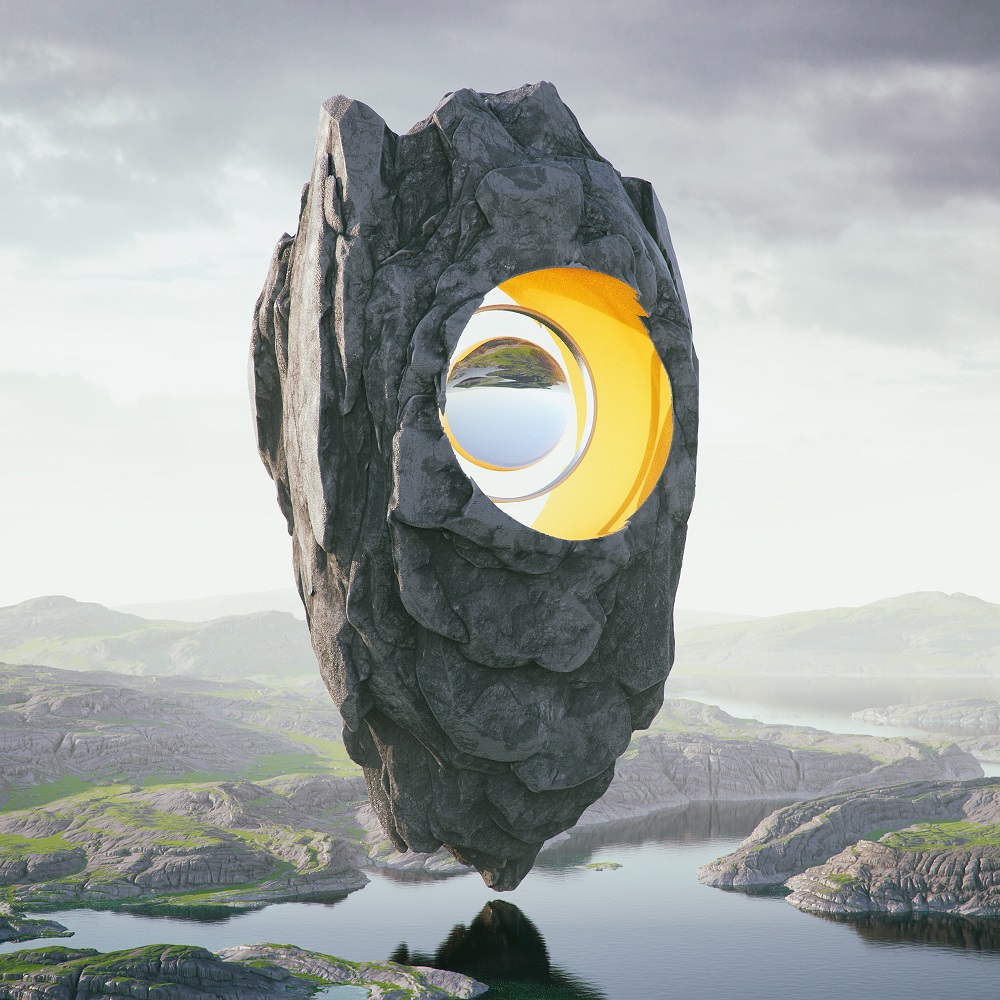 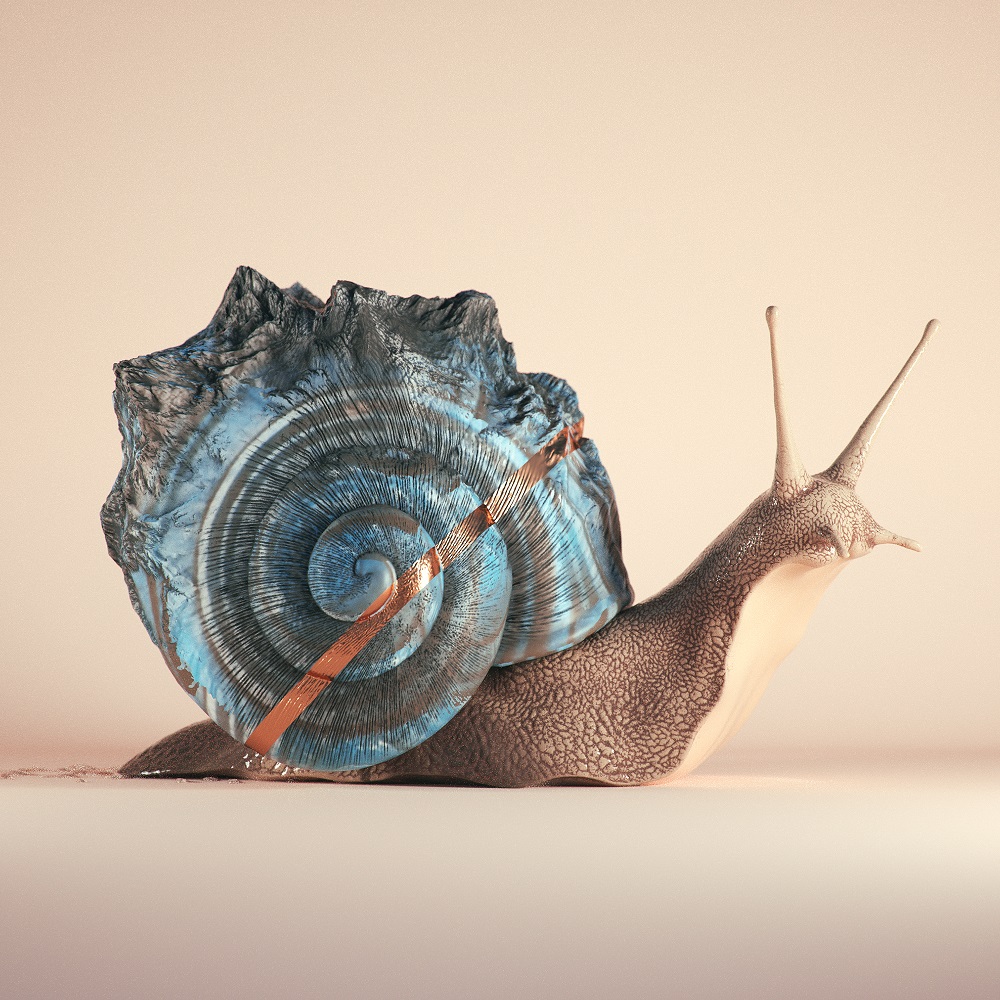 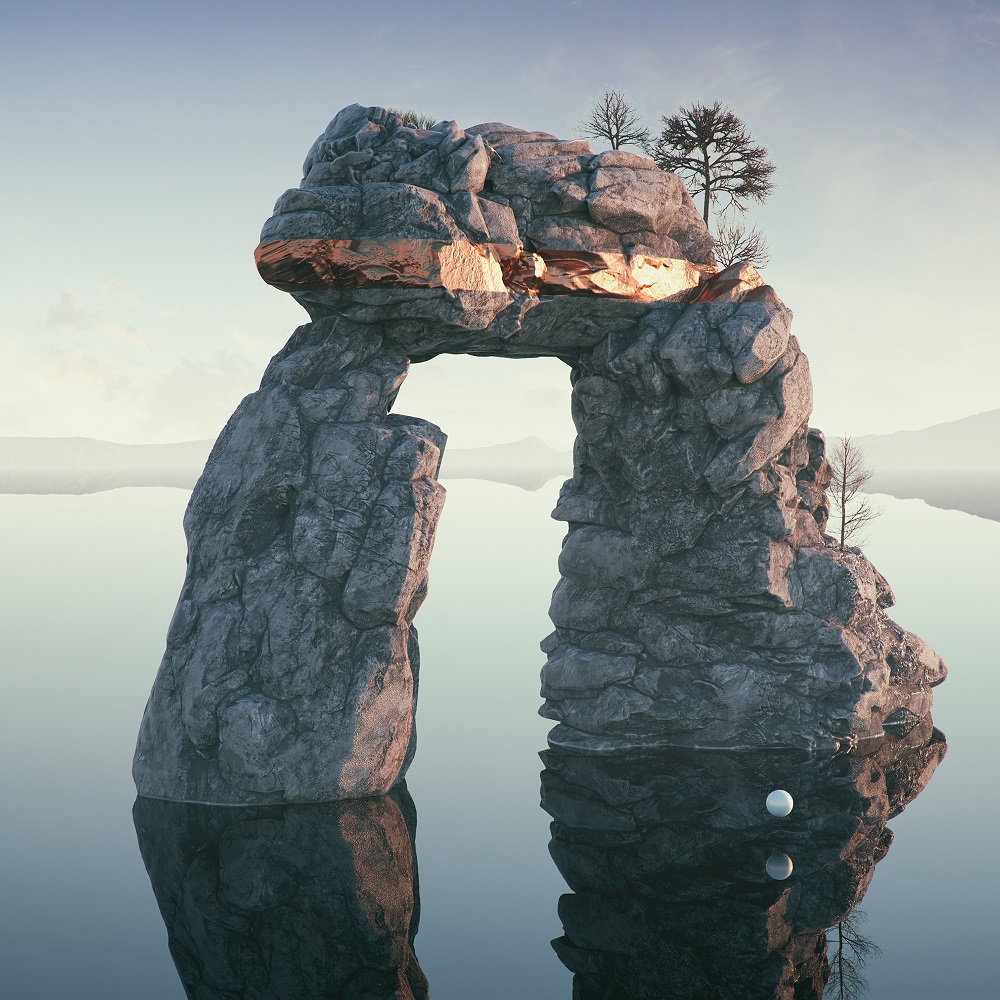 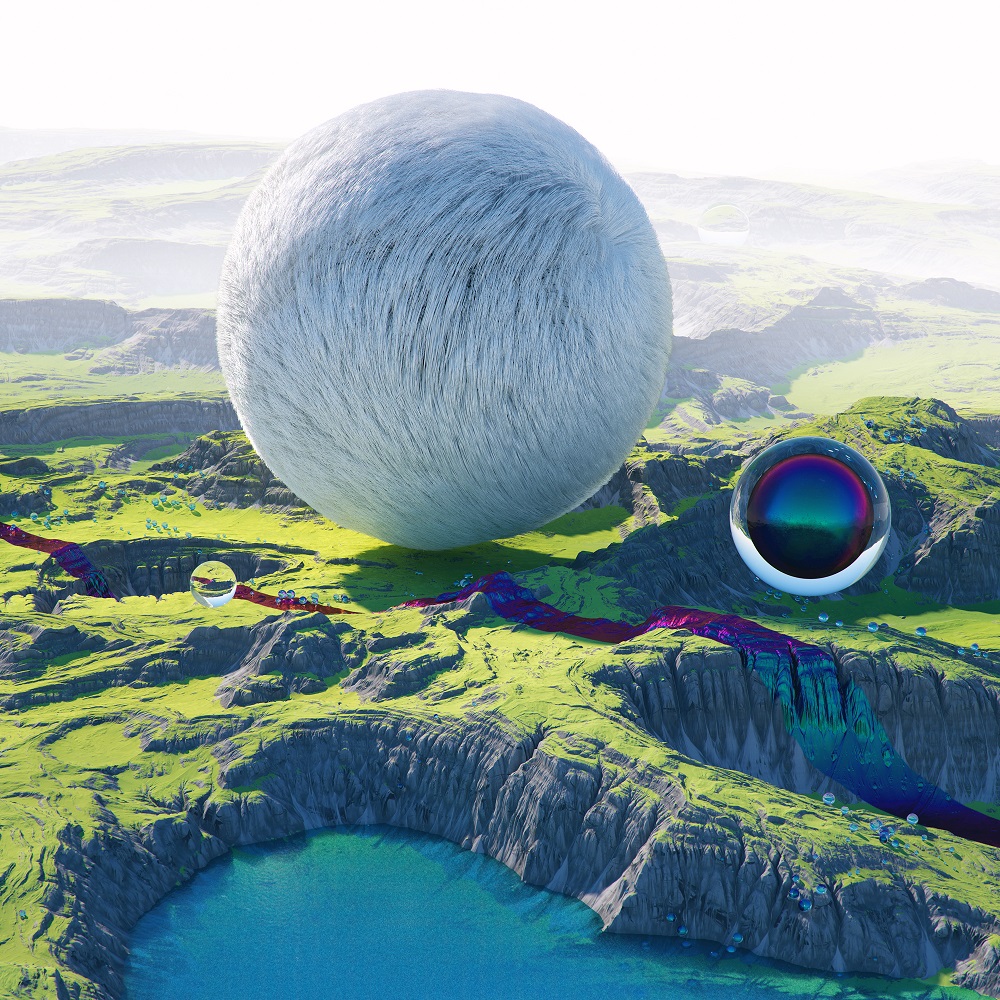 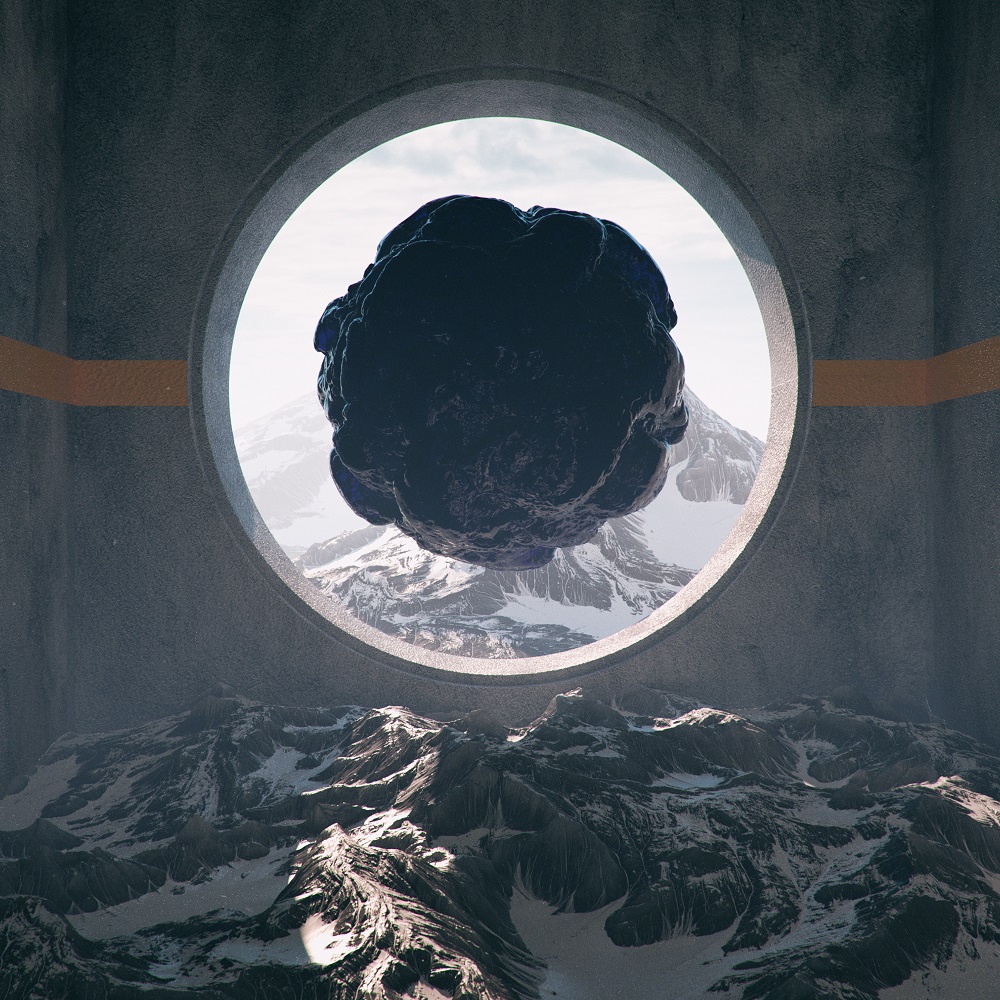 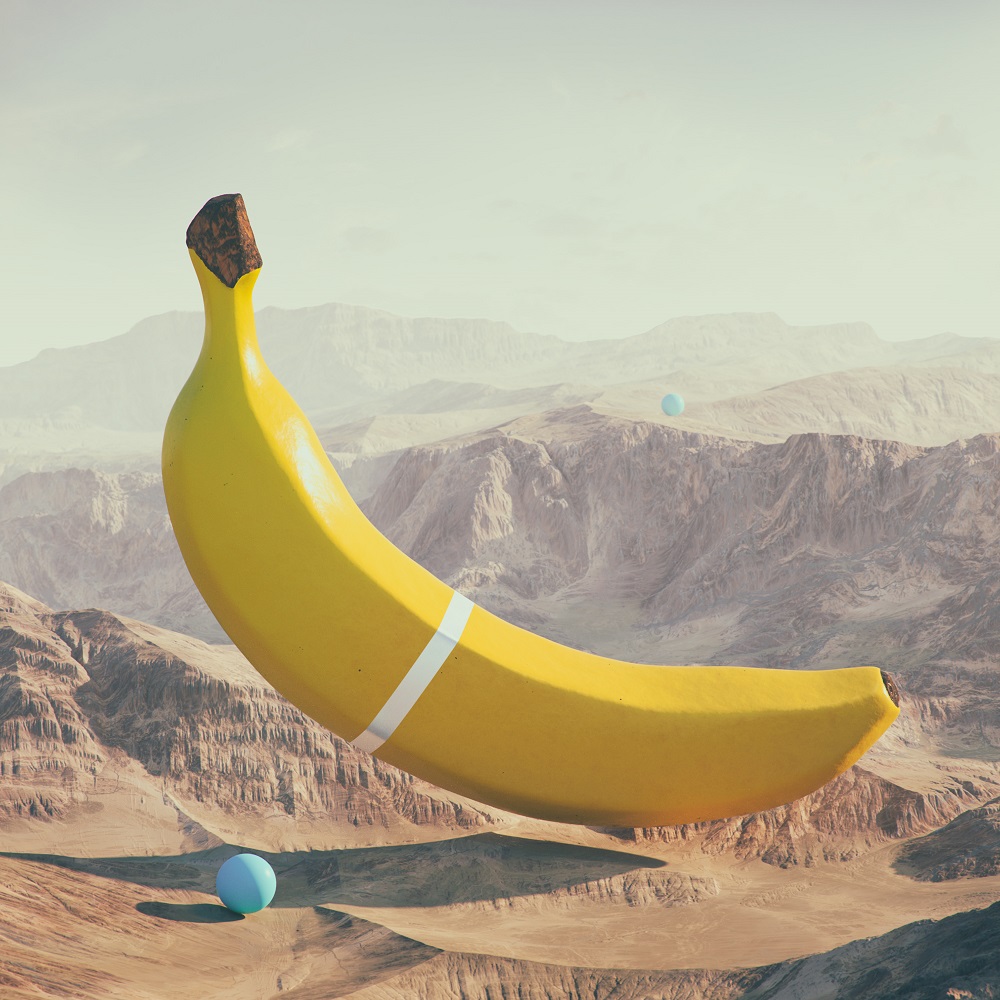 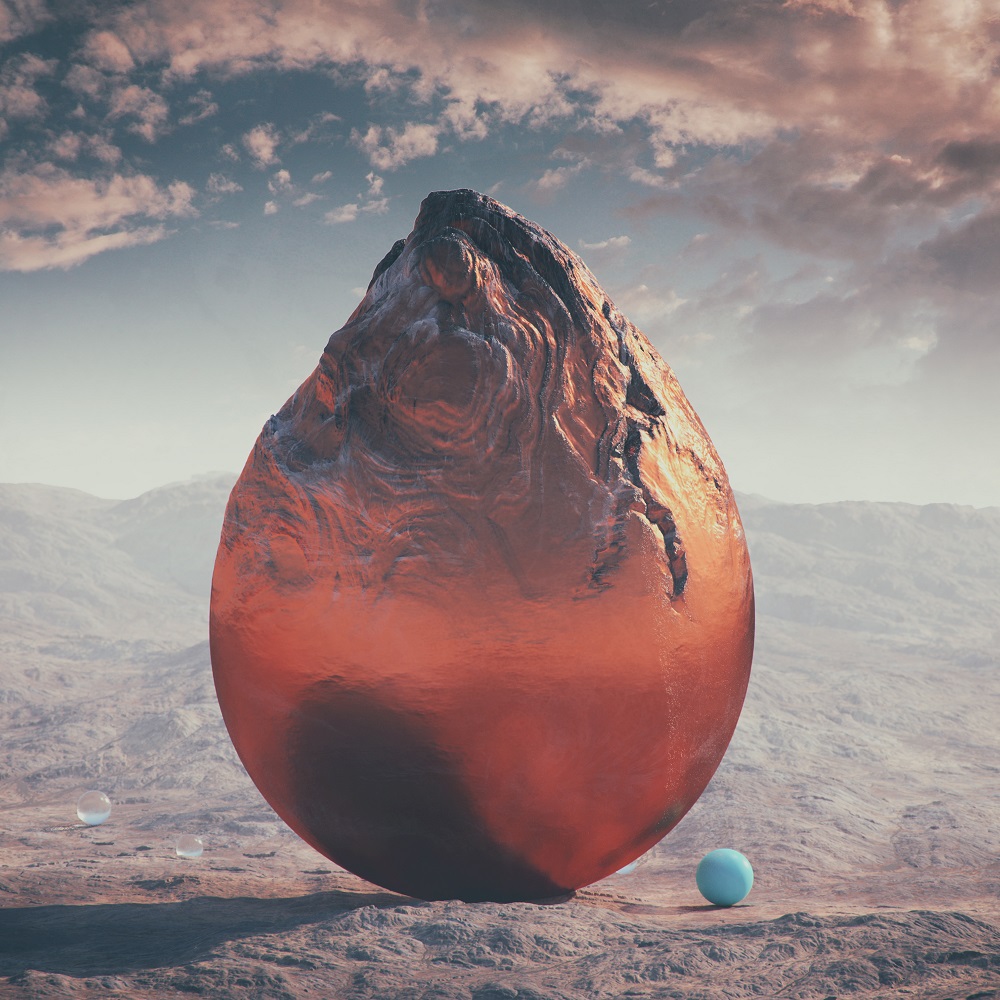 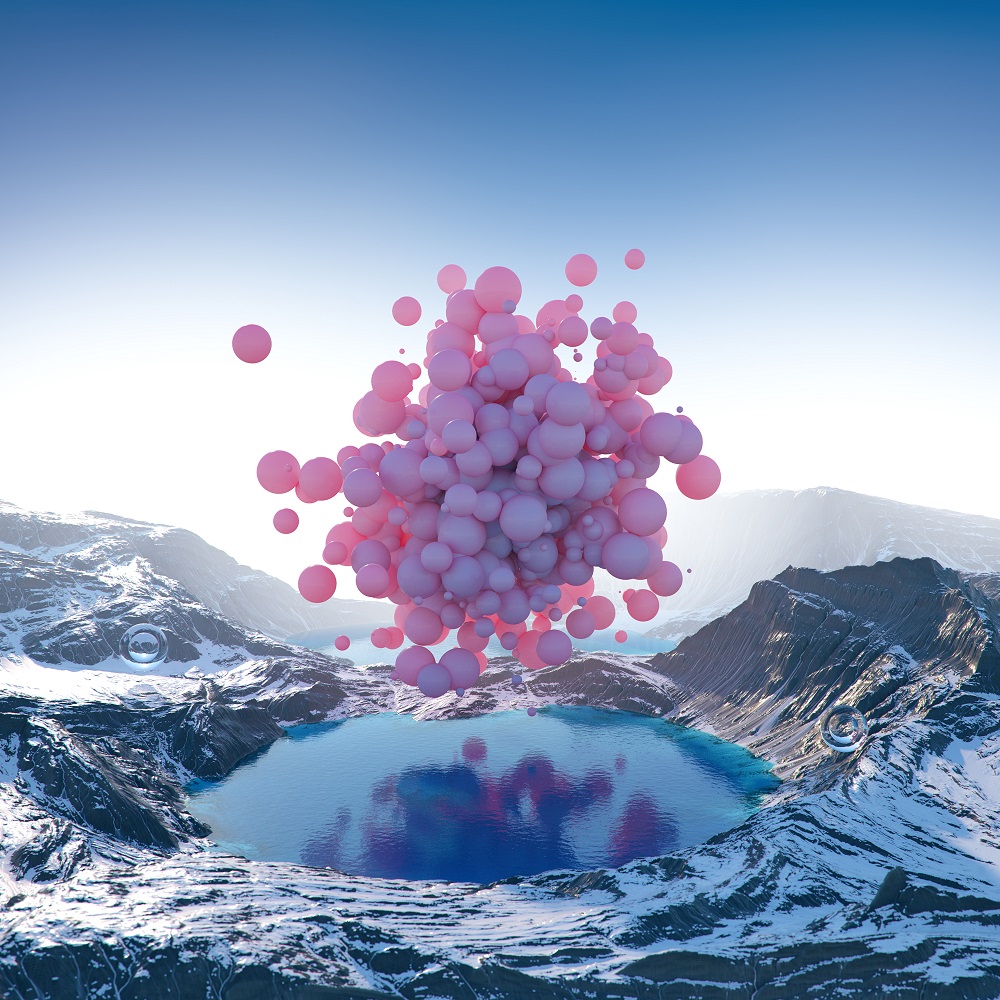