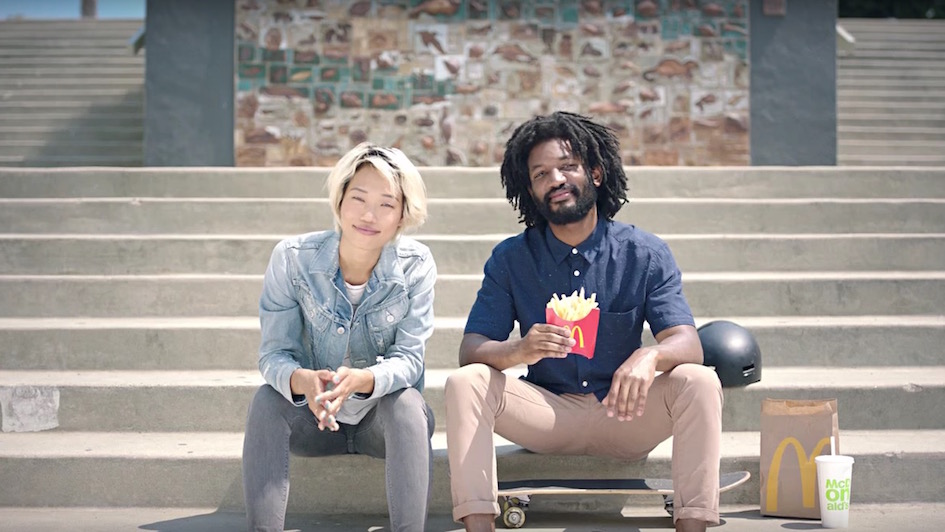 In March of 2016, McDonald’s applied to trademark the tagline, “The Simpler the Better,” without revealing what they would simplify and how they would do it. Over the past few months, it has become clear that Simplicity has been embraced as a corporate ethos and is being applied broadly and creatively. First, they used it as an efficiency booster by reducing the number of items on the drive-thru menu boards, speeding up ordering and service.  Behind the scenes, in a similar “time and motion” approach to Simplicity, they restructured the corporate organization, changing how they categorized international markets, cutting costs, and selling more restaurants to franchisees.

However, when they introduced the “Simple Delights” menu consisting of items with 300 calories or less, they revealed the beginning of a more sophisticated interpretation of Simplicity and previewed just how far they will stretch it as a concept. Here Simplicity is interpreted as freedom from excess and as a confidence booster for diners—using Simplicity as an emotional hook rather than as a primarily logical appeal.

Just this month, McDonald’s released a video titled, “Our Declaration,” about their “Less is More” food philosophy. “We are taking steps to insure the food we love is the food you feel good about eating. McDonald’s—The simpler the better.” Fresh, recognizable ingredients, such as kale and spinach, are featured along with online nutrition calculators and transparency about sources and suppliers. By seizing on familiarity and brevity — two hallmarks of Simplicity — and applying it to their supply chain and their ingredients, they have tapped into “cognitive fluency”—a term used by psychologists as a measure of how easy it is to think about something. When we encounter words and concepts that are easy to understand, we become more accepting, more trusting.

SEE ALSO:Dropping Anchor in the Sea of Identity

Simplicity has many dimensions:

McDonald’s is applying Simplicity in all of these specific ways but more interestingly, they have latched on to the essence of Simplicity—shortening the distance between company and customer.

McDonald’s has discovered that the Golden Rule makes money. By anticipating customer’s expectations and meeting them conveniently and cost-effectively, they are treating customers as they would want to be treated in a personal interaction. In the food industry, that translates to food more recognizable in a kitchen than in a chemistry lab, coming from suppliers who haven’t been exploited.  McDonald’s, knowingly or inadvertently, is following five key Simplicity principles.

CEO, Steve Easterbrook, appears to be a clear supporter of the Simplicity push and a return to the fundamentals of his business. Executive support is critical because Simplicity involves taking a “blank slate” approach, questioning the status quo, slashing red tape, and outlawing mumbo-jumbo. The hard work of Simplicity needs executive support and recognition so that Simplifiers will be creative innovators.

McDonald’s also recognizes that sometimes Simplicity is achieved not by removing complexity but by having the company absorb the complexity, taking a burden from customers. An example of this is the very successful addition of the “All-day Breakfast,” which added complexity to the company’s process but realistically and empathetically met the needs of customers.

By addressing less obvious dimensions of simplicity—familiarity, trust, surprise, customization—McDonald’s has the potential to create a “wow” factor for customers. Holistic Simplicity transcends a project or an ad campaign; to be fully realized, it must be an essential brand pillar.

By advertising a promise of simplicity, companies often force themselves to live up to it. This month, McDonald’s released an ad campaign built around the theme “You loved them then. You have more reasons to love them now” built on nostalgia for the simplicity of childhood and sharing. It would be hard for McDonald’s to turn back from transparency and simplicity now without losing face. It’s also a clever way to encourage recalcitrant employees who may be comfortable with the status quo to embrace new, simpler ways of doing business.

5. Treat Simplicity as a quest

Simplicity will never be fully achieved because living by the Golden Rule means constantly adapting to the needs of others. McDonald’s frequent test marketing in specific locales suggests that they value customer testing and recognize iteration as a necessary tool, not a costly nuisance.

Is simplification complicated? It takes time, perseverance, and attention to a host of details to achieve it—and when, at last, it starts to happen—it looks obvious and easy.

What Happens When an Industry Runs Out of Names?

Purpose Is a Spectrum – Where Does Your Company Fall?