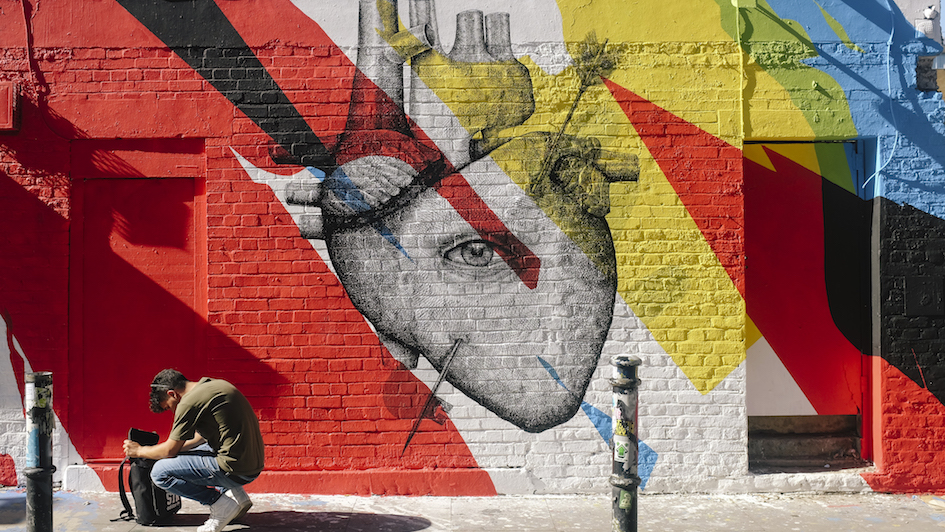 As consumers, we all feel the impact of the emotional bonds we have with certain brands. We tell stories about them. We defend them with our friends. We forgive them when they get things wrong. In fact, we’re often reluctant to think they actually did get things wrong, preferring to blame someone else we’re less bonded to (e.g. our mobile network, rather than our phone brand) or simply forget that anything happened.

The same is true if we are a business customer. Among many different statements about B2B brands tested in research, the one most strongly correlated with recommendation – above statements about price, product quality, innovation, and so on – is “I enjoy doing business with them.” We’ve found this consistently in B2B sectors from hi-technology to commodity chemicals.

We can measure the difference. Motista, a research company, has demonstrated that an emotionally connected customer drives up to double the value that a merely satisfied customer delivers.

Our own work had demonstrated the multiplier effect of emotional bonds: a marginal pound of advertising spend has a greater impact on customer perceptions when those customers are already emotionally engaged. Emotional bonds create a confirmation bias that means customers are more open, believing, and trusting of a message that comes from a brand they believe in versus one that they don’t.

SEE ALSO:The Erotics of Branding in Design and Relationships

“Companies that don’t invest in emotion are missing out on something very powerful, often because they see it as fluffy, and disconnected from the hard, operational levers that they prefer to measure and manage…”

Despite these findings, the emotional connection is not usually what companies measure, and therefore not what they invest in. Companies that don’t invest in emotion are missing out on something very powerful, often because they see it as fluffy, and disconnected from the hard, operational levers that they prefer to measure and manage, typically through the Net Promoter Score (NPS). But measuring NPS and managing the operational levers that drive it, is to ignore the emotional context in which those levers operate.

That emotional context can multiply the impact of those levers, as in the advertising example above. Companies that are missing that multiplier are having to work harder on the operational levers to achieve the same effect with customers.

Looking at the emotional bond in these terms helps explain how it fits in the business system, how to measure and manage it, and how to use emotional tools alongside operational tools to drive improvements in NPS. Often most importantly, it helps to recruit operational and financial colleagues to the effort, because nobody wants to work at a disadvantage, striving for business performance in the absence of that multiplier.

It allows you to make the case for the sorts of enlightened investment that challenger businesses typically do based on their convictions, but incumbents struggle to justify because they need hard data. By recognising, and quantifying, the multiplier that such investments create, all companies can begin to benefit from the long-term value of creating emotional bonds.

To see the difference, look at Southwest Airlines. Relative to other major airlines in the U.S., Southwest has roughly the same number of flights cancelled per mile flown, but it gets about one tenth of the number of customer complaints. Southwest’s customers support them: they want them to succeed, and are unusually ready to forgive and forget. Where does this come from?

For Southwest, a “Fun-LUVing Attitude” is a defining characteristic of the brand. It provides the basis for why their cabin crew stands out versus others. Yes, they have worked hard to get the essentials of service right, but it is the sense of fun that pervades the culture and creates the memorable experience. The brand’s three commitments — Fun-LUVing Attitude, Warrior Spirit, and Servant’s Heart — keep things simple. By focusing on what makes them unique, Southwest can mobilise its entire organisation to demonstrate these commitments across the customer experience and create the extraordinary goodwill it has among its customers.

“…operational levers influence the outcome of customer recommendation not just directly, but mediated by the emotional context in which they operate in.”

It’s clear from this example that Southwest’s Net Promoter Score (or any equivalent metric) depends on two things: the operating experience, such as the rate of flight cancellations and on-time departures; and the bank of goodwill in the emotional connection and relationship that their customers have with them. Both matter, and both are measurable, allowing a company to trade off investments in the operating experience (such as manning levels, automated systems, or redundant equipment) with investments in the emotional bond with customers (such as recruiting, empowering, and resourcing cabin crew to show interest in customers as people).

The key is simple, but fundamental. It is to recognise that the operational levers influence the outcome of customer recommendation not just directly, but mediated by the emotional context in which they operate in. By measuring both the operational experience and the strength of the emotional bonds, and modeling customer recommendation as a function of both of these inputs, you can compare them on equal terms and allocate resources optimally across both.

By expressing the emotional bonds they seek to build as the missing multiplier in business performance, marketers can make the business case not only for their own activities but for the customer experience investments they need to influence in their colleagues’ operational domains. This is a model that not only earns marketers their seat at the executive table, but also gives them the tools to achieve the business impact that their brands can create.