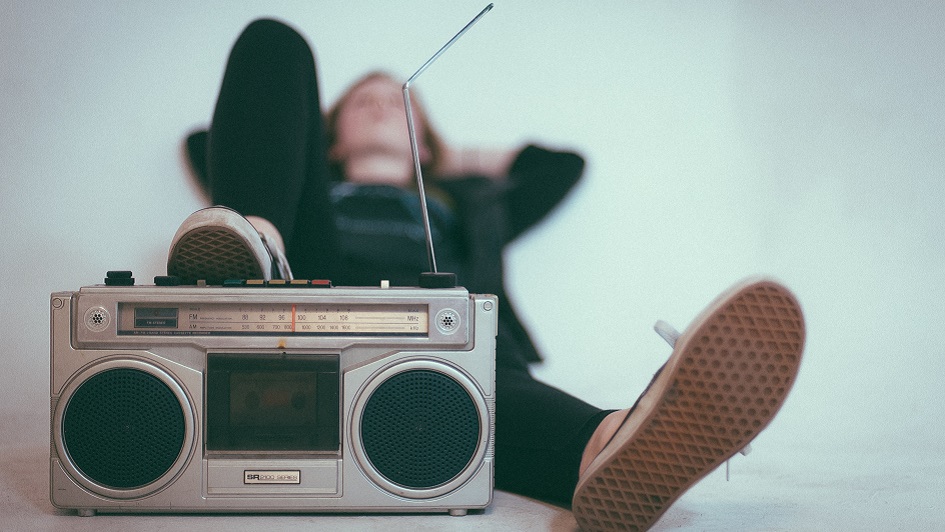 Along your journey in branding and advertising, you’ve likely heard one of the following mentioned before: sonic branding, audio branding, audio mnemonic, acoustic branding, sound identity system, among others. All are varied names for roughly the same idea: the strategic alignment of audio assets used to reinforce a brand’s identity. Although sonic branding has good intentions, it’s more often a misunderstood and poorly utilized tool, leaving brands helpless with a surplus of sonic assets and bitter agencies. While sonic branding reached it’s peak decades ago, it’s now more a fading fad than a staple of integrated branding strategy.

The old days of sonic branding forced users to worship the sonic logo, bestowing upon them predetermined TV and radio content to keep users passive and none the wiser. With smart technology of the early 2000’s came more choices and with more choices came active users with discerning tastes. No longer bound to a single channel, screen, or medium, active users choose how they interact with the brands they love. The user landscape is loudly evolving and sonic branding has it’s ears clogged. And when 72% of millennials prefer to buy experiences over material possessions, wielding purchasing power in the hundreds of billions, it’s time we set forth revolutionized audio towards experiential marketing.

SEE ALSO:How Do You Attach Sonic Design to Brand DNA?

New horizons await brands looking to communicate with an eager audience via audio, but it begins with shifting the paradigm. Stop thinking about archaic sonic branding methods and start thinking about audio user experience.

If you haven’t heard the Mercedes-Benz sonic logo, it’s because the car manufacturer retired the logo a brief two years after launching it in 2007. Legend has it, that the “choir boy” sound that makes up the key component of the audio tag was actually a stock music sample from a library available online. Even if it was originally composed, the piece is simply not distinct enough to bring any real, lasting value to the brand. Nowhere to be seen today, the sonic logo initiative clearly lacked strategy and now represents a wasted investment and another victim left in the clutches of old-school sonic branding.

If you switch perspective from sonic branding to audio UX, you’ll find that strategy is not centered around a brand’s perception of themselves, but rather users’ perception of the brand. In this mindset, Mercedes would’ve spent much less time looking in the mirror for inspiration and more time looking to those who actually use their product. The goal is to pinpoint key opportunities where Mercedes can speak to users that aren’t simply ad campaign-centric. With this in mind, we’re not scoring the logo anymore, we’re scoring the car.

Think about the iconic startup sound of a Mac and how to evoke the same emotion with the ignition of an E-Class. Every user interaction from the turn signal to the sunroof should sound like Mercedes and set the tone for what it feels like owning one. If your car is silent, then your brand is silent. Use audio to create interactive experiences with your users. Use audio to talk to your users. Communicating isn’t about opening up a monologue about your brand, it’s about opening a dialogue.

So, what do Mercedes users have in common with this choir boy? Other than the 3-note melody nodding towards the 3-point Mercedes star, there’s no explicit narrative in the sound for users to identify with. Let’s be clear: a sonic logo is not always a bad idea, but when created and deployed without context, it’s simply a wasted effort. Don’t sign up for sonic branding for the sake of having a sonic logo and fitting in with everyone else, but rather pioneer an audio experience for your users that matters.

Thinking Outside the Boombox: M&M’s, Shell, and Nintendo

All brands aren’t doomed for the sonic branding assembly line. Some brands are opening their eyes to active users and getting wise to the audio experience of their brand.

Take a look at M&M’s new “Bite Sized Beats” campaign, a brand initiative where users are encouraged to create a piece of music using the 3rd-party platform Incredibox for a chance to be featured in an M&M’s commercial. Users choose which musical loops they want to use and build their own song. This is an innovative way to tap into people’s love for music creation and stimulate audience engagement, while developing anticipation for the advertisement. Bite Size Beats is a clear consideration for the changing user landscape by putting the brand in the user’s hands.

In a similar fashion, Shell launched their “Make The Future” campaign last year alongside an interactive music video featuring pop stars such as Steve Aoki and Jennifer Hudson. Users choose which famous artist takes the spotlight, each representing a different energy innovation, and then watch the results play out. The strategy identifies the user’s emotional interest using music as a conduit and acts upon it interactively.

“Artist endorsements help include brands in a social conversation, but they’re not the key to identifiable audio. Relying on existing music is great for an ad campaign, but creates no long-term emotional connection, flexibility, or identifiability for a brand.”

Although both campaigns succeed in delivering a tangible audio experience to the active user, they miss a key component: proprietary audio. M&M’s and Shell score well in cultural relevancy, but low in ownability. Artist endorsements help include brands in a social conversation, but they’re not the key to identifiable audio. Relying on existing music is great for an ad campaign, but creates no long-term emotional connection, flexibility, or identifiability for a brand. Neither company has instantiated a consistent audio strategy which means they’ve forfeited the freedom to build upon emotional connections made with users and evolve over time.

Nintendo, on the other hand, has placed their audio experience as a cornerstone of their brand identity. Beyond the now-ubiquitous Super Mario Brother’s “coin” sound, Nintendo’s DNA is deeply intertwined within their console navigation sound experiences and has been deployed very consistently. When the Wii was introduced in 2006, Nintendo presented its first console designed as a home entertainment system and with it came a fresh update of bubbly, sine wave-based menu music and sounds that felt new and yet authentically Nintendo. This aesthetic has deep roots in early Nintendo games, having been primarily composed by Kazumi Totaka who has worked on main-entry console titles for Nintendo since 1992.

What’s so effective about the Nintendo sound is the consistency across home entertainment systems, handheld consoles, and now even their first foray into mobile with Mario Run (2016). While it has evolved, the same textures established in the original Wii menu can be heard in the menus for the 3DS, the Wii U, the Nintendo Switch, and even the recent modernization of the Super Nintendo the SNES Classic. Interacting with a Nintendo product will feel familiar to anyone who has experienced any of their other products over the decades. This may explain why Nintendo has some of the most loyal fans in all of gaming.

This is the power of dismantling the singular sonic logo as king and exploiting a decentralized model of a flexible audio family. Don’t let your brand be tied down to just one sound.

Ears to the Ground: Åhléns

Brands that want to engage with the active users of tomorrow look toward the UX of audio. The Swedish department store Åhléns is doing just that with its children section, Åhléns City. With audio as the core medium, the vision yields a multi-sensory brand experience embodying Scandinavian folklore and nature. Lined with over 90 speakers and 30 different channels for audio, the store deploys a dedicated audio environment for each clothing display containing unique music and sound effects. The fitting rooms are designed like tree houses using the ceiling as acoustic membranes to bring to life the sound of squirrels frockling on the roof. Buttons hidden around the space, placed at an accessible height for the younger crowd, trigger a shuffling library of 30 different audio clips that create an interactive atmosphere manifesting the forest and fauna of Sweden.

Archaic sonic branding might have delivered, at most, a branded playlist for a passive user experience at Åhléns City. This audio UX strategy, however, succeeds in creating an audio experience that matters most to the active user at the seminal juncture between a brand’s story and product.

If sonic branding means creating a sonic logo or a brand theme and sporadically placing it in ads, then sonic branding is indeed dead. Brand audio can no longer be a series of stagnant, myopic assets because now, more than ever, users are coming to expect a multi-sensory experience that they control. And with all of the user data available, brands can make smarter decisions on designing a better audio experience.

Whether it’s a Game of Thrones escape room, or a VR tour of Patrón (see above), brands are starting to put users at the center of the story. And ultimately, brands can only get what they give. Knowing your user and allowing participation in a brand activation is the key to an ownable experience, or a memory. Look at Google’s “Tributes by You” below. Fan-generated videos singing covers of Sinead O’Connor’s “Nothing Compares 2 U,” written by Prince, are seamlessly stitched together to make an inspiring ad, without diluting the message: The product is nothing without the user.

It’s not about making your brand louder. It’s about scoring your brand like a Star Wars movie. And users aren’t just listening, they’re playing in the orchestra. So start the conversation. In the end, we can make things better for brands, for advertising and, most importantly, for users.