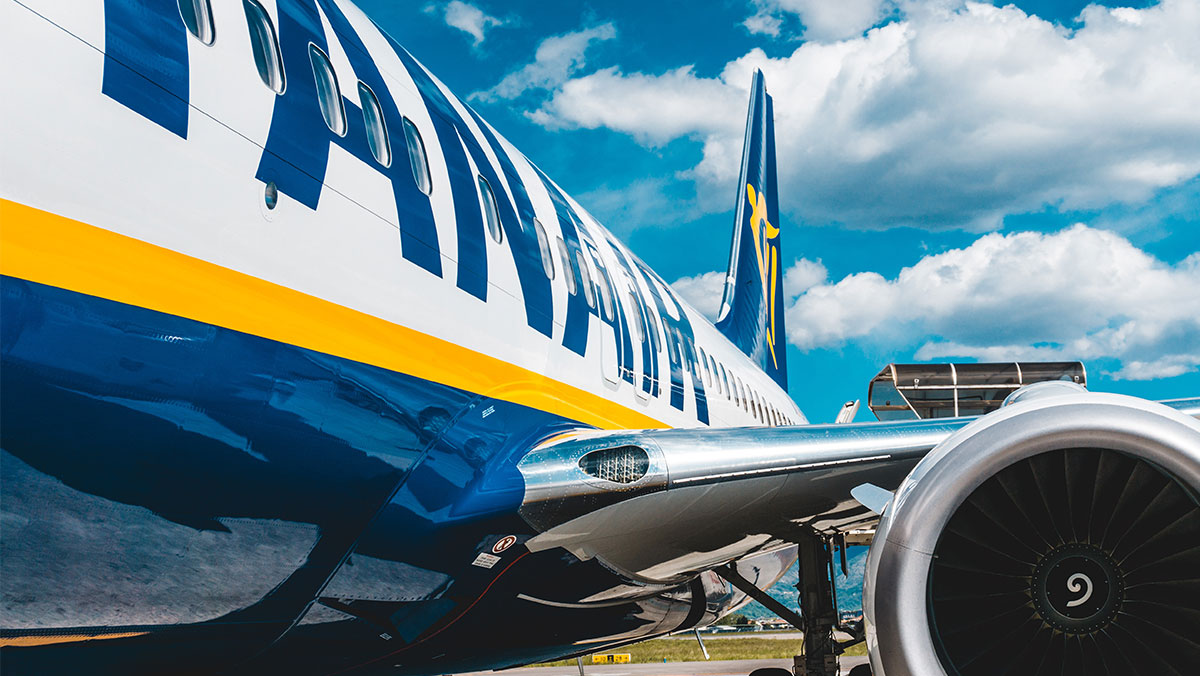 Most customer satisfaction poles rank Ryanair as one of Europe’s worst airlines. It’s had years of bad press about its attitude towards staff and customers. And, of the almost 5,000 Trust Pilot customer reviews, Ryanair scores just 1 out of 5 stars. Given that, it’s no wonder that it was recently voted Britain’s 4th most hated brand.

…Ryanair is, by a distance, Europe’s most profitable airline in terms of operating margin, and this year it will also become the most popular — carrying more passengers than any other European airline. That’s right, an airline nobody likes flying and that’s universally disliked, flies more people, more profitably than any other airline in Europe.

How does an airline nobody wants to fly, become the biggest and most profitable in the industry?

Ryanair’s success is remarkably simple. It understands people, and what drives their decision making, better than almost any other company on the planet. It accepts, and embraces the fact, that all things being equal people will not choose Ryanair. However, it doesn’t try to play on an equal playing field. In fact, it’s built to ensure the playing field is fundamentally unequal. Operationally, it does this in several ways:

This ruthless focus on having the lowest operating costs means it can offer an average fair 28% lower than the next cheapest airline and 400% cheaper than many other airlines. Even at those prices it still makes more money than anyone else.

Ryanair understands that for the short-haul European flights it operates, people are prepared to suffer slightly more frustration and discomfort for a lower ticket price. In effect, its pricing model is a misery offset equation. Getting this equation right means many people who have used Ryanair and hated it, continue to use it repeatedly. This is because the misery level represents good value compared to the other options. The result is that statistically, Ryanair has some of the most ‘loyal’ customers of any brand. In terms of its numbers, it has at least as much right to claim consumers ‘love’ the brand, as almost any other company does.

Understanding loyalty in this context is valuable because it helps us see brand loyalty for what it is in 99% of cases — an equation. People don’t ‘love’ brands. Generally, they are largely indifferent to them and buy what they have always bought because it requires minimal mental effort. They may have a very mild preference for one brand, but it doesn’t take a lot for people to be ‘disloyal’. For example, Ben and Jerry’s is often referred to as a brand people love. However, when you’re in the supermarket and you find there’s no Ben and Jerry’s in the freezer, 99% of people simply pick up something else. They don’t drive to another shop to try to find it, they don’t complain to the store, they don’t cry, and that’s because they don’t love Ben and Jerry’s, they have a mild preference for it. That doesn’t mean building mild preference isn’t highly valuable. People may not be prepared to search for Ben and Jerry’s, but they will pay a significant premium for it. Ryanair approaches this equation differently than most companies. Rather than trying to build preference to create a price premium, Ryanair focusses on charging a price that negates preference. By not getting sucked into adding to its service or worrying about if customers love it, they maintain a remarkable margin and continue to take share from other airlines.

However, understanding loyalty as an equation is only part of Ryanair’s success. After all, there are plenty of budget airlines out there.

Authenticity and single-mindedness are at the core of Ryanair communications

A lot of brands and marketers talk about being ‘authentic’, it’s right up there with ‘purpose’ as the trendy thing to talk about and aspire to. However, Ryanair — who never say anything in their marketing about being ‘authentic’ — are a brilliant example of what consistent authenticity can do for ticket sales. Their communication style is probably best described as unapologetic, they’re happy talking about pilot strikes — in part because it supports the idea the flights are cheap. They’re uninterested in customer feedback (at least in terms of making changes based on it) because those changes would increase the ticket cost. They embrace being labeled as ‘budget’ or ‘low cost’ by others and their own advertising is consistently based on having low fares. There’s no pretending that they offer a luxury service, or that customers love them, and there are no messages about serving a higher purpose. They simply communicate the same message in every setting, and at every opportunity — “we’ll always be the cheapest option, in fact, we’re happy to upset customers and employees to ensure that’s always the case.”

What makes this so powerful is the clarity people have about the brand. You are always going to check the cost of flying Ryanair as a benchmark. And, when you do, you almost always find they live up to their promise of being cheaper. They stand out from every other airline because they are so single-minded. That means people know what to expect from them, look for them specifically, and the result is that they own a share of mind that far exceeds their paid share of voice.

Many people in marketing appear to confuse ‘loyalty’ and ‘love’ with ‘mild preference’. One of the things Ryanair highlights is that the monetary value of ‘preference’ is relatively low in many cases — it shows we’ll tolerate a little more inconvenience when there’s enough of a price gap. Brands can succeed both by building a level of preference that allows them to charge more or by setting a price that negates preference, loyalty, and ‘love’. Neither is right or wrong, and both are opportunities to win. However, the number of brands chasing people’s preference means that the approach is a lot more competitive. In many cases, even low-cost brands are trying to move to become premium brands over time. Ryanair shows us that being focussed on price long-term can be as profitable as creating a highly prestigious brand.

SEE ALSO:Why Focus Is Essential for Effective Branding and Marketing

All this reinforces the fact that fundamental principles like the 4Ps (Price, Placement, Product, Promotion) are still critical for those in marketing to understand and, importantly, have the power to adjust. Promotion and product have been getting a huge amount of attention recently and that fuels a belief that success can only be achieved through ‘brand love’. And, for some brands that can be true — profits can come from creating a stunning experience people will pay a lot more for. However, Ryanair is a great example, among several, including Aldi, Lidl, and Skoda, that brands that focus on price and placement can also create huge growth and huge profits. Ultimately, businesses exist to make money, and while it may be unfashionable to talk about, that is the only measure of success that really matters in the long-term.