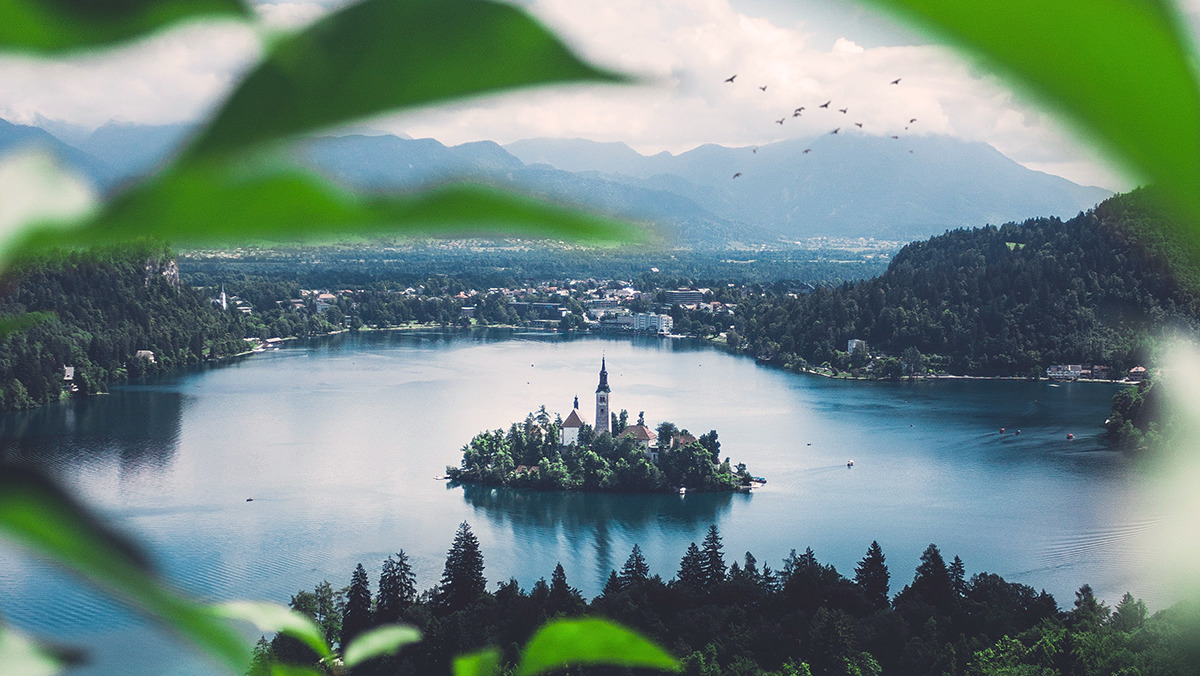 “I know Slovenia – it’s a nice Russian country with beautiful girls.” This and similar answers were not rare at all just two-three decades ago. How to successfully rebrand a whole country? Can we rebrand the nation?

So why Slovenia? A country located in the heart of Europe, tucked between the tourist’s Mediterranean favorites such as Italy and Croatia. Mostly known for its turquoise rivers, snow-capped Alps, untouched nature, pristine glacier-fed lakes, charming city streets, successful startups, and mouth-watering culinary creations.

Since Slovenia became independent in 1991, it had to find its own identity in order to present itself to the world. Over the last 30 years, there were several national campaigns launched in order to raise national consciousness as well as promote Slovenia across the borders and position itself as a desired tourist destination. From the turbulent times of “Slovenia, my homeland” to not so successful campaigns and all the way to becoming a more attractive and popular country brand during the “I feel Slovenia” national brands and campaigns, Slovenia was able to truly position itself not just as a country but as very well-positioned and recognized brand.

Almost fifteen years ago, the Slovenian government together with the Slovenian Tourist Board (STB) realized the country had very poor recognisability beyond the neighboring regions, where tourists were literally flocking to, missing the perfect opportunity to stop in Slovenia and explore some of the national symbols and attractions. There was low acceptability of Slovenia due to ignorance and stereotypes stemming from its location in Eastern Europe and the Balkans, and what bothered the population the most was the fact that there was a huge tendency to confuse Slovenia with Slovakia. It was becoming more and more evident that the previous presentations of Slovenia were missing effective and emotional components, which would add a certain appeal and value to Slovenia as a brand.

SEE ALSO:What Future Can We Project for Nation Branding and Soft Power?

With this in mind, a national brand and campaign were launched to improve the country’s recognition in the world, which would stand out in the crowd of the ever-growing competition. Since traveling is an all-sensory experience, the government picked a proposal for a brand campaign and slogan, that would do more than just present Slovenia with a pretty picture of a famous landmark such as Lake Bled, but that will also show the world how they too can feel and sense Slovenia – with words, sounds, smell, touch, taste, sights, and through a wide variety of unique experiences.

The winning slogan was “I feel Slovenia”, with a visual emphasis on the word “love”. Slovenia appears to be the only country in the world with “love” in its name. The logo of the national brand communicates two messages: “I feel Slovenia” and “I feel love”. The chosen color to represent the national brand identity is green, more specifically the used Pantone is U377. The color used to describe Slovenia shows the country as a green gem located in Central Europe.

Furthermore, the selected color represents Slovenian pristine and untouched forests, which cover a staggering 60% of the country. The memory of Slovenian green gives you elan and simultaneously relaxes you. In addition to the green color, the two typical colors of the country are also blue and white, which are deeply related to Slovenian nature. They calm down and work as pure, and white also represents elementality, which is at the core of the Slovenia brand.

A positioning based on such strong and positive emotion, with a resolute experiential element – one has to experiment and not just “learn about” what the country has to offer – resonated well with what Slovenia is about and what its population proudly stands for.

Follow your heart and feel Slovenia in your very own way

The brand was developed with a goal to increase Slovenia’s competitiveness in different fields, not just tourism and destination branding, but also other industries, business, exports, culture, sports, gastronomy, unique experiences, and so on. The brand was created by contributions of experts from different walks of life. The “I feel Slovenia” slogan has become one of the most effective slogans and brands created in Slovenia. Over the years, the slogan has been honored with many rewards complimenting Slovenian excellence in promoting itself, not only as a travel destination but also as a standalone brand, which combines every globally recognized aspect of the country.

The original slogan used by the STB has seen several add-ons since being launched. One of the first versions of the slogan used was “I Feel Slovenia. Green. Active. Healthy”, which was the underlying idea of promoting Slovenia as a green, boutique destination of five-star experiences. At the same time, the emphasis was also to represent the country as a harmonic experience for all your senses in the optics of the Slovenian green tourism scheme with the focus being on sustainability. The goal of green and sustainable tourism was to support local restaurants and hotels, purchase of local handcrafts, use of local services to help the local economy, and reduce the negative impact on the environment and the community.

In the autumn of 2018, the slogan was upgraded to “I Feel Slovenia. My way.”, which was changed in order to fit the most recent communication, marketing trends, and the latest perception of luxury as well as to appeal more to the powerful segment of millennials, which are social media savvy. Therefore, the aim of this freshened-up slogan was to invite both domestic and foreign visitors to describe their own way of exploring and feeling Slovenia on their social media profiles. The slogan was truly felt by the Instagram audience as the official hashtag #ifeelsLOVEnia has been used over 700,000 times.

Today, “I feel Slovenia” is a recognizable brand and a story of success, persistence, and cooperation of different stakeholders. Slovenia is more than just a tourist destination point, it’s a way of feeling. And yes, still a country of beautiful girls.