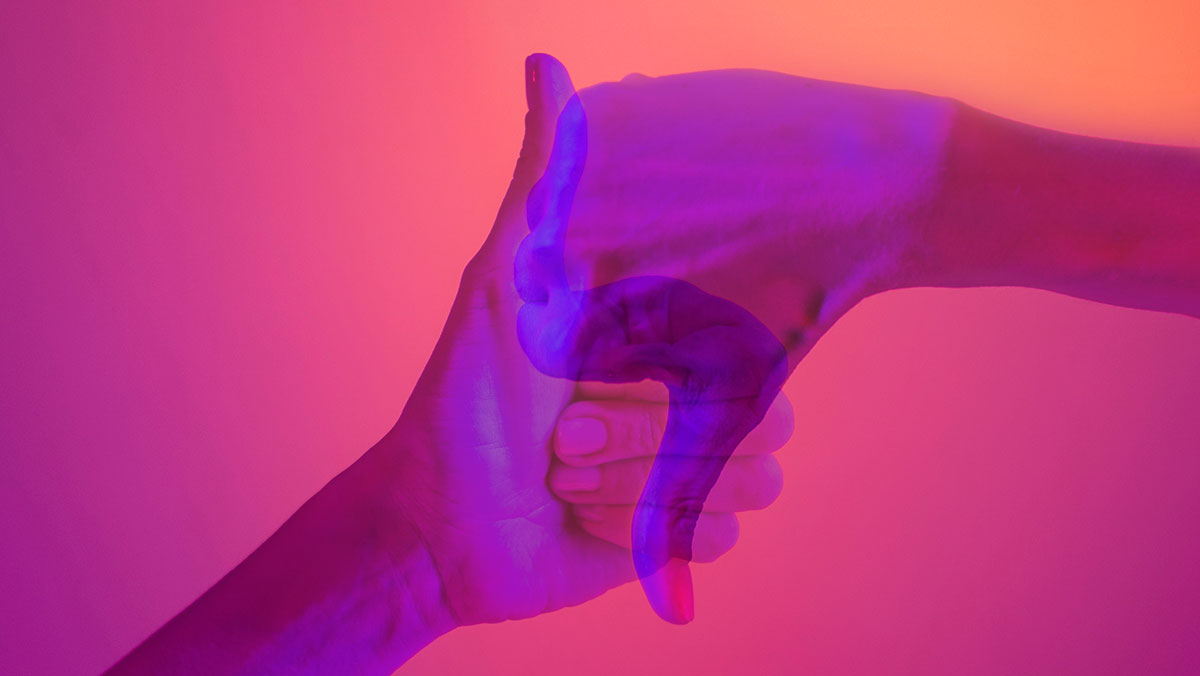 We should start by agreeing that defining “good” is becoming more and more complicated. What’s good for one brand is often of no interest or value to another.

This has been beautifully demonstrated by the contrast between those investors who decided to walk away from the Deliveroo flotation, and those who stayed to put their money where their mouths are – almost literally. More on that later.

Even more recently, the disastrous attempt to launch a European Super League – and the change of mind that followed – shows that some of us know what’s right and what isn’t.

Except, as ever in our relativist universe, your view depends on where you’re standing. J.P. Morgan argued their investment would be extremely good for the game. In fact, would save it. While the commitment to genuinely competitive sport shown by the fans and Pep Guardiola would eventually make it unsustainable.

Many thought J.P. Morgan had no idea about how football works and why people like it. But, obviously, the proposed super league committed the cardinal sin – it didn’t ask its ultimate customers what their view of good was and if it agreed with theirs. They weren’t alone in assuming they know best – too many brands do.

Until we can agree on what good is, how do we know what it looks like? And how do we ensure it’s alive and well, and active in the brands we use?

Not the beautiful game

In what is, despite all the ‘science’, essentially a subjective business, it’s difficult to establish an objective mutual ground for good. We don’t have ‘do no harm’ as part of a Hippocratic-like oath.

If we define universal good at all, we do it in the narrower terms of what is the successful bottom line advantage: a competitive concept from a competitive business.

So, while we ask what competitive advantage looks like and how we create and maintain it, we’re also missing a very large point. Which is that a good business and brand cannot simply be about the mechanics of trade: buying, selling, profit, and loss.

It has to have a moral side. With influence, power and wealth must come the responsibility to act well. In our ever more sustainable world, we are being judged on the choices we make and the impact they have. Big or small. Positive and negative. Acting on climate change or ensuring value for money.

As individuals and businesses, we must have an ethical stance. Without which, we’re hollow.

Looks good on the outside

Here, I’m thinking about the Uber judgment where their drivers will now get minimum wage, holidays, and pension pay in a ruling that has massive and not necessarily good implications for the gig economy.

On any awareness, territory, impact, and attitudinal scale, Uber is a successful brand? But is it a good one?

Despite the ruling, Uber continued arguing about when those drivers should be paid from – the drivers say from the moment they switch on the app, so they don’t drive around unpaid. Or, as Uber wants, to pay only when the drivers have a passenger. It’s an extra, undignified little scrap that doesn’t sit well with the tech brand image. Further undermined when you find that they’re not extending these simple, obvious new rights to Uber Eats couriers.

SEE ALSO:Walk the Talk – How Brands Lead by Example

Likewise, Airbnb seems unwilling to reverse the law of unintended consequences as their properties hollow out local neighborhoods and put the price of property beyond residents. Commercially successful, yes. A good business?

Somewhere in the search for good, we have to see where values fit.

Values need to direct and work hard. They remind us who we are and why we’re working here, what we’re like to deal with, and how we do things for the benefit of our colleagues and customers.

Built on deep insight and understanding of the brand’s DNA, they should also be challenging – asking for behavior we should constantly strive to achieve not sleepwalk with.

Only three values please: one rational, one emotional, and one aspirational. More than three is unwieldy. People can only remember three things, so no one acts by them.

Values differentiate us through the personality they express and the behavior they inspire. If they don’t, they’re more likely to hinder performance than help it. When 63% of the FTSE 100 share the same identikit values, it’s clear that few brands are getting this right.

If we go back to the Deliveroo flotation, we can certainly see two moral codes, two sets of values at work. Our client, Aberdeen Standard withdrew, concerned with Deliveroo’s business model and the conditions and employment status of its drivers.

Some funds withdrew, worried these conditions would provoke regulatory change – not positive when many also thought the £7.6 billion valuation far too high.

Only three values please: one rational, one emotional, and one aspirational. More than three is unwieldy.

Generally, concern over worker’s rights wiped over £2 billion off the value of the company. It would’ve been worse if Goldman Sachs – the giant vampire squid of legend – hadn’t spent £75 million propping up the shares.

Who was doing the best business and who was doing good business? Your values should answer that.

With values, we can find the right ways to express them – the visual and verbal identity which carries the brand narrative.

Essential for building meaning internally, brand narratives define the who, what, how, and why behind every brand.

While the narrative is important, it’s the short-hand forms that are key. Often referred to as a brand purpose, promise, or essence – it’s important to understand the difference and select the best one.

While purpose is helpful, when used in isolation it encourages brands to exaggerate their role in the world. Usually built on half-truths, they create mind-numbingly bland positionings that typically neglect what the customer wants. I refer you to the Super League.

The promise is inevitably the winner here. Directing internal behavior while motivating action that differentiates the brand from everyone else.

Many consultancies, of course, come up with all these brand elements and enshrine them in a guideline. We’ve all seen them – where the language is “lorem ipsum”. Leaving the most important piece – the language – that articulates and motivates, to chance.

Little wonder brands often feel the need to rebrand. It’s not the brand’s incapability or unsuitability, it’s the lack of direction in enforcing it. All of these elements should never expire, you should never reach their end. A promise is a promise for eternity – or your commercial strategy demands you evolve it.

In equal measure, we think a good business is about delivering consistently brilliant products or services, commercial success to sustain those working for it, and concerned to ensure positive social and environmental impact. A mix few brands, if any, have achieved.

Often, the positive, sustainable, or ethical choice comes with a compromise. One the brand dictates as acceptable on quality, price, availability, performance, or convenience. The degree of compromise tends to reflect the strength of the ethical stance.

SEE ALSO:How Purpose Champions Deliver When it Comes to ESG

We feel that the making of a fair profit is part of a good business. If ESG is to thrive, capitalism and social responsibility need to find a common ground. A fair profit pays for a better standard of living. Sometimes good is that simple.

The moral and the profitable. From here, that’s what good looks like.