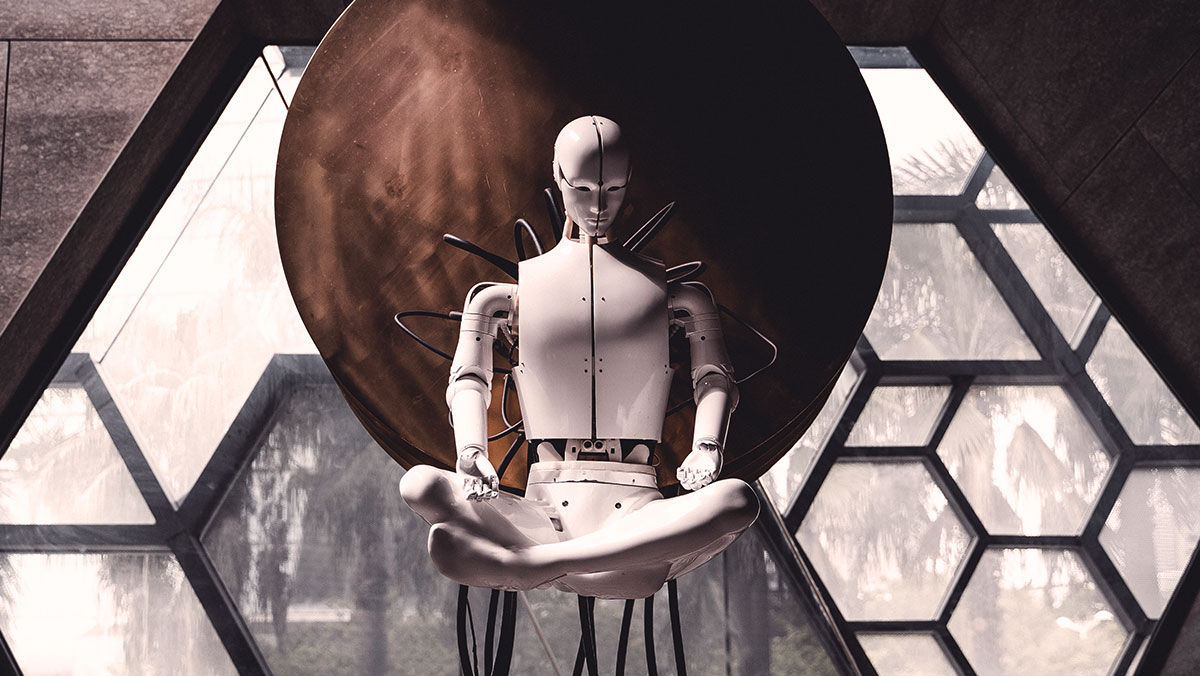 A look at how AI and human creativity can co-exist to further enhance brands’ human connection.

I was in art school when Ray Kurzweil’s book, The Spiritual Age of Machines, was published. Yes, I’m old enough to have been in college back then, but still young enough that I may see the futurist’s prediction of a singularity between humans and machines.

Most of the artists in the class were either horrified or enraged. For context, the iMac had just been released and Adobe had released Photoshop 5.5.

The thought that computers would be sentient enough to create art of any kind, let alone have emotions, seemed as far-off as flying cars.

My interest was piqued musically as Kurzweil had already invented the digital piano.

Since then, we’ve learned that AI is more subtle than Haley Joel Osment dreaming of electric sheep. Artificial Intelligence has become an increasingly powerful tool to do everything from auto-fill email addresses, help brands remind you what’s in your shopping cart on their site to targeted ads on social media.

There were direct helpful ways that AI benefited society as well.

In Susumu Namikawa’s article, he mentions the Advanced Creative Center at Dentsu Digital Inc and how they created “Welcome Checker” (Okaeri Checker, in Japanese), an app for elementary schools that can detect signs of stress that are normally difficult to observe in children.

What about the use of AI that overlaps with Kurzweil’s ideas of creativity, though?

In 2010, an album was released by a composer named Emily Howell. No one had heard of this composer before and it was because she was actually an algorithm.

It was the first time a computer had passed the Turing test for music and convinced audiences it was written by humans.

Since then, we’ve heard everything from AI Beatles songs to robotic Eurovision submissions. More recently, space150 created an AI Travis Scott engine. The AI rapped about food a whole lot which I’m sure McDonald’s was thrilled about.

In an article about an AI robot artist named Ai-Da (after early programmer Aida Lovelace) created at the University of Oxford and the University of Leeds, the point was made that “Ai-Da did not decide to create the self-portraits; rather, her creators gave those instructions.”

Which brings me back to the ‘composer’ Emily Howell.

Part of the allure of that album is that the pieces are performed by people. This is a combination of human input, machine creation, and human performance which I think moving forward will be a vast resource for creativity.

The question is, how will your brand tap into this potential of human-AI combination?

Brands like Tommy Hilfiger, who partnered with IBM and the Fashion Institute of Technology, aided student designers in what upcoming trends would be and allowed them to design within the brand aesthetic.

Or Harley Davidson dealerships that partnered with AI firm Adgorithms to not only generate new leads but to actually inform keyword choices in targeted ads.

While seemingly terrifying to a copywriter, it also gives parameters and limitations to hone in on creativity.

As Rick Rubin tweeted recently “Never turn a limitation into an excuse”, but can AI recreate Rick Rubin?