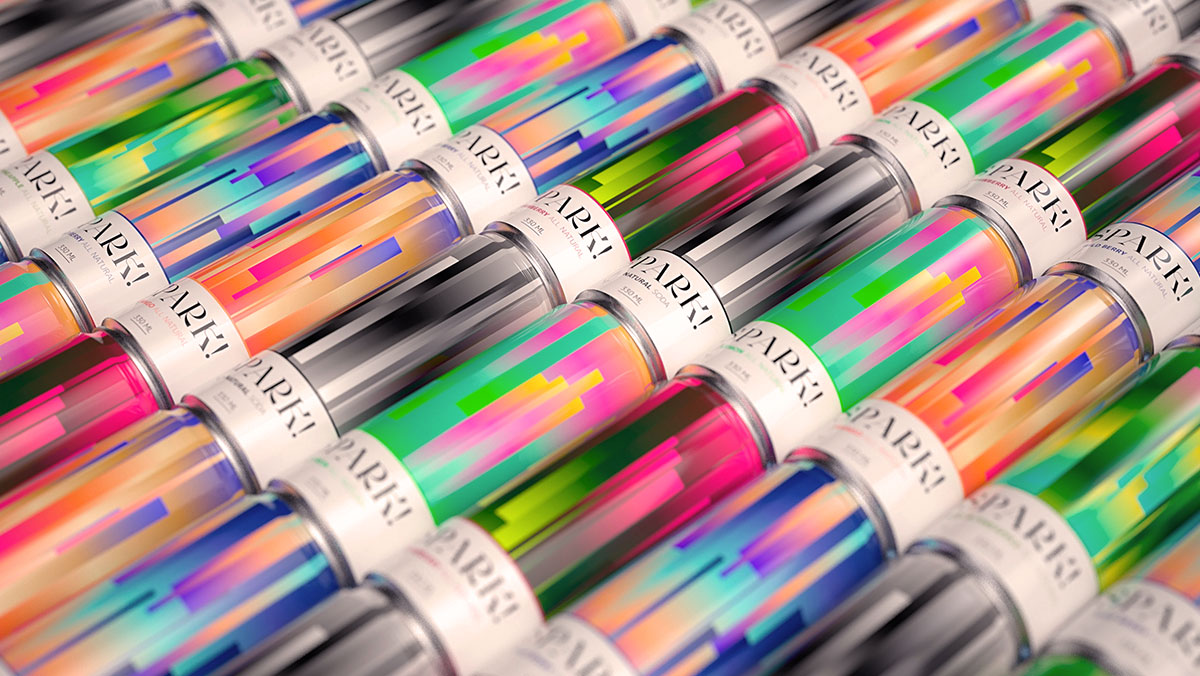 As creatives working in branding, we deliver visual work in its pure form. We submit awards entries that look amazing as a high concept but may never see the light of day. There’s an unspoken agreement that the slick showreels and mock-ups aren’t quite what will be rolled out in reality. But we’re alright with that because real life has a nasty way of messing up the beauty of the concept. So we claim the glory of the award, the client marketing director is happy, and everyone’s a winner. But that’s not where it ends. Real branding work has to be enacted by real people beyond the marketing function. As a creative, are you happy with just the case study, or will you fight the uncomfortable battle for real change?

A brand identity project could be seen as a strike in karate. When you see martial artists chop a brick in half, they’re not aiming for the brick, they’re aiming through the brick. In order to harness the kinetic energy to punch all the way through, they need to focus on what happens after the moment of impact. In the same way, when we create brand identities, we need to focus on what happens after the visual assets are completed. Design companies should ask themselves, what does it mean to aim through the brick? And how can we achieve lasting change?

A brand identity brief is a brief to change things. And it’s the responsibility of the designer or the design company to take that on and not do it superficially. A change project is way, way bigger than just adding some surface visual appeal. But it is eminently possible, because the good thing is that people are very motivated. Often, they want change, they want to be heard, they want to take part, it’s just that the structures aren’t set up for it. But an identity project is a fantastic platform from which to address those bigger issues.

To do this properly, you have to reach out beyond the marketing team on the client side. Change only happens when people understand and commit to it, so you need to link outcomes to what’s happening in the culture as well as working with the strategic side of the business. Will the organization’s people be able to action the strategy? Can everyone articulate the company values? These are things that a design agency has the power to shape. We need to be aware of the dynamics and the motivations of decision-makers in order to get the right people on board. And if some of those people still think of you as logo designers, you can help change that perception.

Engaging people from across the organization can deepen the relevance and durability of the work. Rather than just talking to senior stakeholders who make all the decisions, we always talk to other people in the business who see the day-to-day realities from different perspectives. These could be customer-facing people, rising stars in strategy, the receptionist, IT administrators. But rather than just asking them for views, it’s more powerful to engineer a situation where they can talk to each other, such as workshops that bring different functions of the organization together.

SEE ALSO:Why Marketers and Designers Need to Work Together on Co-Creation

Allowing everyone the chance to share their views can throw up uncomfortable truths that might not have come from senior management and can lead to deep insights. This process can be used to find out who the company really is. In the discovery phase, you’re searching for the soul of the company. It allows you to touch on things that can lead to change at the heart of the organization, if you go about it in the right way.

Helping the client become a better version of itself

There are usually profound reasons behind a brand’s repositioning. It’s important to think on a deeper level about the reasons for the desired change. It could be to change a company’s reputation, to grow, or to appeal to different audiences. But that appeal doesn’t just come about through different logos, colors, or advertising messages. Rather than just being seen to be different, an effective branding project helps an organization to actually be different.

As a design agency, will you limit yourself to the delivery of a visual system based on a brief and some gathered insight? Or will you have the courage to treat the work as a change process that will actually leave traces in the long term? Will you help the client to become a better version of itself, not just look like a better version of itself? If you want to do the former, you need to aim through the brick by reaching out into the organization and harnessing the knowledge and enthusiasm of its people. By asking deeper questions and viewing the business holistically – its culture and strategy, as well as its brand – design agencies can effect lasting, positive change.