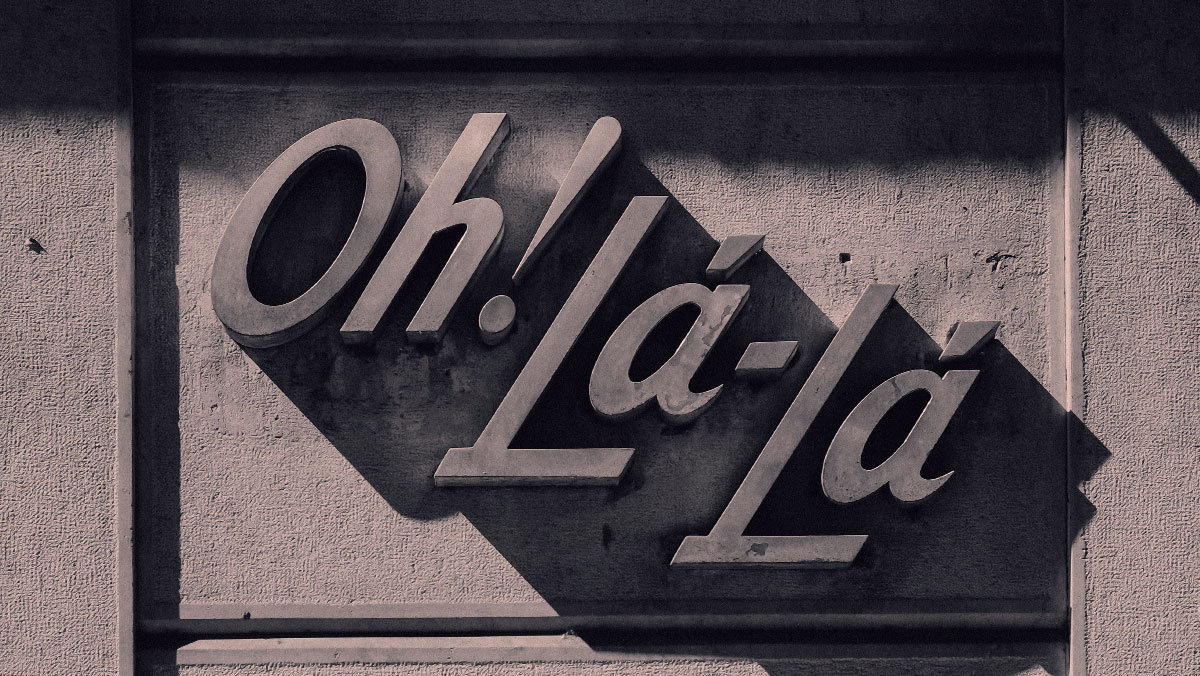 Experts and brand strategists have pretty conclusive ideas about what the qualities of a good name should be, and boldness isn’t included in most lists. When it does make the cut, it’s usually placed towards the bottom, which sends out a clear message: boldness (or uniqueness) isn’t considered too important when it comes to business naming. This, in my opinion, is a huge mistake that leads to an enormous missed opportunity for differentiation.

Although most mainstream advice on naming is helpful to some extent, it tends to be a little superficial. Stating that a name should be clear, simple, or relatable is equivalent to saying a house should be beautiful and functional. It’s a somewhat empty platitude, not conducive to outstanding results. As with many other things in life, an exceptional name tends to be found beyond the comfort zone. The most important thing is to understand how the name you choose can affect your business and, more importantly, how it probably won’t.

A name will rarely break you

When it comes to companies and brands, names are not as powerful as some people might think. Despite the word on the street, they will only have a negative effect in particular scenarios. In most cases, their impact will be neutral, and – on fewer occasions – they can actually have quite a positive impact. One of the things that put this belief in place is the common notion that, if someone struggles to say or remember a brand’s name, they won’t share information about it. However, some studies show that in many industries, up to 85% of new business comes from word-of-mouth; which means that people really like giving and receiving recommendations. Not remembering the name of a brand they value is unlikely to stop them from mentioning it to their friends. Much less in today’s world, where an in-situ Google search will solve the problem. Even if someone dislikes the name, they’re still likely to recommend the product or service they felt pleased with.

This doesn’t mean that a bad name will always be harmless. When it has an ill-suited meaning, sexual or offensive connotations, or is inappropriate within the industry, it can hurt the company’s reputation and performance. Such was the case of the Belgian chocolate company ISIS, which was forced to rebrand after the acronym terrorist group came under the spotlight. In many cases, researching the culture, region, industry, language, and target market of the brand in question can help prevent some of these unfortunate coincidences.

On the other hand, there are many examples of brands with generic, cliche, and even slightly unsuitable names that are very successful. A good example is Starbucks, an obscure name inspired by the novel Moby Dick with no evident connection to the world of coffee (just an obscure, indirect relationship – according to their website.)

Another example is Mud Water (spelled MUD/WTR), a popular mushroom-based drink meant to work as a coffee substitute. Aside from the challenging spelling, the name has an unpleasant connotation; something that could negatively impact an F&B brand. These cases demonstrate that businesses with core strengths like product quality, excellent service, sleek branding, and efficient marketing might not be affected by weak names. So, if you trust that your business has or will have these core strengths (which it should), why not go for an impacting name instead of a safe one?

They say that to break the rules successfully, you first need to know to play by them. The reason why naming advice is so consistent is that it has proven to be effective. These are some of the most popular tips around the topic:

SEE ALSO:What the #$%&? – Exploring the Use of Symbols in Brand Names

Not only are all these “rules” subjective but, under the right circumstances, they can be disregarded. This leads us to the last piece of advice; the one that isn’t always included despite its importance.

A name shouldn’t be bland, boring, or generic: business owners tend to be afraid of using names that might be too edgy or that aren’t self-explanatory. These concerns are valid but, more often than not, they lead to mediocre results. In a world saturated with commerce and digital noise, having a boring name is a wasted opportunity to stand out.

The case for bold names

A good brand name can be an effective tool for your business. In the best-case scenario, it can influence decisions and drive sales. At worst, it’ll make people remember, comment, smile, or, at least, notice. Names don’t even have to be extreme or outrageous to be bold; what’s considered edgy in different industries will vary significantly. “Frank” could be a great name for a bank, but very dull for a restaurant. Sometimes, finding these unique options might effectively require disregarding the traditional advice. Ikea, for example, is a random set of letters the company owner took from different sources, it has nothing to do with furniture. This doesn’t mean that going against the experts’ suggestions is necessary, but the freedom to do it opens up space for creativity and innovation.

SEE ALSO:What Happens When an Industry Runs Out of Names?

Beyond all conventional and unconventional advice, the most important aspect of the name you pick for your business is that it makes you feel inspired and excited. If you follow this principle to heart, you are unlikely to pick a mediocre option. When a name stirs something positive inside of you, there’s a big chance that it’ll do the same for others too. And, in most cases, making people feel something is better than not making them feel anything at all.