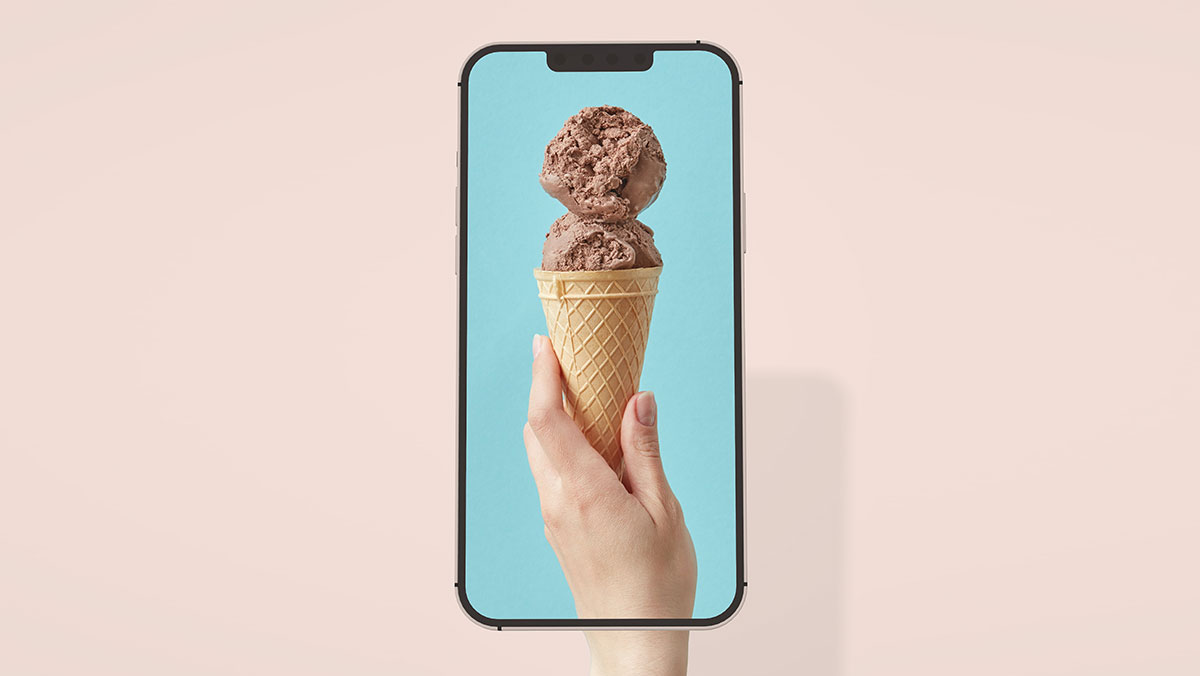 Every so often there’ll be an article published about food and flavor, and suddenly folks I haven’t heard from in ages will get in touch. Apparently, food is something we can all connect over and people by now know ‘food and drink’ is what’s on my mind.

Not the consumption of it – although I’m certainly an enthusiast – but the filming of it. It strongly appeals to the nerd in me (shooting food is technically involved) and I cherish a sensualist’s love of cinematic spectacle (I’m definitely more of a Hollywood man than a Dogma man). So, when I caught the food shooting bug, I was going to go all-in.

Anyway, these reach-outs fall into a fairly benign ‘thought this would interest you’ category. But with one bit of editorial recently, the vibe was different. The article in question was a piece in Engadget about the invention of a lickable screen that can simulate any flavor. It’s come back to me often, from many sources, and in the interests of efficiency, I thought I’d lay down my view once and for all.

When sharing said article, some people jokingly suggested I ought to look for a new job soon. Maybe they’re looking forward to the day that I stop going on about my job but hey, ‘fraid that’s not gonna stop any time soon.

But, with no intention of throwing shade on the eminent people who developed the tech, there is zero chance that beautifully filmed food will cease to be relevant any time soon. I’m sure a useful application will be found for the technology, but like a lot of innovation, right now it’s a solution looking for a problem. The reason for that is the big grey lump of protein sitting between your ears.

It reminds me somewhat of the brief (and inevitably doomed) flare of interest in 3D TVs, a few years back. At the time, there was a similar discussion about how the entertainment and advertising industry was going to have to adapt to this revolutionary new tech. It’s a good job we didn’t. The point that escaped the enthusiastic hardware manufacturers is that we all know that a 2-dimensional moving image is really flat, but we don’t care – because our brains compensate.

SEE ALSO:Beyond Sharp – Memory Structures and the Audience of One

My experience with 3D has been generally unsatisfying. It directs attention to the frame we’re looking through. It should in fact do the opposite: direct attention to the world behind the frame, not the frame itself. Film works because it provides just enough for our brains to fill in the gaps – a high enough frame rate to deliver the illusion of smooth movement, although our brains are really seeing a succession of stills; perspective, movement, and depth-of-field to deliver the illusion of space. Et cetera.

It’s the same with flavor.

In 2015, a paper was published by a team at Oxford University looking at ‘crossmodal correspondences between colors and basic tastes’. They go through a rigorous scientific process to arrive at a conclusion most of us intuitively feel: that yellows and greens are associated with sour; pinks and reds with sweet, and blue with salty flavors. The parts of the brain that ‘light up’ when you taste these flavors are also activated when you see these colors. It’s nature, not nurture.

This insight is certainly supported by my years of experience shooting food. Your brain’s response to well-shot food imagery is involuntary, therefore it is inevitable and it requires no active engagement other than sitting on the sofa with eyes on a screen. That’s straight-up magic.

Of course, we have a lot more in our creative palette than just color. The lighting, texture, movement, the context in which we see food – all of these elicit a response much more satisfying, sensational, and even sometimes sexy, than licking a digital screen could ever be.

SEE ALSO:Branding Can Literally Change the Taste of a Product

Food and flavor are about much more than what we put in our mouths at mealtimes. It’s an intrinsic part of the way we engage with the world. There are more connections in a human brain than there are stars in the universe (it’s true, look it up). And I think each one of them is a tastebud. Happy viewing!