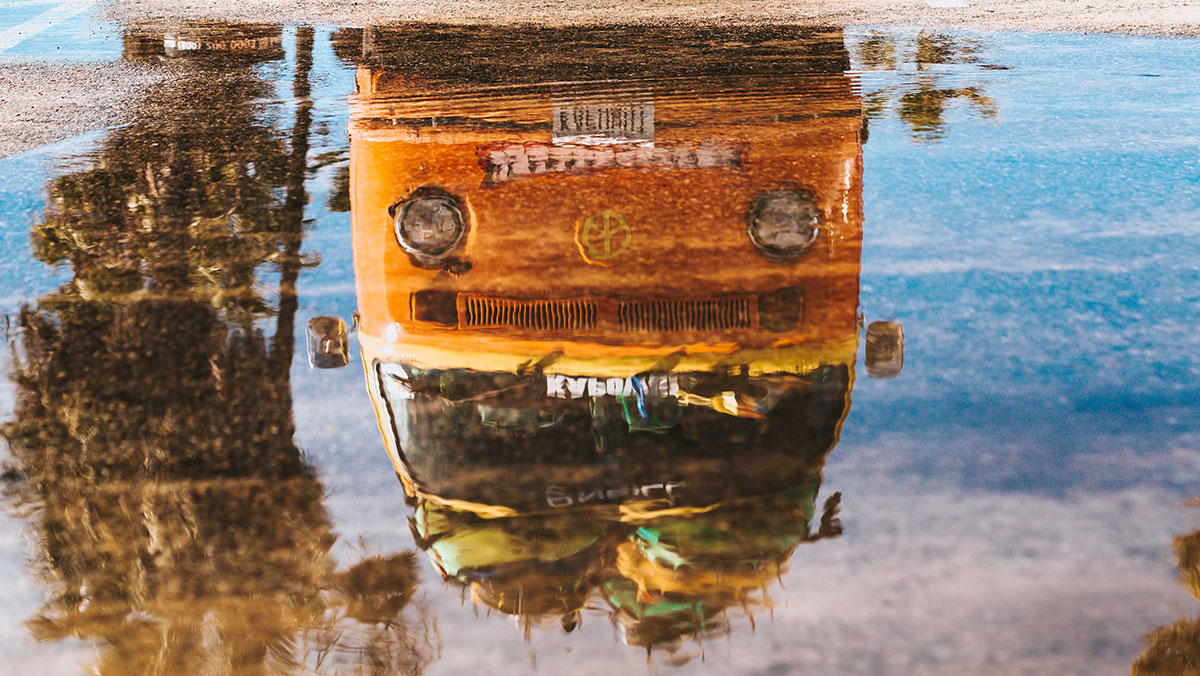 This quarterly column focuses on exploring the ways in which brands and people can get behind nature (specifically the seasons) and can take inspiration from and follow the rhythms of nature more closely in order to bring both originality and harmony to their customers. The idea is, if we start engaging more deeply with nature it might follow that we exploit it less and support it more.

Our theme for this column is Summer, which officially starts on this side of the globe on the solstice on the 21st of June. For most people, Summer is a time of holidays, sun, relaxation, and freedom. The days are longer, the weather better, and our moods, as a result, are lighter and happier. Typical brand responses to Summer cater to this human-centric experience, focussing on a holiday mood, bombarding us with aspirational imagery of the perfect Summer and thirst-quenching photography. These summer cliches show brands associating with Summer in a passive way.

We see Jo Malone immersing us in the atmosphere of summer in the form of the fete – they use blue and white gingham, classic imagery of bunting, and cakes and jellies – aside from a nod to Gucci with a few eccentricities (wellies, cows) it otherwise a straight evocation of a Summer moment.

Similarly literal is Pimm’s, with their “we will summer” campaign. Cue more gingham, picnic blankets, and tennis balls – nothing to make us think too much there.

McDonald’s and Malibu at least make it fun with a few visual jokes, with an M or a few wild games that look pretty fun.

The question is: aside from associating their brand with Summer and prompting usage, what do these ads say about the brands themselves or the season of Summer?

We believe that such passive association is missing a trick. Brands can go further in aligning with the season. For us, Summer is about ‘liberation’ – freeing us from the routines and processes of our normal lives; and the brands that really collaborate with the season are the ones that really engage with this deeper conceptual understanding of it – that really get behind the season and use it to say something meaningful about themselves and the world we live in. 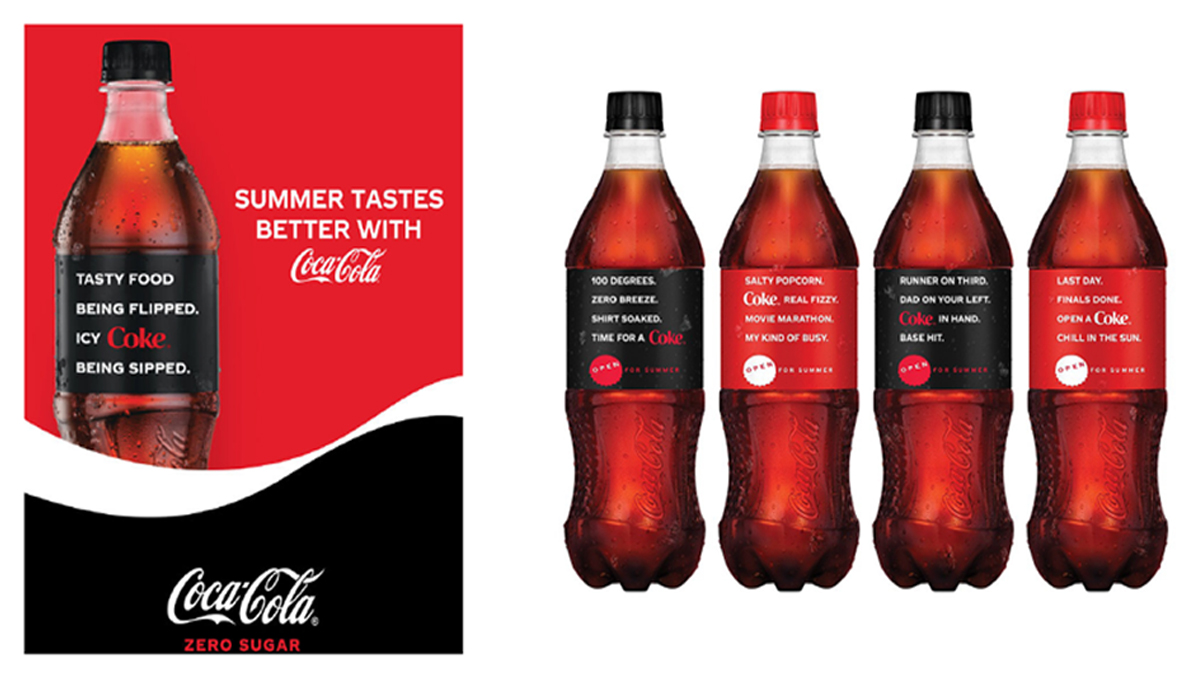 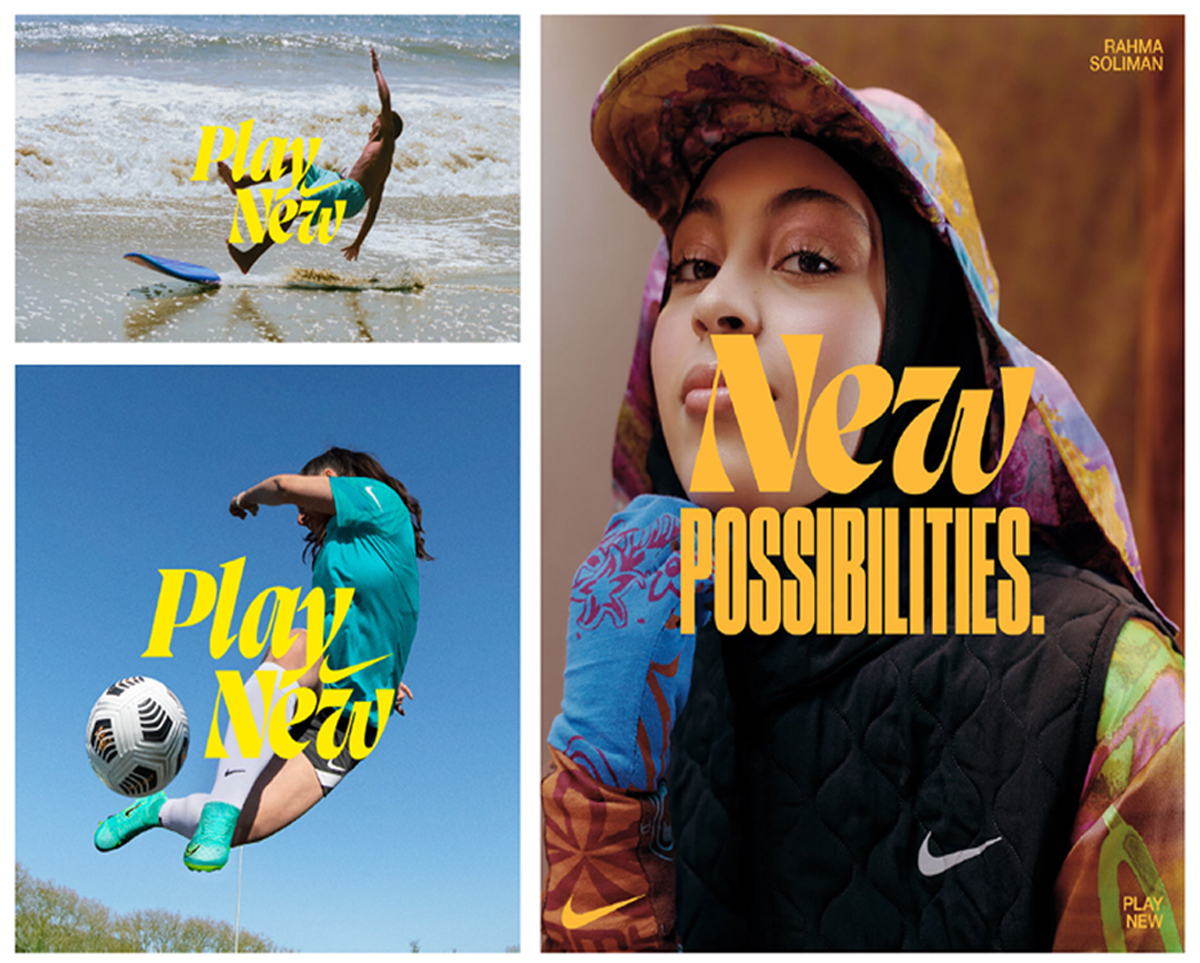 If we look at brands who are proactive in their interaction with the Summer, we see three main principles at play that increase in depth of engagement on a scale:

Think about what Summer really means and identify which of these associations or narratives fit with your brand. Engage with the season more deeply – unpack the themes and narratives within the Summer, understand the semiotics of the season, the feeling it evokes in people, and the rich associations and cultural connections.

The Nike summer campaign is a good example – it focuses on new possibilities and beginnings – on overcoming your limits. Coming from the perspective of “sports is for everyone”, it lands this message by unifying with the deeper association of Summer as a season of freedom where there are less rules. It communicates a sense of originality and freedom, innovative and inspiring. The visual language of the campaign reinforces this with bold new typography with a sense of movement and short and impactful statements.

The principle is to use the season to lead more fundamental change not simply product service and campaigns. Again, Nike is a good example – opening up its offer to new audiences and new perspectives. Gucci too used Summer to demonstrate a characteristic zag when everyone else zigs, with a rainy campaign and a shift in aesthetic. Coca-Cola wrote an ode to Summer occasions but imagine if it had used it as a pretext for a complete change of product or approach… Summer as a launching pad for Coke Zero, as a time when we want things to be light, clean, and bright? Summer as a time of utopian dreaming of a new world of CSDs.

This principle takes us back more overtly to the Anthropocene and asks brands to consider what lessons Summer can teach us about sustainability. How can we use the natural processes of summer: heat, blooming, and pollination as literal inspiration for our ideas and products? What if we were to use nature as our guide – not simply exploit her behavior but emulate it? We think ideas would really start flowing.

Imagine if Gucci didn’t just theme its collections according to the semiotics of Summer but instead thought about how it could emulate them. It could think about how to bloom – new materials that change from one thing to another. To pollinate – clothing that could affect other clothing to produce new fruit.

Why it doesn’t work 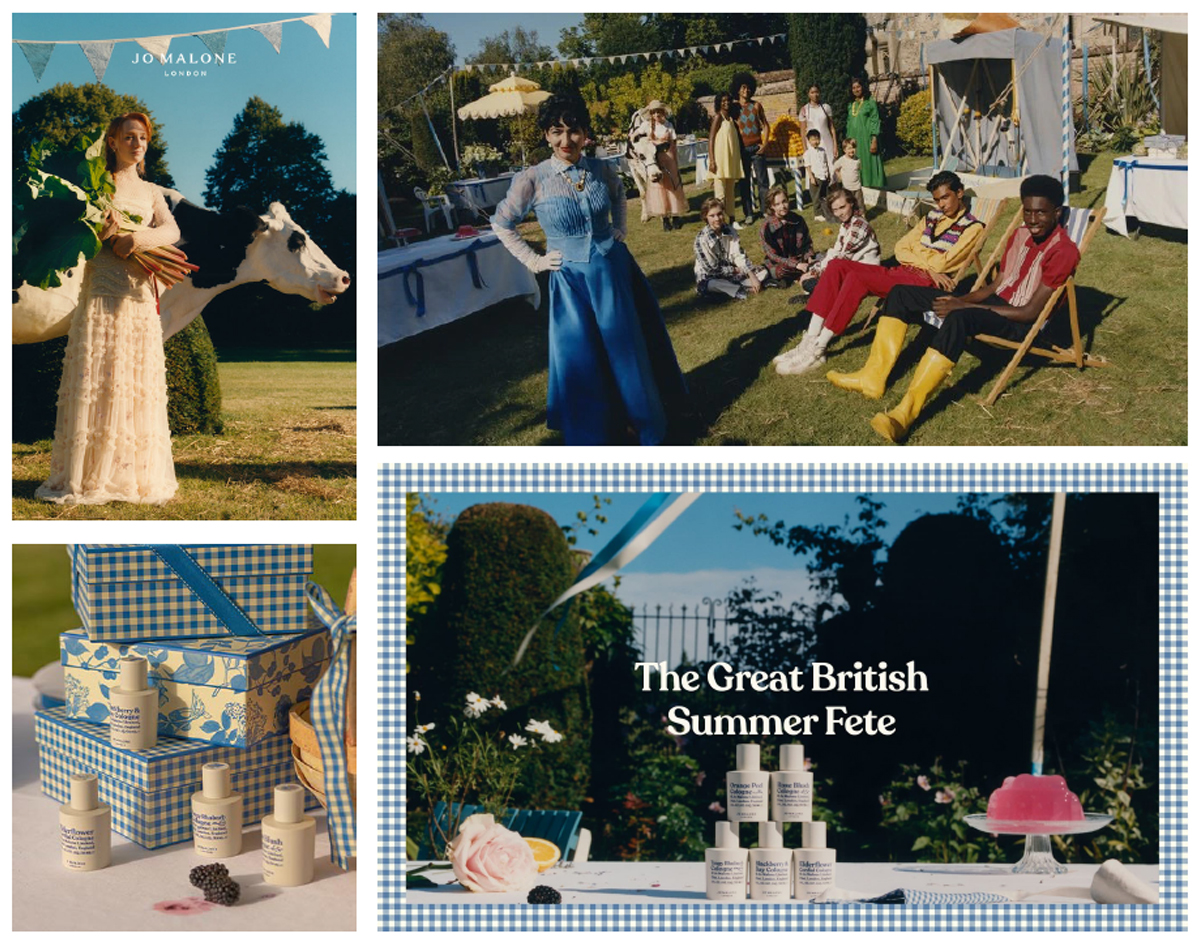 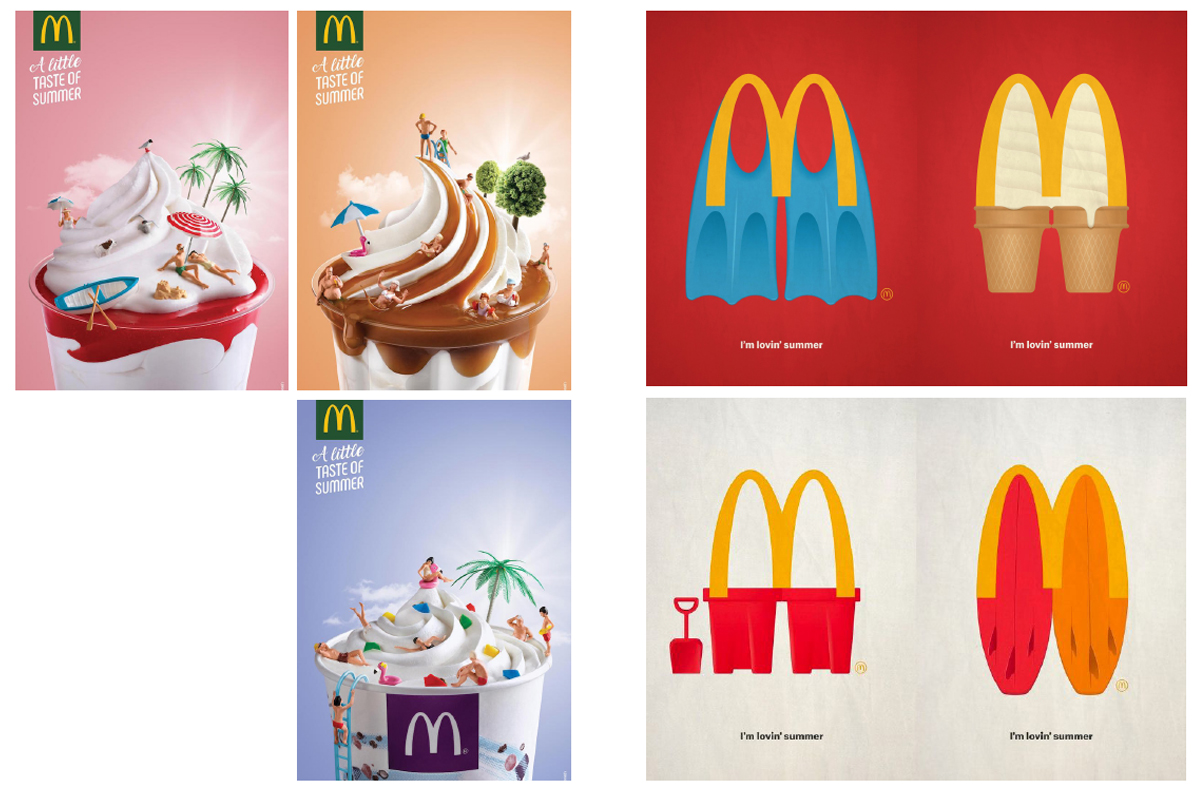 In the age of the Anthropocene, we all know that we need to get behind nature – with humans now as the most dominant factor in nature, we need to be proactive.

The Anthropocene is the proposal that the Earth has entered a new epoch as a result of human activities. From the Greek human ‘anthropo’ and new ‘cene’, the concept includes the idea of anthropogenic climate change.

It started as a scientific proposal but has catalyzed a flurry of intellectual activity and has energized discussions of environmental politics.

It captured an intellectual zeitgeist, providing a catchy label for anxiety about the state and future of Earth after the ‘end of Nature’ – i.e., the end of the idea of Nature as a pure place, untouched by human hands, that has been so central to modern environmentalism.

It forces us to recognize our role as an influential force on nature causing significant global warming and other changes to land, environment, water, biodiversity, the atmosphere, etc. To recognize our impact on the planet and its direction of travel. It necessitates that we need to act now. It’s not enough to be kind to the environment. We need to be radically proactive.

SEE ALSO:Podcast Ep 9: Why Are Scandinavian Brands so Successful?

The word Anthropocene itself conjoins deep time (geology) with dramatic futures (science fiction/utopias), that are not evoked by the comparatively dry logics of sustainability or biodiversity. We think it’s an inspiring way to think about innovation and could help all of us make the dramatic changes we need to make to save our wonderful world and guarantee future Summers full of fetes and fizz and fun!