As we all know, the start of the 2012 Olympic Games is approaching, and as we could have expected, Coca-Cola has prepared some really interesting content. Therefore, teens are encouraged to participate in the creative process behind and to give their contribution to Coca-Cola Move to the Beat, a global teen focused campaign.

“Move to the Beat is all about getting teens excited about London 2012 by tapping into their passion for music and fusing it with sport,” said Mark Ronson. “The Beat Wall uses urban culture to excite and engage teens and is a really cool way of inspiring teens to get involved with the London 2012 Olympic Games.”

The Beat Wall is a vividly display of the Move to the Beat campaign, demonstrating how Grammy award-winning producer Mark Ronson traveled the world obtaining inspiration for the anthem by meeting inspiring athletes to record the sounds of their sport before the cooperation with Katy B, which provided the vocals. 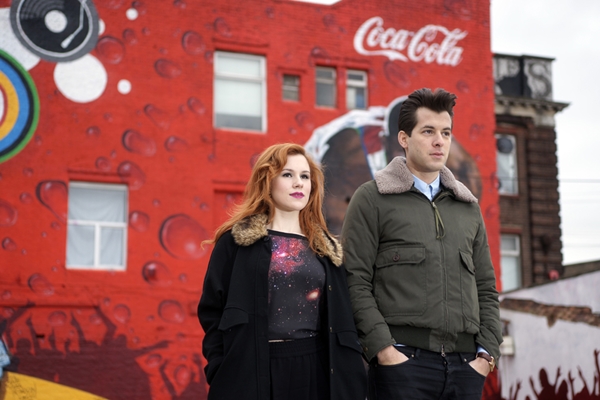 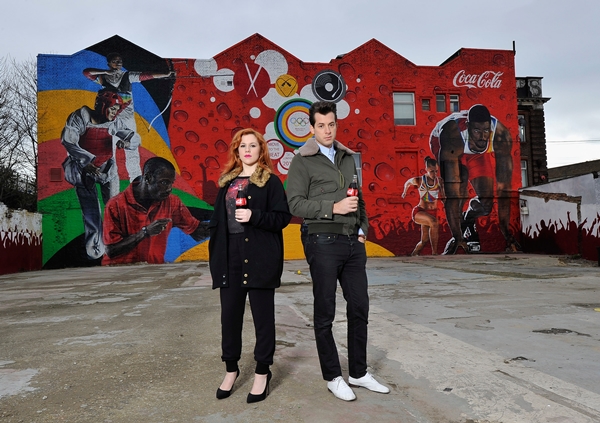 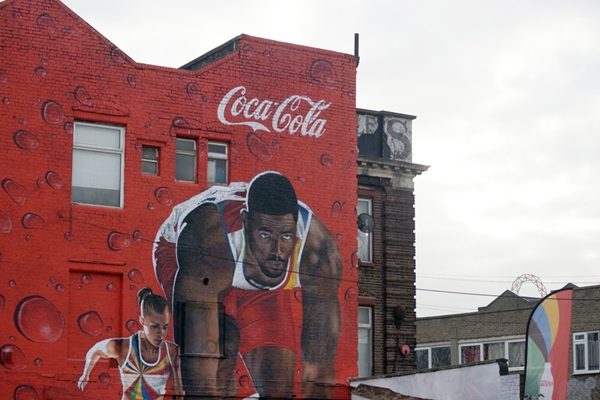 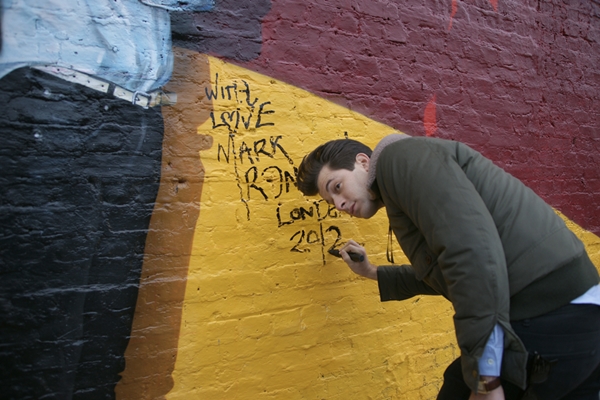 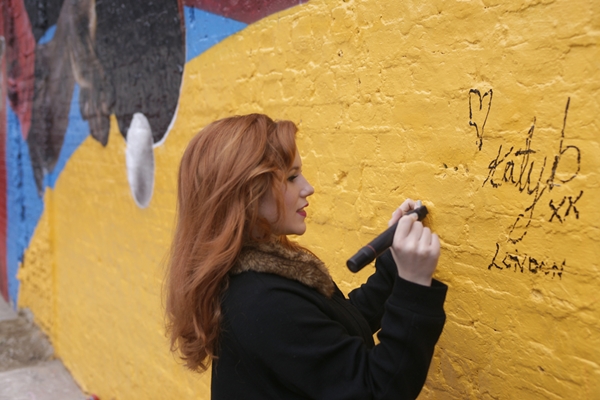 The Beat Wall is situated in Hackney, East London, the 25 meter wide by 10 meter tall artwork was created by photorealist Neil Edward, Hadley Ever and Sam Bates. The launch of the Coca‑Cola Track the Beat Facebook app and the Move to the Beat television commercial, which will be broadcasted across Europe and the globe in attention to engage teens with the spirit of the London 2012 Olympic Games, will be announced by the unveiling of the Beat Wall:

“We approached our London 2012 campaign in a bold new way in order to create stories that teens would love and that they would want to share,” said Jonathan Mildenhall, Vice President of Global Advertising Strategy and Content Excellence at The Coca-Cola Company.” This wasn’t about shooting a television commercial. It was about inspiring teens to move and capturing the story from multiple angles and viewpoints in order to create pieces of film that could be spread across multiple media platforms.”

Track the Beat enables the opportunity for teens to “collect beats” through Facebook and also, to acquire access to special content and prizes. By using Track the Beat, teens will be able to explore the beats that are featured in the Move to the Beat™ anthem, a chance to download wallpapers, as well as screen savers from the wall, and the chance to take a look at the television commercial on Facebook, Move to the Beat, before it’s planned broadcast. All the things mentioned before will be available at www.facebook.com/coca-cola.