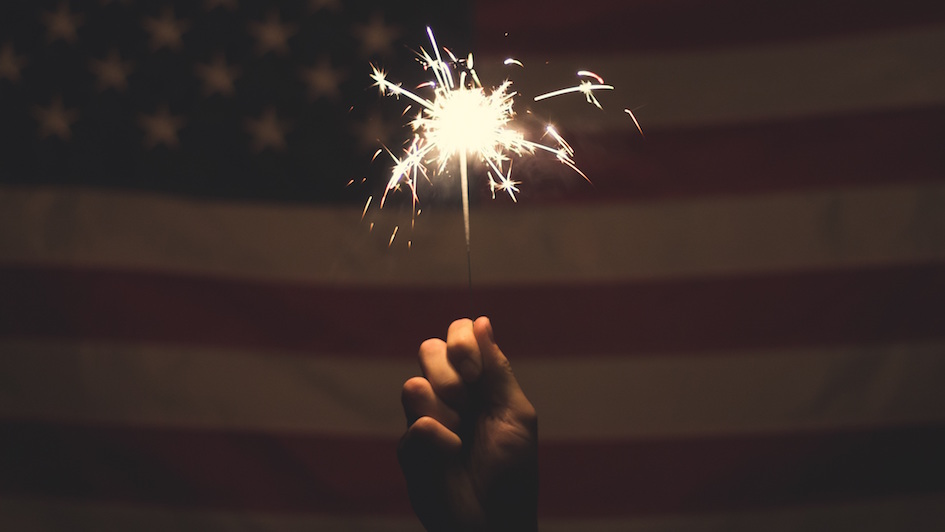 Since it is a USA election year, issues regarding “patriotism” have been raised to even higher levels of debate than usual. So, besides the fact that we’ve celebrated Memorial and Independence Day – July 4th being the expression of the United States’ own particular brand of patriotism – it seems an apt time to take a look at how consumers see brands when it comes to the value of “patriotism.” A new survey of iconic American brands has revealed which consumers consider the most patriotic.

Also, for the first time ever, in addition to having consumers evaluate 248 brands, we asked respondents to name “anyone who they felt best personified the value of ‘patriotism’ in the United States.” Because, in light of the political rhetoric being bandied about, we thought it would be provocative to see how people put a human face on such an extraordinary value.

Election years and holidays give marketers an opportunity to help citizens celebrate – and brands to leverage – emotional values. In this instance, brand advertising and social outreach typically feature patriotic flag-waving and red-white-and-blue motifs. Marketers cue the bands, the Sousa marches, and the Uncle Sam look-alikes to leverage patriotic emotions and, as this value doesn’t just reside in the voting booth, but the marketplace as well – this is done in the cause of increased sales.

Waving the flag at consumers

When it comes to engaging consumers, waving an American flag and having an authentic foundation for being able to wave the flag are entirely different things, and consumers know it. Believability and authenticity are the keys to emotional brand engagement. The more engaged a consumer is with a particular emotional value and the associated brand, the more likely they are to trust that emotion and act positively on that belief. Where a brand can establish an emotional connection, consumers are six times more likely to believe and behave positively towards the brand or the candidate.

This being an election year, we let consumers vote on a national sample of 4,750 people, 16 to 65. They evaluated a list of 248 brands across a collection of 35 cross-category values. Respondents were also asked – on an unaided basis, that is, we didn’t give anyone a list to choose from – who they thought best personified the value of patriotism.

It is important to note that these rankings do not mean that other brands are not patriotic, or that they don’t possess patriotic resonance. Rational aspects, like being an American company, or being “Made in the USA,” or having nationally directed CSR activities and sponsorships, all play a part in the make-up of any brand. But just wrapping your brand in the flag doesn’t do it anymore. And, if you want to differentiate via brand values, especially one as emotional as “patriotism,” if there is believability, credibility, and plausibility, good marketing just gets better.

Speaking of people, consumers came up with quite the list. We did, however, edit out historical, likely suspect mentions, like Washington, Lincoln, Betsy Ross, Nathan Hale, Abigail Adams, Thomas Paine, and Alexander Hamilton. They’ve already earned their place in history, and besides, we were looking for a more contemporary list.

And, for all the obvious reasons, we edited out the current crop of presidential hopefuls although, in all fairness, none of the major candidates were mentioned enough times to elect them to the top 20 list. That, in and of itself, should say something about our political process, the current partisan and racial tensions regarding what consumers perceive to be authentic and meaningful, and Americans’ views of patriotism!

When we did all that, we had a list of people Americans felt best personified and humanized the value of patriotism. It’s a mix of entertainers, soldiers, athletes, explorers, and cultural influencers and commentators, which spans the political spectrum. We think it says a lot about how people think about patriotism. The top 20:

And sure, with the exception of someone in the military – our survey focuses on for-profit brands, but every year we look at the United States armed services: The Air Force, Army, Coast Guard, Marines, and Navy and consumers gave all branches of the armed services a patriotism engagement rating of 100%, and we recognize that again this year and thank them all for their service. Patriotism may not be a top-of-mind value when it comes to personifying anyone other than a soldier, but if you move beyond any immediate political reaction to the list of names, it’s highly likely you can find all the emotional and rational reasons citizens thought of these people first.

John Wayne was never shy about his love for America – on or off the screen. Bill O’Reilly has written four books dealing with American history. Tom Hanks standardly plays unlikely American heroes and has worked tirelessly to strengthen the legacy of the Greatest Generation. He won an American Spirit Award, too. John Stewart has railed against false patriotism, and Lin-Manuel Miranda has reframed American history and created a new paradigm for patriotism. And the first man to walk on the moon? Come on, this is the moon we’re talking about! If you take a moment to think about it, everyone on the list ultimately provides a valid and significant foundation for understanding how Americans see patriotism.

SEE ALSO:10 Brand Trends to Prepare You for 2016’s Arrival

Remember these were people and not brands we were asking about. The term “brand” is one that has become grossly overused. It seems today anything that has a degree of awareness or celebrity calls itself a “brand.” But the reality is a real “brand” must be imbued with something more than talent or celebrity, and certainly more than awareness or notoriety. It needs to be a value people recognize and desire. And to be fair to Mr. Trump, he excels in that arena!

One thing marketers should have learned about 21st century brands are the ones that can make a meaningful emotional connection with the consumer always have a strategic advantage over competitors when it comes to the battle for their hearts, minds, and loyalty.

Playing the nationalism card works only with a very small percent of any population. Smart brands that know what consumers are willing to believe about them will leverage that and end up winners.

Oh, and there’s a big difference between being patriotic and being political, another thing the American consumer is on to. Ultimately patriotism isn’t a campaign. It isn’t changing the name of your brand to “America.” It’s not those short, frenzied outbursts of emotion we mentioned earlier. That’s more promotional than patriotic, and more-the-pity for brands, consumers know it.

Based on this year’s lists, one could reasonably agree that real patriotism is the quiet and steady dedication of a lifetime’s work – whether you’re speaking of a brand or about a person. Some approaches can be categorized as “liberal,” others as “conservative.” But looking at the lists respondents rated and generated, we think that statement is true about every one of the names, no matter where you personally stand on the political spectrum.