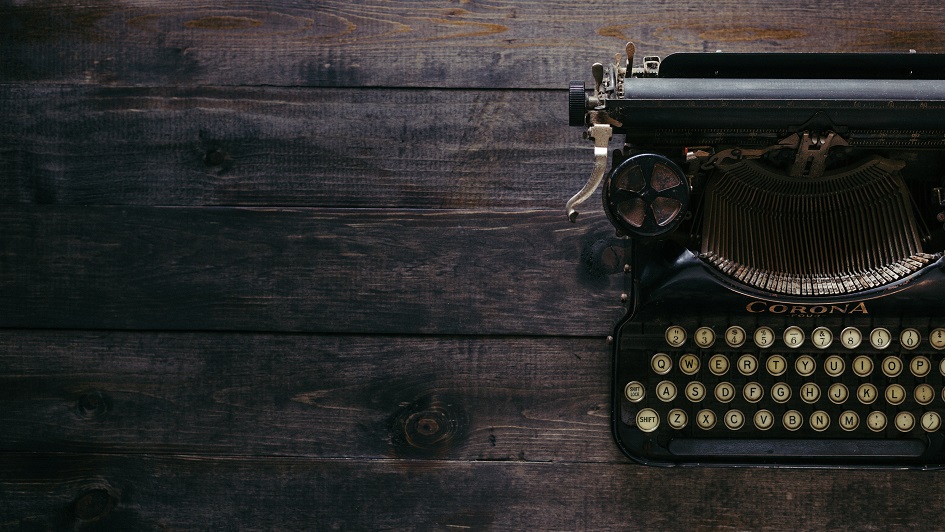 Tone of voice. To a copywriter in the year 2000, no three words promised more.

The turn of the century had given brands the opportunity to reinvent themselves. In copywriting terms, that meant breaking the rules. So, to the horror of grammarians everywhere, Orange decided they didn’t need capitals any more. Phones 4u used text speak in their name (a move that felt current for perhaps 3 hours in 1997). And my local curry house is still called Millennium Tandoori.

Not the seismic linguistic shift some predicted. But although some copy trends were short-lived, many copywriters at the time shared the same goal: to do away with the stuffy business writing of the 20th century and replace it with a new, brand-orientated approach: tone of voice.

SEE ALSO:From Murders to Marketing: The Rise of Podcasting for Brands

Tone of voice promised to make brands stand out from the competition. It promised to put an end to formal writing and jargon, and usher in a new era of conversational language in business. It promised to make the case for businesses to invest in better writing, a case backed not just by the opinions of floaty creative types, but by research and hard data.

This concept wasn’t limited to ads. Tone of voice would reach into every area of business communication, ‘from the boardroom to the shop floor’, as one of my old bosses put it.

Why hasn’t tone of voice changed the way we all write in business?

Why are we still playing bullshit bingo in meetings?

There are loads of possible reasons. For me, these are the two biggies.

SEE ALSO:How to Take the Mess Out of Your B2B Messaging

What’s more, the imperative to follow tone of voice guidelines is not like, say, an HR policy. There’s no mandatory ‘cascading’ or training. The brand team can write shiny marketing copy, while everyone else pumps out the same old business blah.

Brand teams didn’t mean for it to be this way. It’s just not their bag. Asking the CEO to write a more approachable round robin, helping contact centre teams to write in a more customer-friendly way or trying to persuade in-house lawyers to go easy on the legalese are generally not on the list of brand people’s #workgoals. They didn’t sign up for that. They’d rather work on sexy campaigns and win yellow pencils. And who can blame them?

Banks, supermarkets, oil companies, tech giants, coffee vans, your friend who started a baby yoga business. (I don’t say this lightly. I have sat in meetings with all of the above and heard them say the words ‘we’d like to sound like Innocent’).

As soon as anyone in business reads Innocent’s breezy, sunshine-and-trumpets copy, they fall in love – and shortly after, decide that the quirky words on the back of a smoothie box are exactly how their global corporation / bedroom startup should sound.

SEE ALSO:Understanding the Aesthetics of Success

If not a watered down version of Innocent, brands end up with ‘clear, warm and fresh’ (or some variation) as their tone of voice. And often these generic principles come about after months of concepting and running focus groups. If the original purpose of tone of voice was to help brands stand out, these three words ensure they sound exactly the same.

So where does that leave tone of voice in 2018?

Well, all is not lost. Words still have the power to make businesses better. I see it every day. Here are three things brand teams must do with their tone of voice to make a meaningful difference to their organisation.

1. Ask: what do we want words to change?

Done badly, a tone of voice project is a box ticking exercise that does nothing to stop most people in the business churning out impenetrable reports and terse emails. But done well, it can transform your culture, give your customers a brilliant experience, boost morale, increase sales and improve productivity.

So before you start developing the tone of voice principles, ask: what do I want tone of voice to change? Think about how writing can help you deliver your mission and vision, and how it can be a practical way for people to express your values in their day-to-day work.

2. Go with a bold, distinctive idea – not three bland principles

Bad writing is an ingrained habit in business. So you need more than a few generic, abstract principles to inspire people to change. You need something bold.

So instead of three bland words like ‘clear, warm and fresh’, focus your tone of voice on one big idea for language. Give people something powerful they can get behind and make it really easy to apply. Resist the temptation – however ‘right’ it may seem – to produce a copycat tone of voice. Look at your competitors and do something totally different.

I’m going to generalise here: brand and marketing people tend to be good writers. You’d expect this, given how important writing is to their roles. Yet tone of voice is often focused on these teams, while the teams that need the most help often get left out. They don’t have writing as an ‘official’ part of their role, but they often have to write difficult, complex messages.

Think about which teams get overlooked in your business. What impact would tone of voice have on their writing?

SEE ALSO:What Does Effective Employer Branding Need to Do?

For example, what would be the impact if you trained your management teams to write clear, concise reports? What if you helped HR to write company policies in a friendly way? What if you helped IT to translate tech speak? Sometimes good writing makes the biggest difference where we least expect it.

Tone of voice remains a powerful way to change business for the better. For that to happen, it has to be more than just a clever idea someone had in the nineties, or a brand book that no one reads. It has to be something everyone does, every day. If brand teams treat it as a practical tool for everyone in their organisation, tone of voice will live up to its initial promise – and get rid of business blah for good.