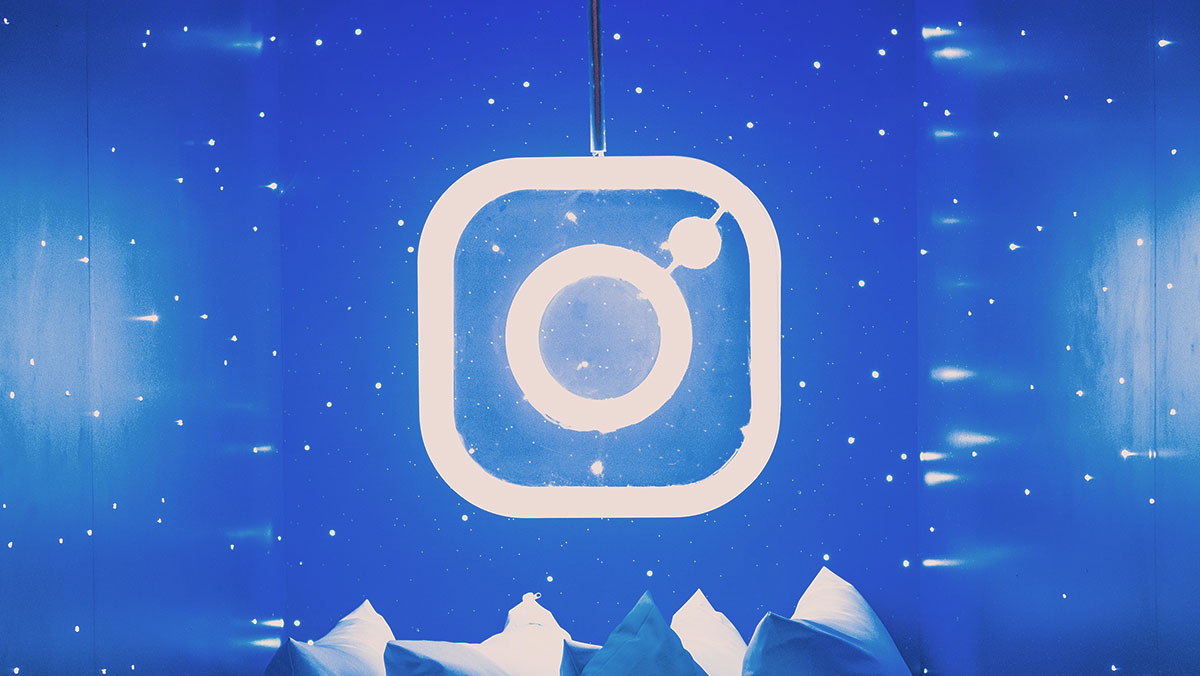 As an instrument for brand and community building, as well as a vital platform for instantaneous sales, Instagram is undoubtedly one of the major forces in luxury brand communication and activation. It is imperative to understand what are the underlying social processes that draw people in, yearning inspiration, belonging, and ultimately, personal transformation. What is the social alchemy that makes people feel under a spell to keep scrolling down? And how do people choose what content to follow, what to dismiss, or even scorn at? What is the force that makes them accept Instagram as a factory for dreams, that needs to be taken with a grain of salt, on the one hand, and as a sneak peek from the aspired life to long for, on the other?

Why social comparison is the inevitable core of human nature

The answers lay in the sociology of individual and collective identities. To start with, humans self-identify by comparing and contrasting themselves with others. Social comparison helps in gaining accurate self-evaluations, assessing capabilities, values, as well as limitations. It helps assess what is normal, what we can strive for, and what is out of reach. It also helps setting personal goals and to identify the characteristics of a well-lived life. The groups one compares herself to are commonly referred to as “reference groups” in the field of sociology.

To dig deeper, we differentiate between two types of reference groups based on their characteristics:

Primary groups refer to a small social group whose members are especially close to us. Family members and friends belong to this cluster. These are individuals with whom we share deep bonds, sentiments. As a source of support, intimacy, and solidarity, they are immensely impactful in the development of personal identity. 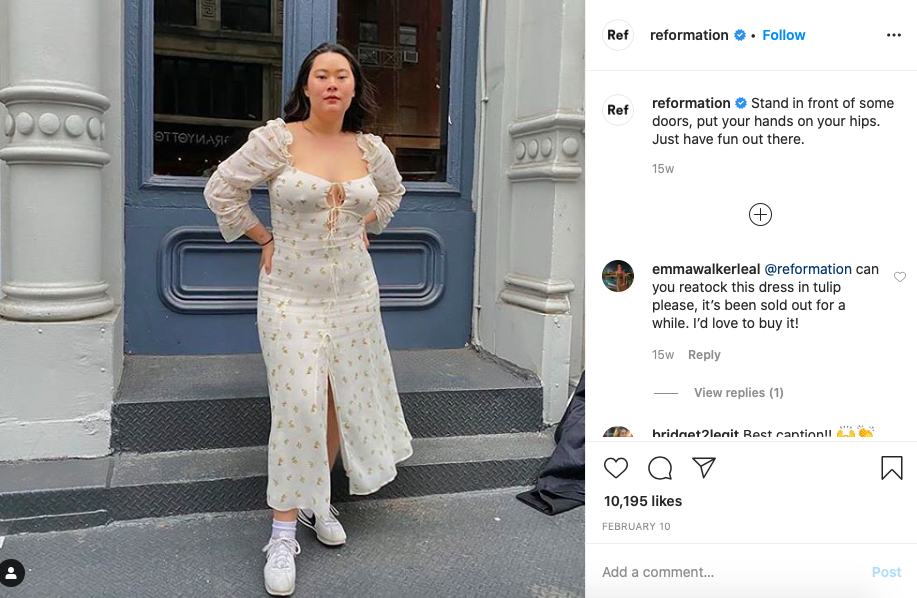 Secondary groups tend to develop later in life and possess weaker emotional ties. Bonds between members are characterized by function and common goals, rather than shared emotions. The likes of university classmates, co-workers, or workout companions consist of this rank. While the main objective of this group is not the maintenance or development of personal relationships, but rather explicit gains and exchanges, over time it is possible that within secondary groups, primary groups can form as relationships become more intimate.

Now let’s loop back to the brand side. When we talk about lifestyle brands, we talk about the category that was born out of the paradigm shift that took off when brands made the transition from functional to symbolic offerings. That is to say, they divorced from demographic needs (linking offerings to age, gender, or income) and stepped into specific psychographics (tapping into aspiration and lifestyle, regardless of numerics). To bring some of the best examples, just think about fashion lifestyle pioneer Tommy Hilfiger in the 90s, and those that followed his trail in the next decade, including environmentalist Patagonia, satirically witty Moschino, or glamour-bomb Versace. This was tremendously advantageous because the transition provided them with an opportunity to unify brand elements addressing similar customers globally, at the same time, based on their specific lifestyle needs. They have defined an aspirational way of life through carefully crafted visuals, spaces, narratives, and have provided related products as a means to make a transformation between the ordinary and the extraordinary they have unspokenly promised. In short, they have identified and instigated secondary groups.

While the era of lifestyle brands was inarguably a significant shift, it was not until the emergence of social media, and in particular, via Instagram, that brands have begun to form more intimate relationships, and, with the involvement of brand ambassadors, a new paradigm shift began. These personas did not only allow companies to bring aspired lifestyle into life, but to exhume the intimacy, vulnerability, and personableness that was needed to shift consumers from being secondary group members to primary group insiders. The mix between aspiration and fundamental humanness incited closeness and brand loyalty. And so, brands continued to race to adapt brand tactics such as voice, language, or cultural imagery with the aim to mix perfect and imperfect images, and, with that, to define the benchmark to social yearnings.

SEE ALSO:Female Archetypes and Brands of the Mind

To give a concrete example, think about “aspirational realness”, the epitome of the new “cool”: Relatable with a feeling of non-manufactured, non-chicane (well played, Glossier). Implicitly, of course, aspirational figures are now benchmarks for social transformations for common folks – the promise of ultimate success, barely out of reach. 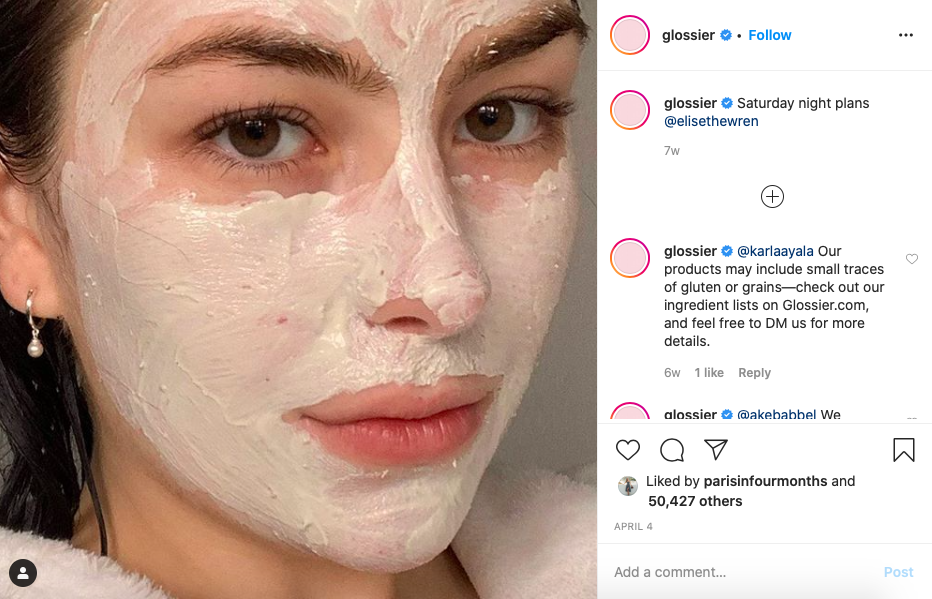 To make this course more dramatic, the power of reference groups is further accelerated once compared to groups that an individual is not part of. Sociologists call this “ingroup” versus “outgroup” dynamics. The ingroup is the group one associates with, and the outgroup is one that does not belong to. Ingroups are internal lighthouses that generate common ideas, values, and role models that their members aspire to. But moreover, they also define the dire difference between people who share characteristics and people who are excluded. Individuals will always believe that their groups are superior to others. Taste and aesthetics, for example, are commonly considered as “system of codes” adopted by social groups as a means for common language and conveyor of values.

For example, there is nothing inherently chic about ceramic vases, woven baskets, or Berber rugs. Nevertheless, in the last few years, these became symbols to sensitive, worldly, intellectual millennials. This imagery may leave members of other groups puzzled, or even bestridden. In the event of the latter case, the outgroup members will be likely to make a case in point, generating oppositional imagery to reflect their own values and to make a case in point for preferences. Consequently, the more powerfully defined one brand’s universe is, the more unique its voice, relevant its aesthetics, on-point its observations on the current zeitgeist, the more deeply its members will be invested and be juxtaposed against other groups.

The power of influence

Primary groups are exceedingly formational. They guide individuals in their personal journeys, shaping their lifestyles, hopes, and goals. When brands are able to become epicenters to primary groups, the role provides them both unprecedented responsibility and a supreme capacity of influence. Their impact can spill into the sculpting of modern societies when using social change as a means to the expression of the individual self, and can, ultimately, render social classes to “more” and “less deserving”. We have seen commercial tribalization at its best (winking at you, Fenty) which proves that market and social efforts can be profoundly intertwined and transformational for larger issues such as inclusivity in terms of race, age, or body. But, marketers, be aware, the social terrain is all, but neutral.