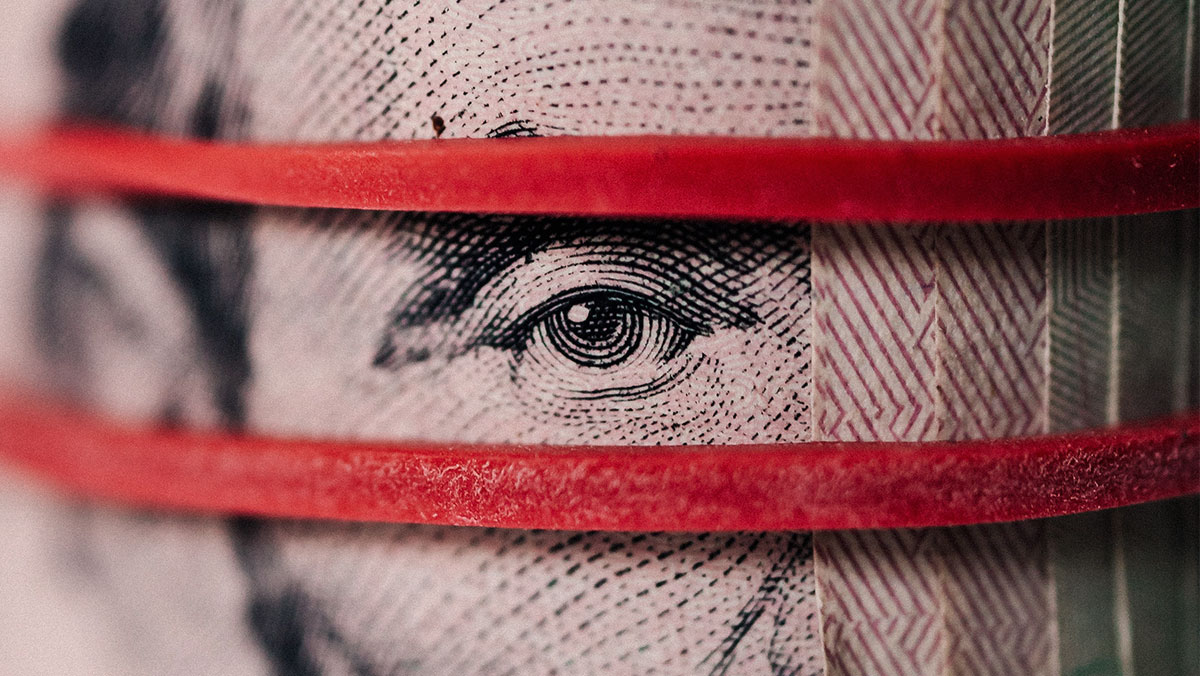 We’re in the middle of a global pandemic, and as a result, many industries are experiencing a tremendous amount of hardship right now. That being said, could some of the demise we’re experiencing have been alleviated, had the commercial environment been less engrossed with marginal gains, and more focused on long-term, sustainable growth?

People are undoubtedly looking to their leaders for guidance and direction in these uncertain times. CEOs are stepping in to lead their organizations from the front. For instance, Amazon’s founder, Jeff Bezos, who’d normally spend his time away from the front-line, is now “holding daily calls to help make decisions”.

SEE ALSO:Is It Possible to Grow Your Business in the Midst of a Pandemic?

We’re finding ourselves inside of a pressure pot. Whole industries are being put through the wringer due to the dramatic changes we’ve had forced upon us as a result of COVID-19. Some even paint the current situation as a war. Here’s how Ben Horowitz put it, “with Covid-19, the war isn’t necessarily between competitors, but against circumstance and supply chain.”

What Mr. Horowitz is saying makes sense. Businesses have to do what they can to combat the issues at hand, there’s no disputing that. But, let’s stop and think about this for a second. What if the issues don’t just come down to ‘circumstance and supply chain’? There’s no denying that this is true, but could some of the more fundamental issues we face lie deeper than that?

What is it that has brought so much demise to industries around the world? Is it the pandemic itself? There are exceptions, of course – the travel industry being one of them –but generally speaking, no, not entirely. Is it the fact that people stopped the mindless buying frenzy? Sure, to some extent, but not entirely.

It’s easy to blame things on what’s right in front of you. But what if the commercial environment itself plays a large part in the wider problems we face? Could it be that the business landscape has become so enthralled about short-term results, that we pay little to no regard to how things can be sustained in the long-term?

Let’s zoom out and look at the facts. The average holding time for stocks has fallen from eight years in 1960 to 5-1/2 months in 2020. Back in 2005, nearly 80 percent of CFOs at 400 of America’s largest publicly traded companies said they would sacrifice a firm’s economic value to meet the quarter’s earnings expectations. And companies are now spending more and more on buying their own shares with the aim to drive stock prices up, instead of investing in their own equipment or employees.

We’re also seeing more and more day trading apps pop up, with people looking to make a quick buck. It’s clear that everyone wants to grow as much as possible, as quickly as possible, without taking consequences into consideration.

With the commercial environment being so absorbed with quarterly earnings and short-term gains, it usually doesn’t take much more than a slight shift from its usual course, for things to start going pear-shaped.

How did we become so short-sighted?

There are a number of reasons why short-termism has become so prevalent in the commercial setting.

Today, there’s a culture of traders and analysts obsessing over companies’ quarterly performances. And they panic when poor quarterly results are posted. This culture has been enabled by the fact that company information has become so readily available.

The 2008 recession only amplified this culture, and we’re seeing similar things happening today, due to the current global pandemic. Those who manage other people’s money are encouraged to try and make it up in the short-term. Shareholders frequently advocate against business leaders who may post a year of unsatisfactory results, even if the very same company could perform very well over a five-year period. CEOs and other senior executives also often have their pay linked to their annual performance, meaning they have a personal interest in short-term profits. The workforce is also more transient than it used to be, with a lot of hopping between companies, therefore there’s pressure to show results very quickly.

The long-term incentive system is broken. Short-termism has become an institutionalized problem – in a report by McKinsey, they explored the long-term effects of taking a short-term strategy – providing further evidence that short-termism is not only bad for companies, but for the economy as a whole.

What happens is, short-termism leads to thriving boom cycles, which are followed by deep recessions. Next up is the inevitable rally, recovery, and the subsequent boom, which starts the cycle anew.

Great companies are built out of adversity

The pandemic is incredibly difficult for businesses to deal with. However, putting all of the issues down to the current climate is making excuses for a larger, systematic problem, which is how short-sighted we’ve become.

But that knowledge won’t ease the concerns for business owners that are finding themselves in trialing times. They don’t have the luxury of being able to think about the long-term, right now. Besides, what’s the point in doing that if the business has ceased to exist?

For many, it’s not about thriving, it’s about surviving. But from adversity comes strength.

What do General Motors, Burger King, CNN, Uber, and Airbnb, all have in common? They were all built during a recession. The difficult economic backdrop that they endured made them tougher and more nimble for years to come.

Granted, every business can’t become the next Airbnb, but that doesn’t mean you can’t apply some of their learnings.

So what can be done?

How to future-proof business

Let data guide you
Track the operational side of your business. A dashboard is handy for this, as it gives you the full picture quickly. Give it an update on a weekly, or monthly basis and compare results to previous months or years. Look for any trends that might raise red flags.

Don’t stop marketing
When it comes to marketing and acquiring new customers, one of the first things that typically happen during a recession is that industry ad spend decreases. This happens as companies scramble to protect their capital.

By all means, use advertising to grow, but don’t become solely reliant on it. Because if you do, all of a sudden, you’re no longer visible to potential customers when your budget gets pulled, which can have detrimental effects, both short- and long-term.

Extend your organic reach
Invest in SEO, content marketing, and the community – are all good examples of channels that can help with organic reach. By doing this, you ensure that you remain visible the next time the going gets tough.

Diversify your revenue streams
Don’t put all of your eggs in one basket, as they say. If something happens, which compromises your key offering, you want to have other revenue streams to fall back on.

Put it this way, there’s a reason why conservative energy companies are (and should be) investing in Research & Development around green energy models.

Be aware of your surroundings
Be on the look-out for influencing factors surrounding your business. Be aware of what’s happening around you, even if it’s not directly related to your industry.

For example, when more people got access to faster internet, consumer habits changed dramatically, which affected lots of different businesses. So, to prepare for this, you need to be on the look-out for factors that can directly, or indirectly impact your business.

You need only look as far as the camera industry. In came the smartphone, which completely devastated camera sales.

Lead by example
We know that the workforce is more transient today than it used to be. The same goes for senior leadership teams, who are also often incentivized to think short-term. Something’s got to give, and it should start with your company culture. So invest in your equipment and workforce.

Decide what the longer-term business objectives are, then work backward from there. Don’t let a bad result today, discourage you from being successful in the long run. Learn from it and grow.

Don’t get me wrong, this will be hard. Short-termism has become part of the integral fabric that makes up the commercial environment. Yet, it’s a flawed construct.

Besides, the most important changes to make are rarely the easy ones.

Invest in innovation
Change happens for a number of reasons and it’s typically out of your control. Change happens due to economic fluctuations, security breaches, political turbulence, new competition, the list goes on – the point is, they all have the power to drive change, which may impact your business negatively if you’re not prepared for it.

Sadly, at times like these, many corporations opt to scale back their growth investments or consider cost-cutting initiatives. Again, this is a result of short-termism.

You manage risks and long-term interests by controlling what you can. Innovate. Develop a process around implementing new ideas with the aim to generate additional value for your business. It may entail the creation of a new service, product, system, or process.

The main source of a company’s innovative ideas will, of course, come from its employees. So invest in them, and let innovation become a key pillar in your work culture.

The companies that will do the best long-term are those that accept responsibility for the things they can control. There are strength and resilience in flexibility, to be able to maneuver and reposition quickly, dependent on how the market environment shifts. Companies that are reactive, or even better proactive, in the face of external risk, will be in a stronger position to weather oncoming storms.

So don’t take the wait-and-see approach, or put in place defensive cost-cutting measures. It’s times like these that show you the importance of preparation.