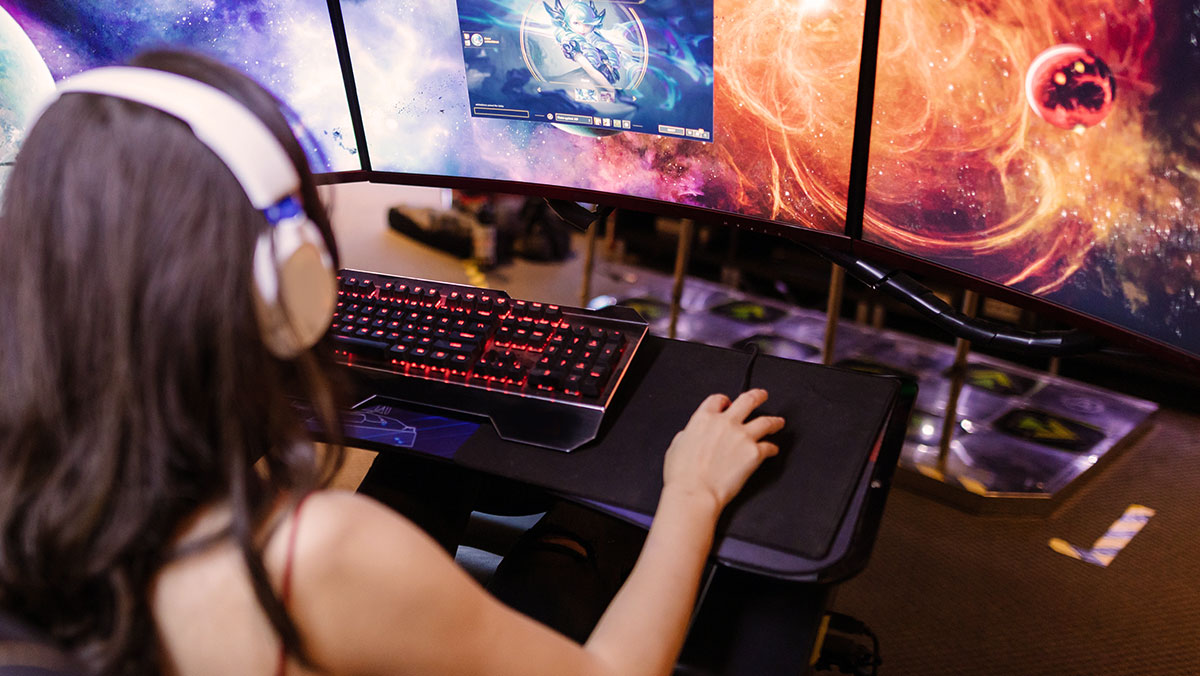 The global eSports audience currently sits at 474 million and is predicted to reach 577.2 million by 2024, according to Statista. Despite huge leaps forward in the last decade, the industry’s growth is still accelerating at a rate of knots, and with its growth comes an exciting potential for brands around the world to tap into a previously hard-to-reach and hard-to-engage audience.

The reason that this audience has been previously so hard to engage lies in its demographic: Research shows that 32% of users who watch eSports tournaments worldwide are between the ages of 16 and 24, while 30% are 25 to 34, and 19% are 35 to 44 years old. This means that almost two-thirds of the audience falls into the Gen Z/Millennial bracket. As digital natives largely raised in a connected, online world, they are both hard to reach with traditional advertising and resistant to corporate messaging.

The eSports audience cannot be defined as a single, homogenous group with broad, sweeping statistics (as discussed in my previous article). The diversity of those consuming eSports media continues to advance at a pace.

SEE ALSO:Why Brands Have Shifted from “If” to “How” on Engaging with eSports

As with any industry, the activity of brands is reflective of overarching brand values. In the case of eSports, marketing to this demographic means that brands have an opportunity to associate themselves with a young, modern, and rapidly expanding audience in a way that is authentic.

However, the potential reward isn’t without its risks – this particular audience is a very volatile one. Esports fans have been known to renounce a certain brand if they consider said brand’s behavior is generally agreed to be bad or inconsiderate, both in eSports specifically, and on the broader global business stage. A brand must convey a genuine understanding of the space they are entering and show commitment to it to see success.

For example, Red Bull’s sponsorship of the highest-earning eSports squad in the world, Team OG, has been very positive, in that Red Bull is able to offer the same caliber of training, facilities, and networking opportunities to eSports stars as it does to traditional Formula One athletes. Red Bull also adopts a similar approach to forming partnerships as the eSports audience – it will only choose to partner with someone if they have a similar mindset and brand values, alongside a desire to do things differently. Hence they have become a cohesive and consistent partner.

Alternatively, brands like Aldi have not seen such success. In 2019, Aldi launched its ‘Teatime Takedown’ campaign, where parents were invited to call upon a squad of professional players to ‘take down’ children in online games – with the aim of getting them to the table in time for dinner. This campaign was rightly lauded as the “worst eSports marketing campaign of all time” by eSports fans, as it suggested that gaming results in bad behavior, whilst promoting bullying tactics from unknown strangers to rid children of their hobby.

It might be tempting to put this “volatile” reaction down to the unruly behaviors of gamers and eSports fans, but it actually comes from accepting the same outdated stereotypes we covered previously. Gamers can and do come from all walks of life and, in fact, their reaction to this is more reflective of the Millennial and Gen Z’s expectation that brands demonstrate more authenticity and actual consistency in their partnerships and marketing choices. In a world where the consumer reigns supreme, is this not something we should all be demanding, and to which all brands need to be sensitive?

According to a new study by American political consultant Frank Luntz, a little over half of those under 30 in the UK have stopped talking to someone in person or online because of their political opinion. More than a third of people aged 30-49 have ‘canceled’ someone, compared to less than a fifth of people aged 50-64. This shows a definite trend – younger generations are more willing to express their opinions with social action when values are misaligned.

Slacktivism and rainbow-washing are being called out by younger audiences. Brands must show a genuine understanding of the causes they choose to support, and will see backlash if they jump on board with a trend as nothing more than a money-making publicity stunt. This absolutely extends to the eSports audience, which simply wants to see a company’s genuine understanding of their passion, from brands whose sponsorship can really make positive change in an industry still in its infancy.

If the company is successful, they are able to tap into an extremely loyal and engaged audience – gamers and eSports fans worldwide watched a record-breaking 27.9 billion hours of content across all live-streaming platforms in 2020. Furthermore, gamers between the ages of 18-25 spend 77% more time watching other players online than watching broadcast sports, over 60% of eSports fans on Twitch do not watch linear TV on a weekly basis, and half don’t have paid TV subscriptions – according to a study by Nielsen. From a value perspective, it is also worth considering that this audience is primarily made up of high-income households.

Ultimately, successfully tapping into the eSports audience is difficult but not impossible. The only caveat is that a brand must enter the space with a genuine desire to contribute to the eSports community. We are still at the stage where major endemic and non-endemic brands are able to help shape the young industry as it grows, with the influence of being early adopters still up for grabs. Being held to a high standard of authenticity and trustworthiness while reaping the rewards of doing so is no bad thing.